When rendering the plogue ops to nstrument , the samples are only 500 ms long , while the settings are
duration: 500
Tail : 500
So it should be 1000 ms
Only happens with plogue ops 7
Examples showmn , first is plogue ops 7 ,
Second one is zebra HZ 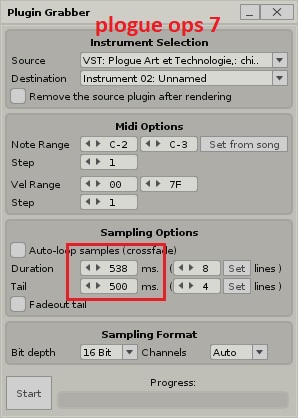 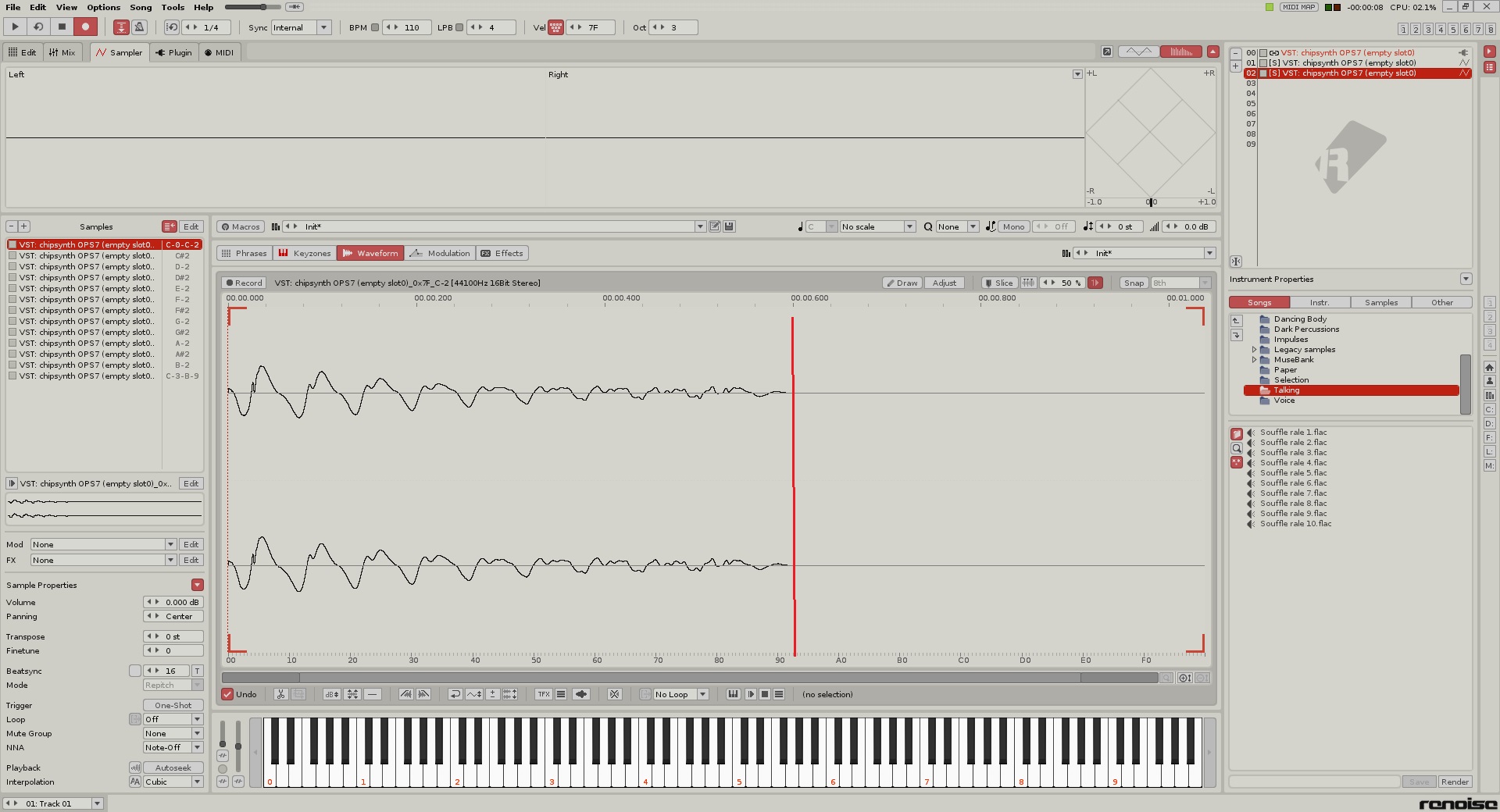 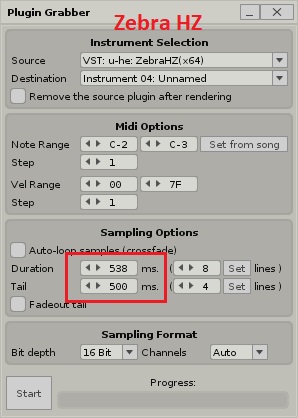 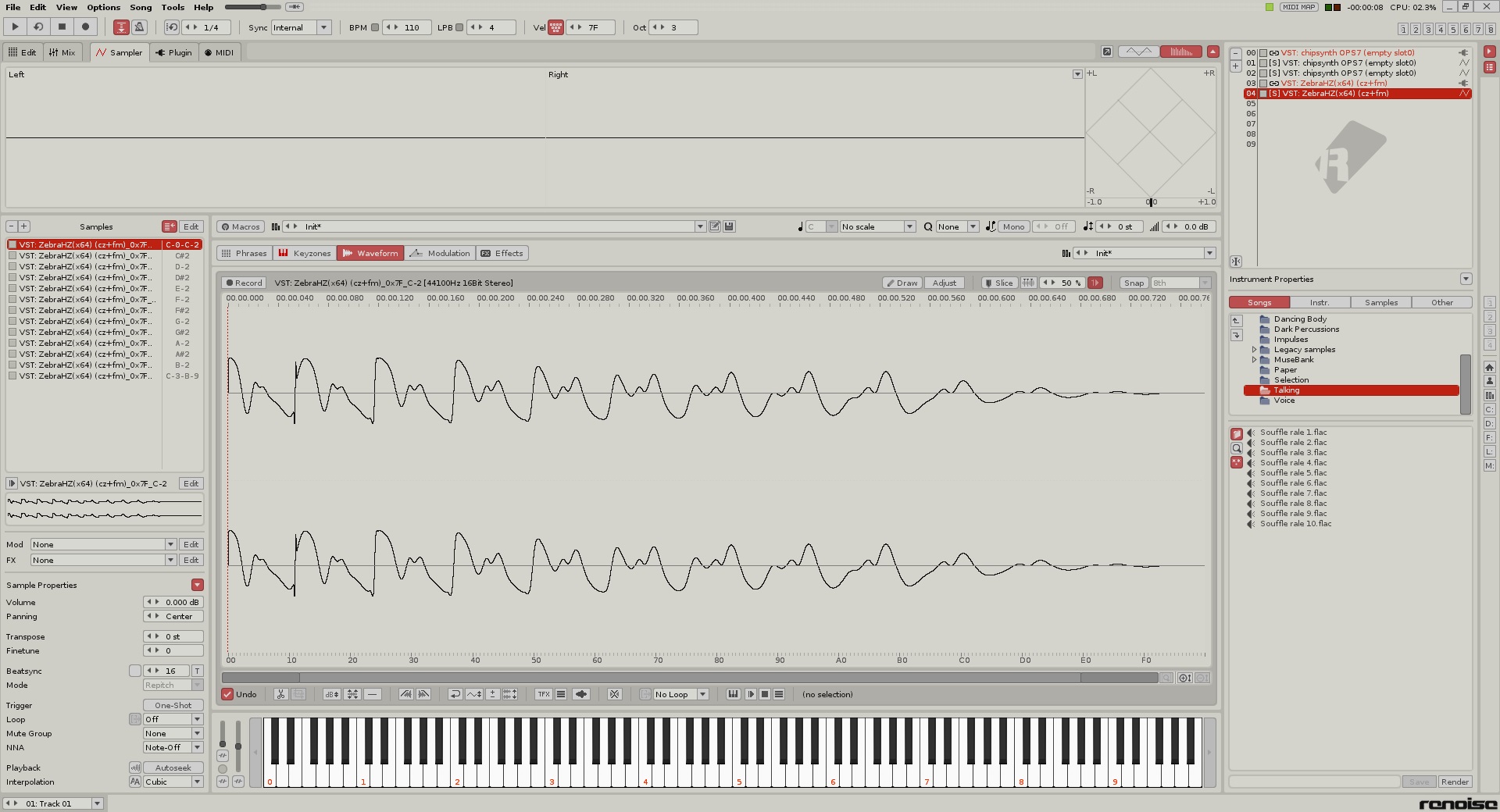 Didn’t they wrote that you shouldn’t pirate? Joke… that this is caused by wanted noise in the ops7 Synth?

No , that’s not what he wrote , since he perfectly knows that I bought ops 7
Let’s just say that the developer of Ops 7 is not a fan of Renoise build in instrument grabber .which apparently he confuses with pirating and or cheap skates who don’t want to buy the plugin .
Which is also one of the reasons why his demo vesions time out after 5 minutes of use .
I try to convince him that Renoise is a full fledged respected tracker maintained by an awesome coder .
I have the utmost respect for the developer and bought ops 7 on day one , but yeah it seems he’s not really in touch with the use of samples in trackers .
P.s… I don’t have any pirated software , all paid ! 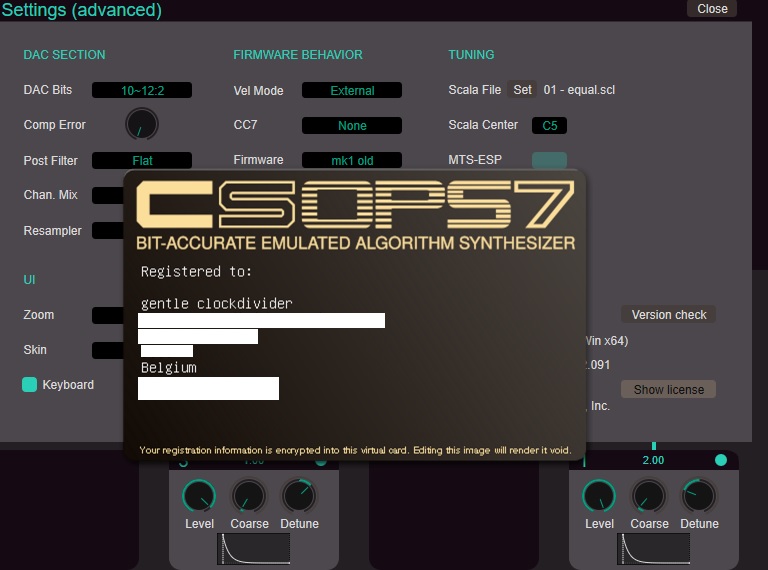 Sorry, didn’t meant that you pirate software, it was an ironic comment, because I also can’t see why sampling a synth is similar to pirating. Samples are very retarded, a synth will always dynamically generate variations in the sound, if programmed right, that’s why I also don’t get the point here. I think no one interested in an accurate dx7 emulation ever would use samples. Maybe for drums…

Sure you lose a lot of the dynamic aspects of a synth when sampling and definately so with ops 7 .
Like I said , I rarely use the instrument grabber but t does happen on occassion because you then have acces to per note effect commands ( reverse , cut etc…) which you can’t do on midi data
Saying that samples are retarded is a bit far stretched , trackers are build around sampling .
I’ve created dozens of instruments and percusion sounds from my nord modular , tg 77 , r8m ( which is sample based after all ) and it opens a whole new universe .
Sampling doesn’t just mean to download the latest sample pack but rather getting creative with your own gear
LIke this dude

…pretty sure he also samples his own gear -breakbeats 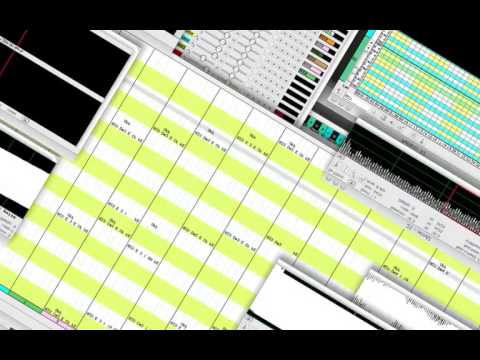