I got an old POS keyboard and turned it into a dedicated composer. Instead of changing keybindings I change buttons ;). 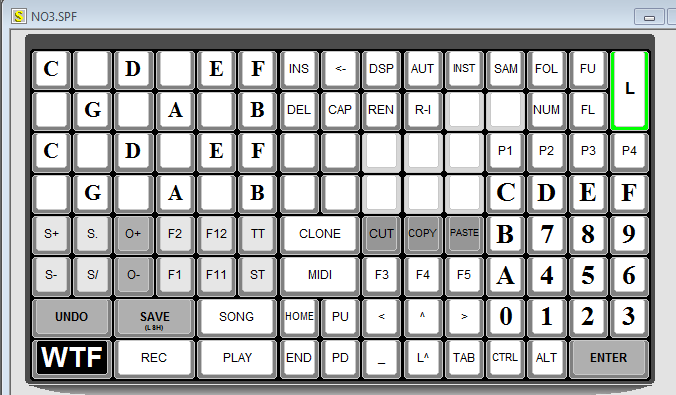 What does WTF do?

I haven’t really decided yet. It has been there since the beginning, it will probably launch Civ3 in the end.

Specific for Renoise is the Numpad; you can use it as an instrument selector and as a full hexadecimal pad for editing columns, thanks to the YinYang button. That layer also contains a full keyboard with keys in logical places, so you can still type stuff like this ;).

maybe you can make a YouTube video showing us how it works. I think youtubes like that are delightful and inspiring to watch.

Love it! Totaly awesome hack if you ask me. :lol:

WTF-button: Delete everything and start a new song.

Delete everything and start a new song.

And the WTF is because undo will be disabled

It’s a bit hard to tell from the photo, but it looks like there might be some mechanical key switches on there? Maybe they’re standard Cherry MX switches or something similar?

The lofi stickers and sharpie look is quite endearing, for sure, but have you also considered getting some nice custom key caps printed?

Places like WASD keyboards offer quite a nice range of options, although they’re perhaps a bit on the expensive side. Perhaps someone here knows a cheaper alternative.

Great stuff anyway. I’d also love to see a video of this thing in action, as A220 suggested

Those are indeed Cherry keys, so you know what will be the last stage of completion…Already looking forward, but it has to be near perfect first. Though it does have a nice punk attitude… Maybe all black as a tribute to Disaster Area;)…

Yeah that button…I’ll try to remember to post what it’ll do or will have done. Does FT2 run as a rewire slave? Whatever your opinion about my project, if you ever come across one of these things, GET IT and start playing with it. Just plugged in a forgotten nanokontrol and I got my own pocket studio.

On video, right now we are trying something with reggae. I am using Renoise in the composing process, since we are filming everything I can probably get some geeky side footage ;).

Here is one of our other Renoise-driven projects:

This is my home setup, made out of lost&found stuff:

Copperlan (and that is one of the reasons why)

to this are connected:

Casio CTK750 (someone put it out front, cut off the speakers&keyboard, and presto, 19 inch module

At first when I read your post I thought you meant POS as in “Piece of …”, so I was like “What in the world kind of keyboard is that?”, but then I realized you probably meant Point of Sale. This is really fascinating to me, although I can’t really grasp the reasoning behind your notes layout. Like where are the sharps?

But hey, if it works for you that’s what matters.

Haha didn’t think of that ;). It is shockingly old but the quality is outstanding. It is indeed intended to be used as a cashregister.

Note layout is two octaves in 4 rows of 6 keys, like an ergonomic chromatic typewriter. The final markings will probably indicate numbers rather than notes, as an inbuilt musical theory reference guide ;).

Even if you destroyed your precious cherry keyboard, it is nice work.

So I assume the sharps are just on the unmarked keys between letters?

Exactly. It’s like 2 guitar strings, tuned E, A# giving 1 octave reach on 2 strings with 6 frets. Ignore the letters, replace them with interval numbers and the pattern emerges ;). No need to remember scales anymore.

I’m afraid I don’t understand. Maybe if I actually played on it I would get it. Anyway still really cool

I love this idea. it would be great one day to see a Renoise “controller” along these lines, like a renoise push or maschine :lol:
a few of these POS keyboards have touchpads which would be cool to implement some how.

Interesting, but can you press 10 keys at once and have them all sound? But, then I suppose there is no need as you have all the keyboards…I guess the layout is something like linnstrument, but with keys. Interesting setup.

I’m thinking to get something like this, but it’s a bit expensive: 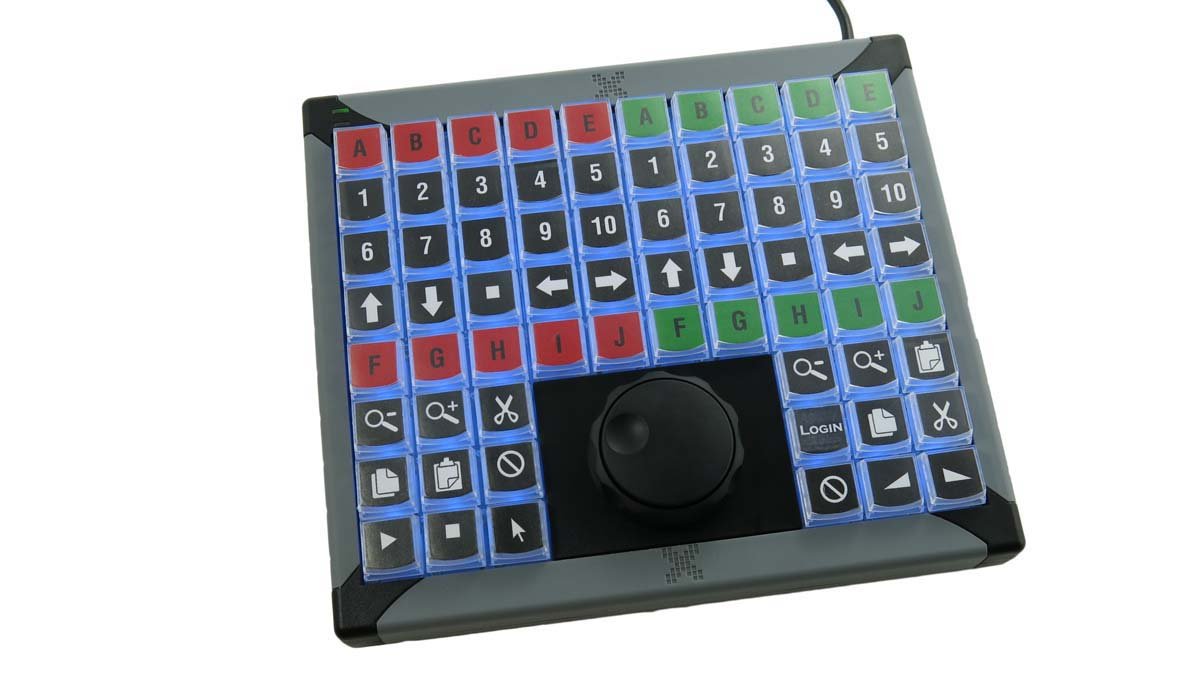 Final version of Renoise controller on the left. Custom keys will be printed eventually ;). Mixer is now keyboard controlled instead of previous setup with NanoKontrol.

The note input is more like using a drum machine.

Some version of this still wants to be built (MIDIbox based), maybe some day.