Renoise Crashes the One Synth Challenge by KVR Audio 2022!

Have you ever tried?

I have tried thousands of time, even on labelradar lol . Nothing

Concerning the competitions line :In 2007 i have participated in many of imeem . com’s - “before they close it down” - competitions with no results at all. I used to participate in every challenge that [metapop] launched every week, from 2015 till 2019 - false results. Even the 3d place was a way beyond my tracks.
I have participated in ISINAs competition in 2015 as a composer, got the 1st place after the voting stage, then in the next day i was downgraded to the 17th place “suddenly, without any explanations”… It was the 1st alarm for me lol (My isina page is still functioning on their site and they refuses to delete it). 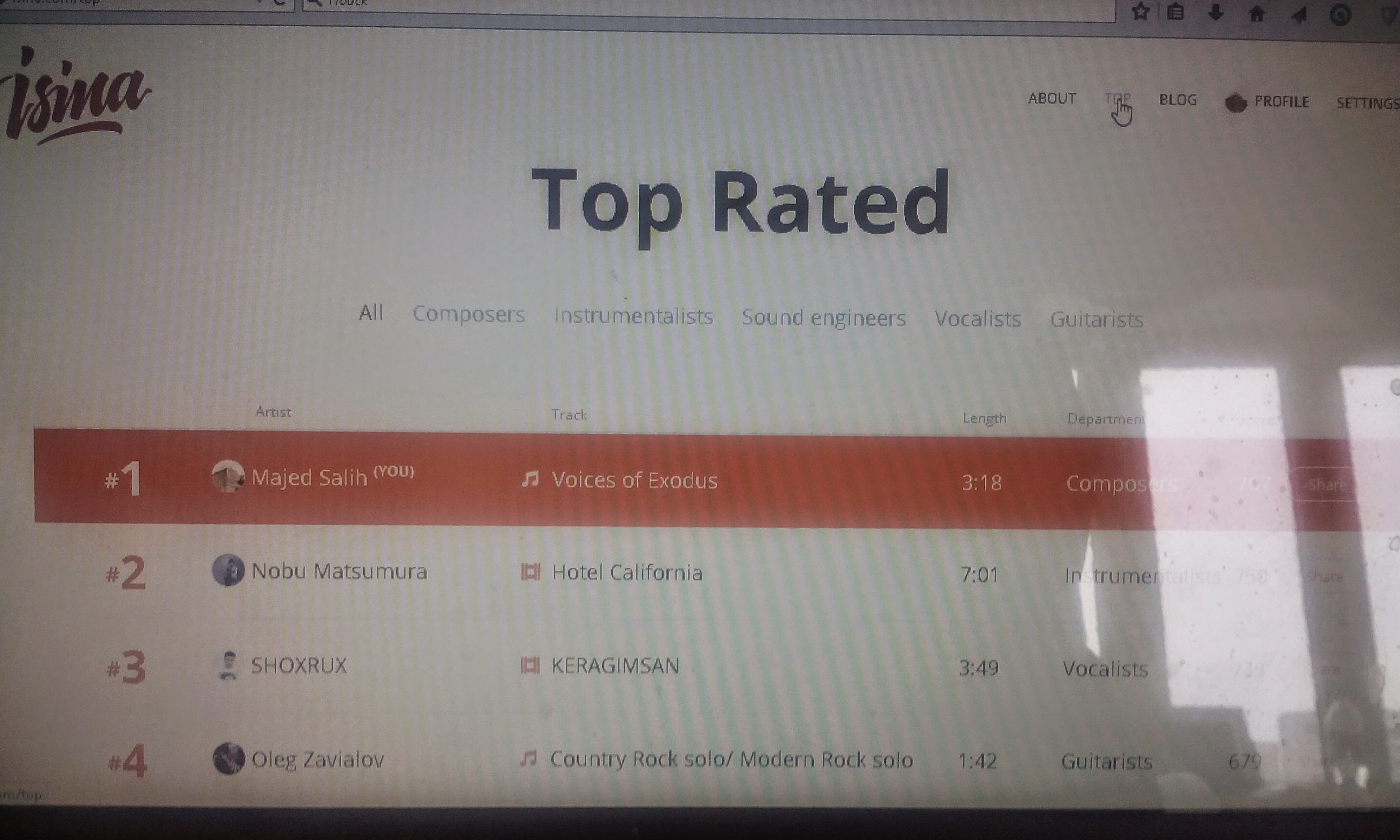 I have participated in International Sountrack writing competition in 2017 - zero feedback.
and so on…
In the end, i took a decision in 2019 to stop participating in any competition, challenge or any contest, finally and irrevocably.
Same stories patterns happened with my demo submissions to any label (Since 2008) - zero results.
Thats why i have a 100% confidence to assume that i am blocked, maybe in energetic grade or something, from winning competitions, lottos and stuff like that

You’re making a mountain out of a mole-hill.

@Medievil-Music is cool with us.

Well, now that I listened to your track, I am impressed. Very nice. I actually installed that Synth quickly and was already annoyed about the limitations and is gui, so extra respect for that

on the other hand I would have listened at first visit, if your title wasn’t so misleading

Any of the titles that iv mentioned above can be considered as a misleading or a clickbait. A guy up there explained that Crashes and Bugs are reported in other section of this forum “Help, support and bugs”, not in General one. I always write my headline like this, did not get any complains through many years.

Everybody does that. Just go and check the General Discussion tab.

Hi. I get point, it spiralled slightly i will consider it into the future. [i will!, i will overthink it for minimum half of the day ;D]
But it was reaction to reaction. My first post and main message was that hey this is clickbait, we can live without those, please consider not to make those in future. Because we don’t need it as society its annoying and very light bad plus very lightly bad on thread title. Thats all.

Rest was reaction to form of his reaction, and answering his questions. And because you and other people interpreted it other way, i will take this information and make changes in form, i will learn from it.
But still i would expect in future that we dont need clickbaits so please @Medievil-Music dont make them. Anywhere. Because clickbaits are one of lowest form of promothing anything, i stand by this. That was only thing i was asking for. To consider being bigger than this.

As for example also both @ffx and @OopsIFly also saw this title as missleading and interpret it wrong, what would be easy to avoid by avoiding clickbait.

[And i explained that on main renoise page there is feed where there is no information about from what type of forum tab thread is from. its list of all new topics without difference. so this argument isnt completly valid.]

When i was posting first post, my dream version of this conversation was

In the end, i took a decision in 2019 to stop participating in any competition, challenge or any contest, finally and irrevocably.

That’s probably a wise decision. Competition also means a sort of pressure, and pressure isn’t good for creativity, at least in most cases. I would say that the great majority of competition songs suck anyway. Furthermore your songs are judged by WHO exactly? Right, mostly “nobodies” with a weird taste. I never participated in any music competition and it’s very likely that I will keep things that way. It’s about the fun.

Everybody does that. Just go and check the General Discussion tab.

I just want to point out again that the headline of my thread “Your history as a musician” is the opposite of clickbait. Seriously! It’s exactly what the thread is all about.

I really do not know who judged those tracks. Most of them were judged by the “organizers” themselves. Even the “giveaways” that being announced every week by almost every major audio companies like “Nvati-n, Artxx-ria…Izo-phxp…etc” and mass emailed to everyone of us with a “100% clickbait Free headlines” are not moderated. I mean, we do not know “and never will” the Mechanism of selections. They just announce some “winners” after a while that we will never hear of even in a year after collecting thousands of email addresses and phone numbers. Btw, have you ever won a giveaway from any major audio company? Any controllers or synthisizers? Since 2004 i did not know even one musician that ever won even a plugin pack from those giveaways lol

It will be interesting to get known with one tho))
About your headline, i picked it as an example for a headline that does not contain the word “Renoise”, as it was posted in General Section “like mine”.

Some of them has no relationship to Renoise itself at all.

Sorry for choosing it

At this point I just want to say that the tab “general discussion” is about general discussions, not about Renoise only, Otherwise the tab’s name is wrong. But nevertheless Renoise matters more or less in most of the threads you can find there. Of course, this is the Renoise forum. It’s not necessary to write the word “Renoise” in every headline, is it? The thread “Your history as a musician” contains Renoise, too. Of course, those who are posting here are using Renoise, so their history as a musician usually ends up in Renoise. In some cases maybe next to another DAW, but Renoise matters. Always!

They just announce some “winners” after a while that we will never hear of even in a year after collecting thousands of email addresses and phone numbers.

Exactly. Just like any other contest you can imagine. Primarely it’s about your data, no more and no less.

Btw, have you ever won a giveaway from any major audio company?

Luckily I’m not interested in any giveaway from anybody. Of course the answer is no.