Renoise Crashes the One Synth Challenge by KVR Audio 2022!

Hello all !
This track has been made especially for One Synth Challenge by KVR Audio 2022!

Welcome to OSC158 - Surealistic MG1 Plus by Cherry Audio

I have never won in any competitions in my life, so I decided to participate as an inspiration for subsequent participants (not as a contender).
You can use any sound from my presets in your future tracks.
All sounds were created using ONLY the CherryAudio’s Surrealistic MG1 Plus Vst synth and Renoise. No samples are used.
All the DSPs / effects are Absolutely Native (no 3d party vsts or effects)
You have the right to use any sound/preset in your future submissions, tracks or anything else. They are FREE. 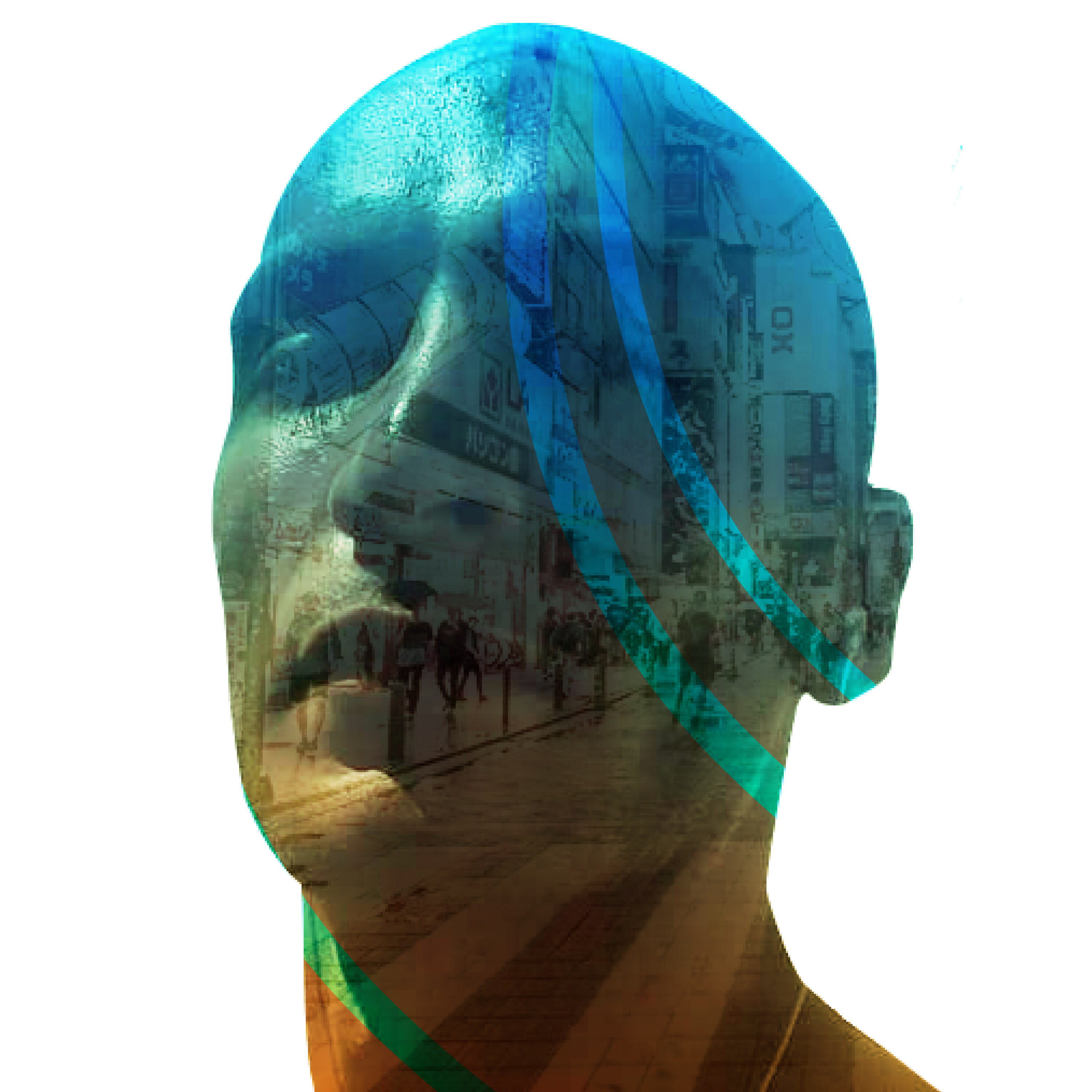 *More instructions inside my zipped file

I think using word “crashes” next to name of software and in most of sentences is bad, there is pretty much clear bad association with word crash and name of any software, please try to avoid in the future.
I’ve clicked thread to check if Renoise is crashing because some of synth and to check if i should avoid some synth in Renoise, but its not the case. Yet if somebody would google “renoise crashes” it would be one of topics that would show up, so it digs very small hole under software that you seem to like.

What about “smashes” ? You have clicked the thread - means It worked @_@

Yes, thats called clickbait, mud of the internet and one of the lowest form of promotion. If you define success to make me click video once in the lifetime - it worked, if you think about making me support you and follow - it cant work any less, and in many places will end with ban.

Smashes is ok, its still clickbaitish but dont have negative aspect with software.

Everyone who has known me here for decades knows how I style my post titles on this forum. And everyone who has been working in this industry for a long time knows perfectly well what KVR Audio is. I don’t understand where you get such a necessary desire to dictate to strangers how to deal with their headlines in the forums, finding pieces of “Negative association with something” in a CONCRET SENTENSE that can not be pronounced Apart : Renoise Crashes the One Synth Challenge by KVR Audio 2022! It’s just a headline to raise the interest to the contest Itself, not to my Persona. Im not seeking support in here as I created this post in support of Other Members who will participate and use MY FILES FOR FREE.
Apart from your nickname, I don’t see anything positive in your statements. And not in one.
Sorry dude, but you can get by here.

My nickname is sarcastic that first but beside any point and its lowest form of discussion, reacting to somebodys name? syriously? I dont make jokes about evil and mediaval bahaviours? do I?. My post was positive, positive that we can make better conversations, and positive that we can promote Renoise in way that promote it and dont “hurt” it. Positive towards Renoise.

Second one you are really overreacting, i asked you for benefit of Renoise not having “Renoise crash” in search terms results like that, and pointed to why it does matter. I calmy stated why there it is like this, because i understand internet and not everybody needs to, so i thought that maybe you will read it, think “oh he has point i will not hurt Renoise team like that anymore”. So you act to the detriment of software you are using. Using phrase “renoise crashes” hurts renoise position on search engines and hurts people who will search answers for their crashes if real one will happen.

And sorry but its not up to you to tell me to get by here. And posting for decades like that doesnt make this right, like building building with asbest for decades didnt make it less toxic. Or slapping your kids. That your wording is tollerated here by “everybody who knows you here” doesnt make it right.

And why you reacting like that? I thought that with title like that would make you appreciate any form of raising topic up?

I give it you FOR FREE. So you want to make people click but only those who will praise you?

Please don’t make this thread longer that it needs to. Have a really reaaly awesome day last of the weekend! Make some nice music, some more presets, anything. i really really want you to have one! And next time consider not making title like that, thats all im asking, consideration, and that was all it was and it is.

Renoise Crashes the One Synth Challenge by KVR Audio 2022! There is context in every phrase. Read it all , not apart. Example : “Im totally blown up by Renoise’s capabilities!” Do you stop reading on the half way of any sentence? “Im totally blown up” should be reported immediately then from your point of view.
You find your own nickname Sarcastic, while my headline is as serious as a WW9 announcement that needs to be changed asap…
Why didnt you see the positive Context of my post " It is about giving a startup inspiration so people can participate in a contest that i am not even a a participant in lol"
I am not even in need of those advices. Nobody agitated me to create a diverting links to the KVR challenge 2022.

[quote=“mr.Positive, post:6, topic:66964”]
And sorry but its not up to you to tell me to get by here. And posting for decades like that doesnt make this right
[/quote] Nobody complains about my headlines because they got used to it over years. They all sound like this. You just picked a word out of a context. Team Renoise would have Flagged it as closed thread Immediately if they found it unacceptable here.

Have you even downloaded the files ?

lol reading forum other topics to find something to use to discredit topic. Third sign of conversation and arguments isnt going well. lol - clickbait, name calling, reading history to check if you can dig anything to discredit. OMG. move on. I asked if you would consider not using words like this in future for benefit of better conversations, better culture of conversations and because of search engines. THATS ALL. You think about, make own mind if i have maybe valid concern, do something about this or not. You decided to not do anything, ok i understood. Accept my stance, i’ve accepted that you will not. Move on. But I will always voice my concerns when i think there is something possible for better change.

Nobody complains because they used to ? well i don’t, so i pointed out. If i would go to party, and somebody would shit on center of the room, and i would say hey maybe you shouldnt do that, and you reaction would be “well other people at this party doesnt seem to have problem with it”. Maybe they dont care, maybe there is no law that says that you can’t, but it stinks, and sometimes it needs to be new guy to voice things out. Comparision of course over the top but this type of rhetoric you are using. Also silence isnt always sign of acceptance, its very often sign of “i dont care enough to point him to not behave like this, because maybe he will drag this topic to the end of the time”. And they would have a point because rest of this topic shows that you arent capable of normal conversation.

We are not Search Engines. I wrote this post for Renoise Users. Those who want to make benefit out of it will do. I think that team Renoise would have asked me Directly if something was wrong with the headline from the beginning.
I am not going to participate in your cue.
Have a nice day.

I’ve also once made a tune that crashed renoise so reliably that I made a topic out of it. But here is the wrong sub forum, you must to post it as a bug report so it can get fixed (if it is not fault of the VST…)

There is no bug and there is no crash. But nice to see that somebody understood it like this also. This is his way to clickbait to thread. He could also use “Renoise sucks!”… and after you click you would see that its " air out of competition". Thank you for proving my point. I’m out.

We are not Search Engines.

so we should use better topic threads titles and clickbaits, and we should listen other people when they show you that you easily without any cost can have better next titles for both users and search engines. For benefit of people bot forum users and Renoise developers, and for benefit for any other conversation you will have in future. Because good part of being human is having conversations and trying to do better.

just go and check the General Discussion tab and make a comment. Some of them has no relationship to Renoise itself at all.

Again, have a nice day.

Would you consider any of those titles clickbait that can be interpret as “renoise is crashing when you play this perticular song from one synth challange” like this one was not only for me, just to be shocked to see that there is no crash at all?, or shows anything that shows Renoise in bad look? [if i answer for me would be yes i would point to it there] Is it safe to assume that Taktik will not click any of those topics with worry that maybe he needs to do some work because something doesnt work and crashes? Would two wrong make right if there would be one?

btw. one thing you can be not aware. Forum type as General Discussion is ignored in main page when you only see title, so you dont see that is general discussion thread not bug raports. And its there, thats why i’ve clicked it on first time, to make sure nothing will crash on me.

Again, have a nice day.

I didn’t expected anything, clicked on the title, wasn’t shocked, but enjoyed your marvelous song. Thanks @Medievil-Music

The headline is understandable, there’s a competition this year by KVR Audio called “One Synth Challenge” and you want some Renoise stuff participating. Anyway, for those who can’t read straight or don’t understand english that good it could be a little bit irritating, especially if they’re rushing through your letters.

I have never won in any competitions in my life

Have you ever tried?

ONLY the CherryAudio’s Surrealistic MG1 Plus Vst synth

Unfortunately I don’t use this VST. But thanks anyway, it’s always nice to get some presets.

Your history as a musician

That’s my thread. The headline is absolutely understandable and clear. The tab “general discussion” matches perfect to the topic. And of course it has a relationship to Renoise, just like every musician who is posting within this forum. If you’re picking out my thread for whatever reason, you’re invited to post your history as a musician. Part of the story would be to post why you picked the name “Medievil-Music” even if you’re seemingly creating electronic music and not any “medievil” (neither medieval nor evil) music. It seems that most people want to keep their “secret”, their musical history. Anyway, don’t feel forced. Just do what you wanna do.