Renoise on a mini laptop?

Hi everyone!
I’ve been lurking for a very long while before finally deciding to sign in and join the fun

After having my chiptune period with LSDJ almost 10 years ago, that was my last experience with a tracker, and with making music in general. Just turned 29 and I feel like going back to making music, studying theory and everything.
For now my mid2015 Macbook Pro is holding on, apart from the battery, and that’s what I’m looking to run Renoise on, but I recently discovered tiny laptops like the GPD Pocket, or the One Mix 2S, or the Peakago, and I kinda feel mezmerized by those tiny machines.
Has anyone ever tried to use something like that for music production, and Renoise in particular? If I’m using more samples than VSTs, how CPU intensive is Renoise? Would it run on such relatively underpowered devices?
I was also considering running Linux, would that help?
Thanks in advance to those who will participate in the discussion

+1 for Linux. I use lubuntu 19.10 with the lxqt desktop. It’s pretty lightweight on system resources, Renoise 3.2.1 works very well and I’ve yet to have it crash. Samples generally eat fewer CPU cycles but it you choose vst’s with care, they work quite well. Another way to use a vst, if it’s a sound you have to use but is CPU intensive in real time, is to generate samples, save them and then create an .xrni instrument from them.

I’m not familiar with some of the specs on the devices you mention. What processor, speed and how much RAM would you have?

First of all, thanks for taking the time to answer

They are small 7-8" laptops, generally with 8gb of ram and older, smaller processors, for example the One Mix 2S has a M3-8100Y (here are the specs: https://ark.intel.com/content/www/us/en/ark/products/185282/intel-core-m3-8100y-processor-4m-cache-up-to-3-40-ghz.html)
I love stuff like Four Tet, which means I’d be learning how to chop and use samples rather than huge CPU intensive VSTs, probably.
I’m not scared by the smaller screen, as I’d ideally use the MBP for the bigger stuff, but I would love to have a tiny machine like that that runs Windows and uses the same file format so I can easily use the same project on both computers.

It will work but performance will be lacking. Not from Renoise per se, but Win10. I’d max out both the CPU and RAM specs if you have the budget for it no matter what mini you decide on. For traveling I use a 2015 HP Spectre x360 with an i7, 8Gb RAM and a 13" diagonal screen. I think you’ll be disappointed with 7-8" screen real estate. There’s times my 13" is cramped.

File format is no issue. If you transfer files between devices on a USB drive, Linux will read an NTFS file system among many others.

About Win10, that’s why I’d switch to a light Linux distro, to maximise performance.
Again, it’s more about giving myself a treat than anything, it’s just something I wanted to try

i suggest archlinux, if no, maybe manjaro, it’s tad easier to setup, but still lightweight…

By all means give it a go. I run all kinds of stuff on Raspberry Pi’s. Half the fun is doing the geeky stuff to get it working.

I hope my answer didn’t come off as “I’m asking a question then giving myself an answer disregarding other people’s input”, as it wasn’t my intention

If you think 8gb of ram could be enough, especially with Linux, there are a lot of relatively cheap options like the Chuwi Minibook which could get something done.

Also, I keep forgetting Sunvox exists, it runs even on microwaves at this point

i suggest archlinux, if no, maybe manjaro, it’s tad easier to setup, but still lightweight…

Yes Linux would be a good choice, I’m completely new to it but I keep hearing the right distros can give new life to older hardware.

Rule of thumb: get as much RAM and CPU as you can afford.

Frankly, I’d opt for as much CPU and RAM as is available for the device you want and/or you can afford. I run 32Gb on my desktop, 10Gb of which are used for a ramdisk and I have zero problems running anything.

Linux distros are like shoes, you might have to try on a few of them to see what “fits” you. Generally, they have a downloadable “live” version you can run off a USB stick so you don’t have to actually install it on your drive to try it out. Here’s a link that explains how it works. This is from Ubuntu but the principal applies to most of the available distros these days. https://ubuntu.com/tutorials/try-ubuntu-before-you-install#1-getting-started

Gotcha!
I got my eyes on this bad boi here Chuwi Minibook

I’ll probably have the cash to pull the trigger within a couple of weeks, we’ll see.
Thanks again for the great tips!

Your welcome. Let us know how it works out if you wish. If you do the linux route, I’m sure several of us here would be happy to answer questions.

Cheers and be well.

I tried to install Renoise + Linux on an 11 inch Intel i3 Asus netbook after my wife outgrew it, and while it ran, it wasn’t as nice as on a fully-powered laptop.

When I had a nice Linux laptop, I ran UbuntuStudio because of its low-latency core, which made it great for audio.

Nowadays I go back and forth between a 2012 MacBook Pro (home) and a 2017 MacBook Pro (work), syncing files over GDrive. This is fine because I always carry a laptop with me anyway (life of a nerd), but I definitely share your desire to have a smaller, simpler Renoise setup for live performance.

It’d be nice to get a 2-in-1 tablet/laptop thing that’s powerful enough to do everything you want to do in Renoise, has all the ports you need for connectivity, and then can transform into a tablet when you want a simpler experience.

This page is all about all the tablet computers that people have successfully installed Ubuntu on. 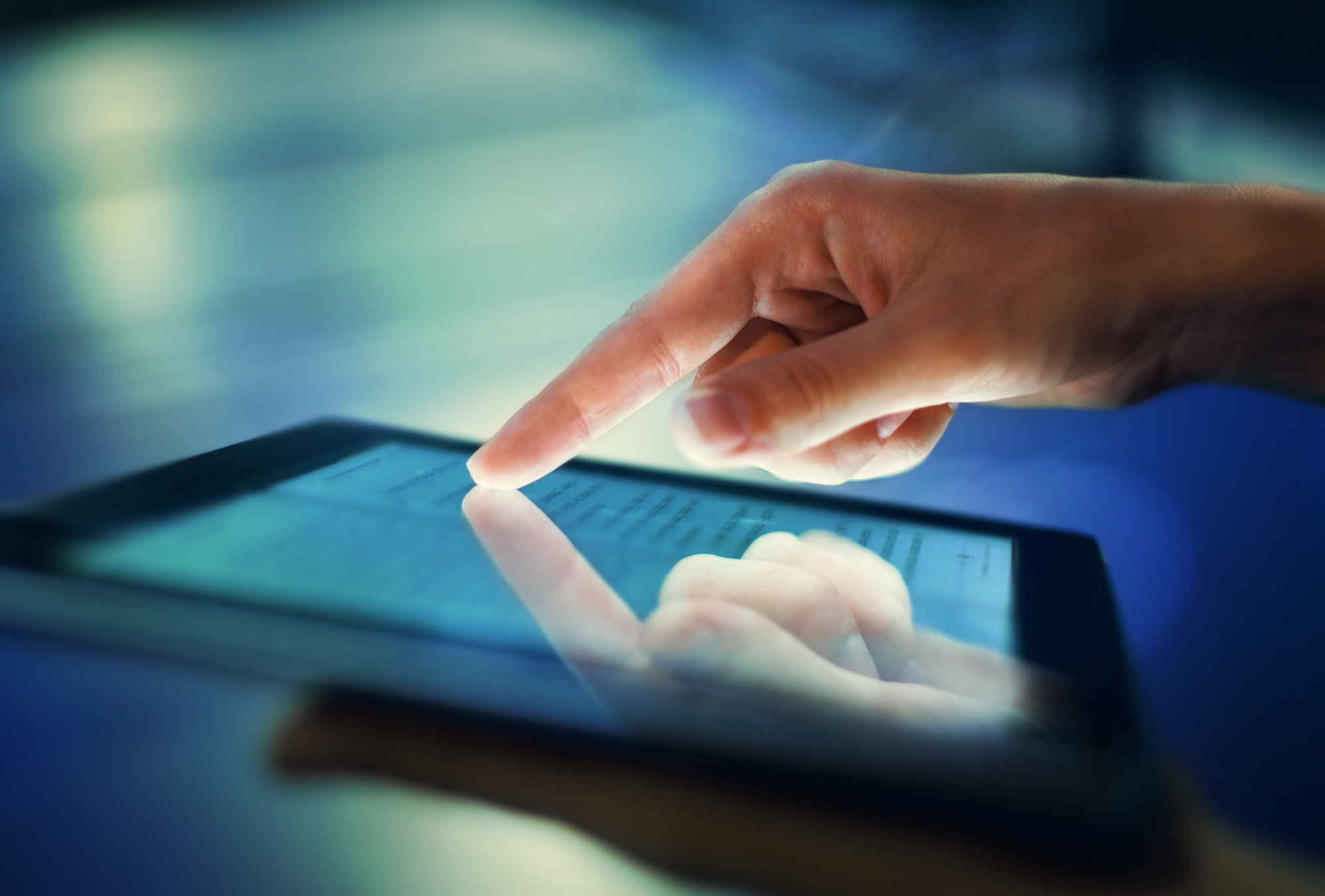 Our list includes the only native Ubuntu tablet as well as devices that support running Ubuntu as either a dual-booted or primary operating system.

While that’s interesting, I’m not sure Renoise would work well with a touch screen. If you’re not plugging in a midi keyboard, at least.
For the record, I was doing some digging today and much to my surprise I discovered that the 16gb ram Chuwi Minibook is almost as powerful as my mid 2015 Macbook Pro, god technology runs fast
So it’s merely a matter of money now before I order that little guy, I think

Now, if only I could actually write music…

I used to use an 11" MacBook Air and Renoise was literally the only DAW that was useable at that size (both screen size and memory wise.)

Especially if you try to do things the “tracker way”, e.g., use samples or bounce your synth down to samples, Renpoise is incredibly light on resources.

I just ordered an old laptop on Ebay, solely for Renoise. HP Elitebook 2540p, i5 4GB Ram.
I will install some linux (Candidates are Ubuntu Studio, AVLinux, Manjaro/Arch or gentoo studio) and have Renoise pop up right away e.g. like a “Kiosk” mode. I already started making my shortcuts more friendly and can’t wait. It should be usable enough for my needs.

That said, I do remember installing Renoise on my Asus Eee-PC (linux) in 2012 or so - it worked, but the screen resolution was not great and it did choke after adding some amount of tracks.

that sounds pretty cool, is it easy to configure such a kiosk mode in Linux?

I think so, one way might be to insert a launcher script into .profile, I believe that executes whenever you log in.