Renoise versus studio one cpu load with ABL3 VST

For all those who wonder >

Don’t get me wrong , I love renoise too bits …always have always will
But this is something else
Seven instances of abl3 before crapping out on me ( I have a an old pc , I know )
Studio one 4.5 , 18 instances and still going strong , no crackling at all 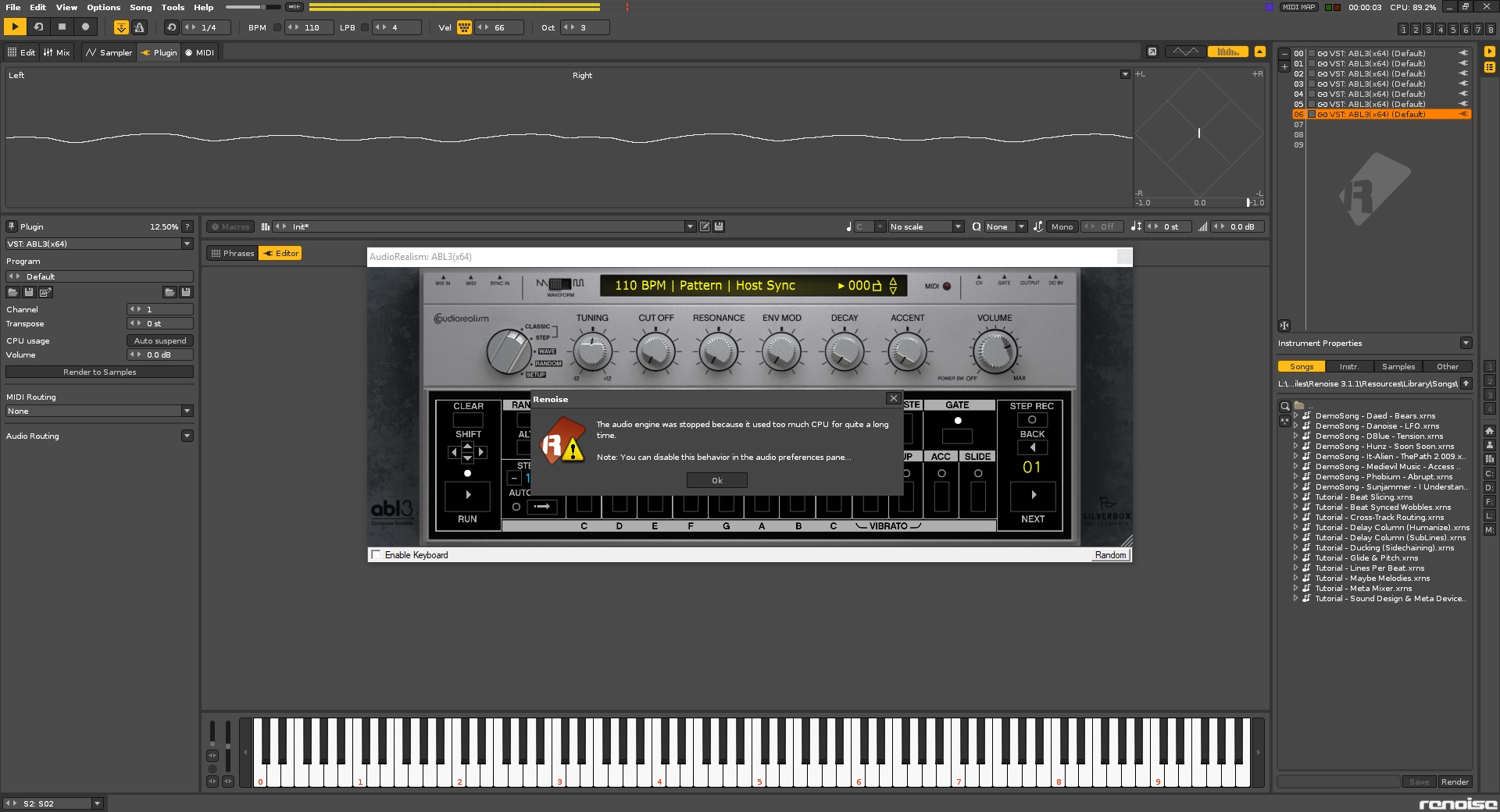 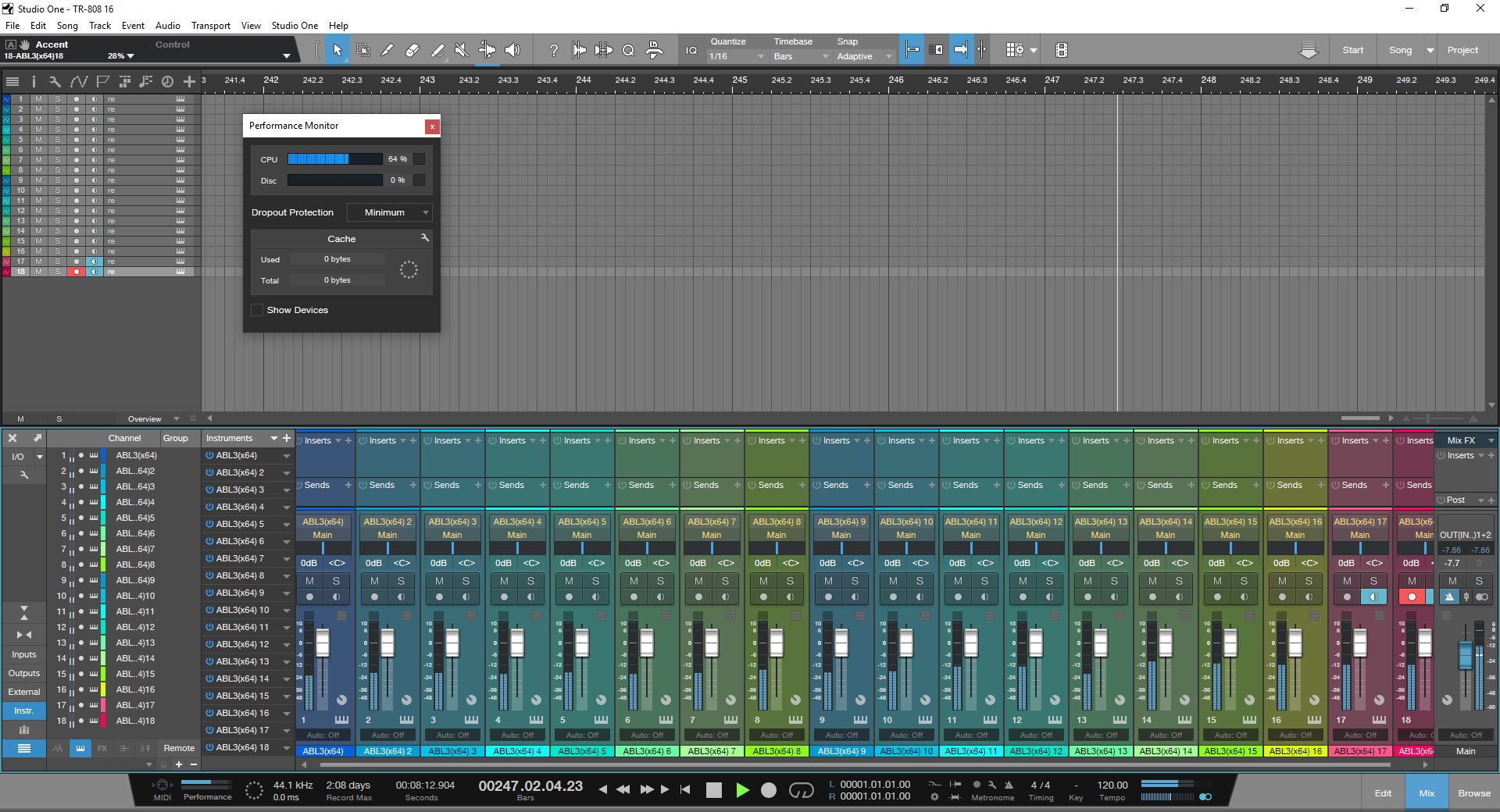 if you’re comparing something like that, make sure you:

18 vs 7 instances looks unrealistic. There must be something else wrong. Renoise doesn’t do/add much on top of what the plugin itself does and Studio One can’t magically “boost” plugins, so this quite likely will be some problem in the tests or a specific problem with the plugin. 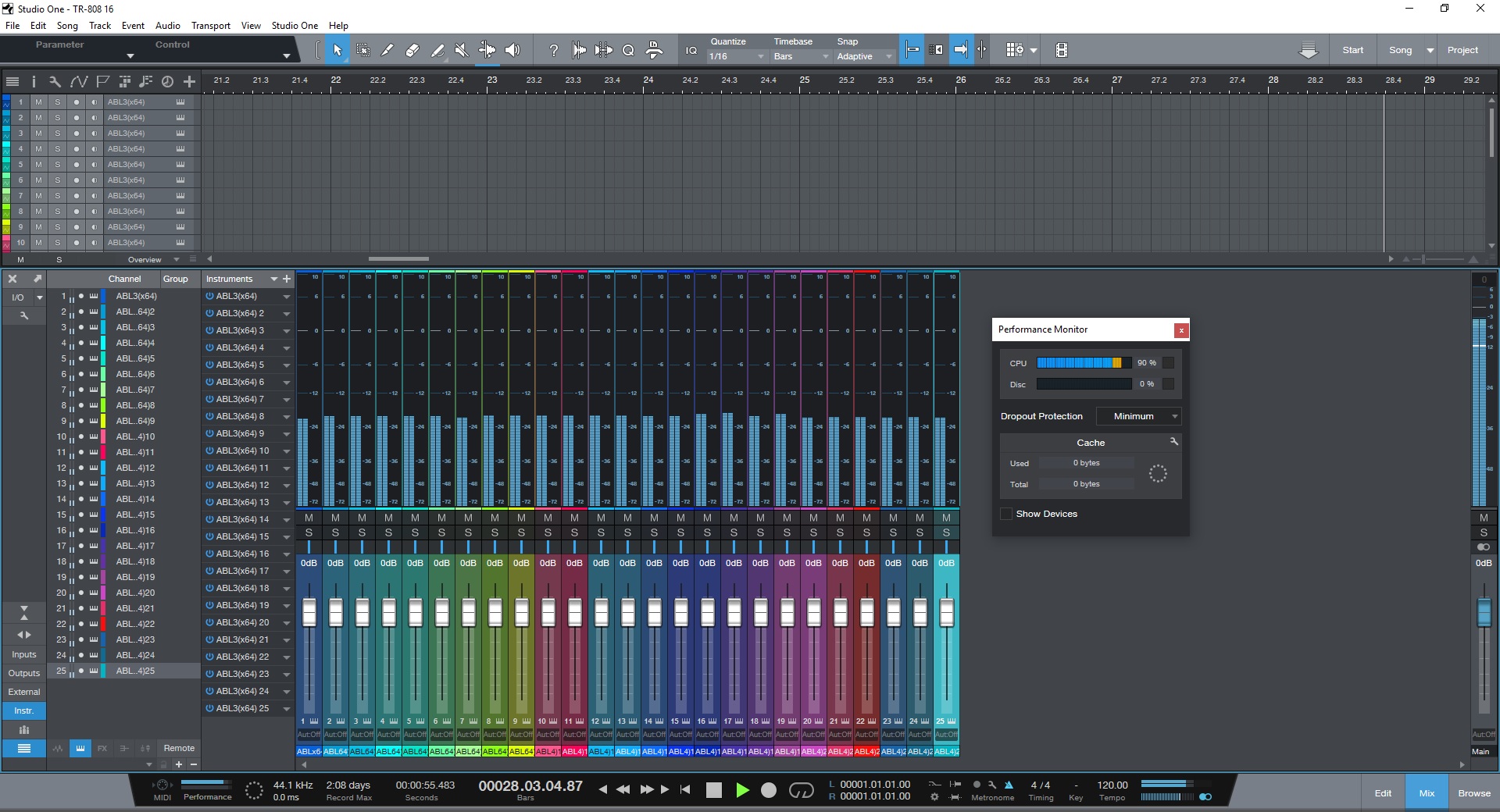 I even tried turning off üse ''static processing buffers in renoise , only 64 bit plugins on my system here
All instances of abl 3 are routed to a separate track , all cores enabled etc
I managed to cramp 25 instances of abl3 in studio one before crackling appeared .
Just tried again in renoise , no luck …can’t get above 9 instances
My p.c is from 2011 , intel i5

All instances of abl 3 are routed to a separate track

How? If you’r using ABL3s internal sequencer only: Are you triggering each instance with a (dummy) note in a separate track in Renoise?

I used abl 3 internal sequencer , and each instance is routed to a separate track
Abl3 has the abbility to start playing as sson as the host starts , or even plays without starting the host
I also managed to get 25 instances out of reaper
Presonus is using some kind of pre buffering technique ( which I read somewhere …) 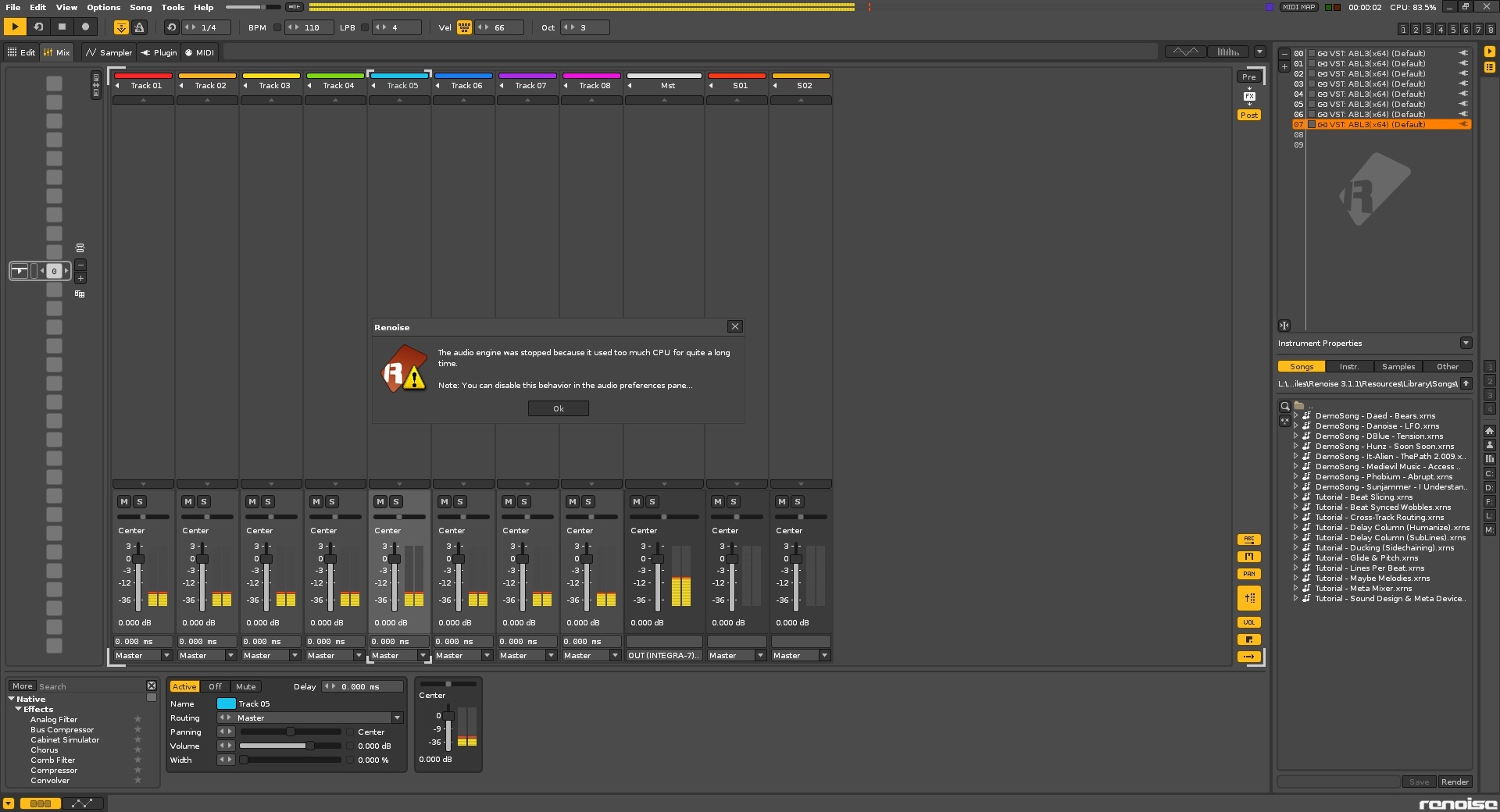 Are you triggering each instance with a (dummy) note in a separate track in Renoise?

Have you done this too? Setting up the audio routing alone won’t do the trick.

I did right now .
Each instance of abl3 is receiving one note only , disregarding the internal sequencer .
And each instance routed to a separate track (bus )
The results are the same .

Haven’t checked Studio One but I can play back ~28 ABL3 instances in Renoise, and 32 in Reaper before it crackles on my ancient dev machine here. Overall CPU usage seems similar. But Reaper seems to handle multi CPU scheduling a bit better in this case. So there’s a difference but not as “dramatic” as yours.

Could you try the same thing with some other VST, probably without an internal sequencer to ease the setup?

Talmod ( togu )
Each instance set to four voices , playing a major seventh chord
Both renoise and studio on , 21 instances …hmmm

I wonder what the deal is with abl3 , and why it has such poor performance in renoise

I did make some mistake , seems that the can run in multiple processing environment option was unticked .
But , it doesn’t always work from the first time