I am slightly confused by the RXY Command.

since the X Command is for lowering or increasing the volume, I thought it woul be possible to create rolling upwards or downward retriggers, so every retrigger is getting lower or higher in volume, it kinda reads like that’s the purpose of the effect, but when I only put 1 RXY command next to a note, it stops after hitting the next line and if I put multiple RXY underneath each other it just creates a stutter.

I guess it’s just not meant for that kind of effect or am I doing something wrong?

By setting LBP to 1 I actually can get the RXY to sound like I sorta would expect, since the Repeats are ringing out longer due to staying on one line for longer but impossible to write a track like that 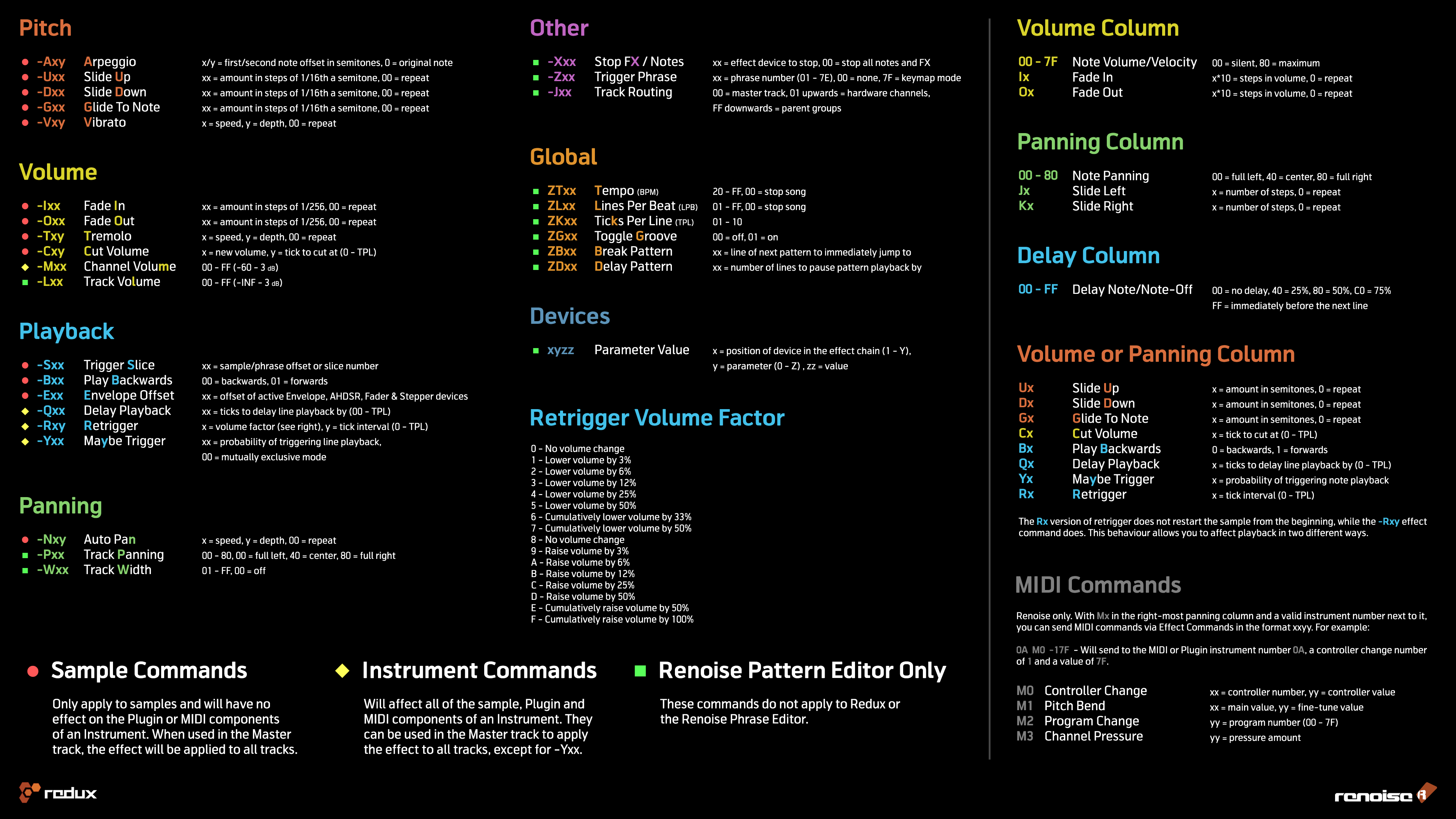 What value are you putting for the “x” in the -Rxy command? Also, the “y?”

The -R is for the retrigger effect command. the “x” and “y” are for volume and tick interval, respectively. The “x” can raise or lower the volume in a few ways, all listed under the Retrigger Volume Factor section of the attached reference sheet.

This command does exactly what you are describing wanting it to do if I am understanding you correctly.

Attached is the Command Reference Sheet from the Renoise Manual.

Increasing the TPL and decreasing the BPM of the Project may get you closer to the sound that you are expecting.