Was considering buying Xfer Serum for some sound design creation, but I see that Native Instruments released Massive X and it look pretty damn good.

Anyone got any experience/opinions on the two?
Can Massive X do everything and more that Serum can do?
Which would have more potential for sound design exploration? And not just dubstep growl bass sounds like every Serum video on youtube

Personally I am not that convinced by Massive X so far. Seems to me a bit like the old Massive 1 even was more powerful (and lot more cpu saving + aliasing free). And then no VST3, no note expression, no MPE support, same as the 10(?) year old Massive 1.

if you dont have it

Yeah I have Reaktor already. Was just starting to learn how to build in primary and core, but I’ve decided to put it off for a while till I get my current projects finished so then I can focus solely on learning it without distraction. The learning curve for me for primary and core is very steep, and I’m not still not sure if it’s the right path for me to go down. I could potentially spend a year or two, maybe more, just learning to build in Reaktor without actually creating much or any music, and I dunno if I want to give up that much of my time without much musical output. In the meantime I’m just looking for something to scratch the sound design itch, and something which I can get lots of mileage out of over the course of time and come back to again and again.

Had a quick google of Phase Plant there, lotta good things said about it, seems like it’s pretty powerful. Fairly good price wise as well. Could be a potential choice.

Massive X seems to be getting a lot of negative feedback, well maybe not negative but more like dissapointment. Not enough of an update versus the old Massive seemingly like _ffx said.

Vember Audio Surge is free-ware now so I grabbed that real quick. Lots of cool stuff in it. Shame the GUI is so tiny though.

surge now is opensource and has resizable GUI btw

What versions do you use?

Phase Plant its super powerful indeed !!
you can stack up to 36 wavetable oscillators with tons of modulation options including audio rate lfo

Yes, Surge is a really good, up-to-date synth now. And free. Maybe not the best for wavetable sounds, but at least it can play wavetable.

VPS Avenger isn’t bad either, only it crashes on Mac (a lot) and produces crazy CPU spikes in the sample engine. Then there also is Hive 2 now, maybe it hasn’t the possibilities like Massive 1/X, but it is high quality U-He stuff, and you can generate wavetables algorithmically. There are numerous different blending modes, too. I actually think that any U-He synth is a no-brainer. 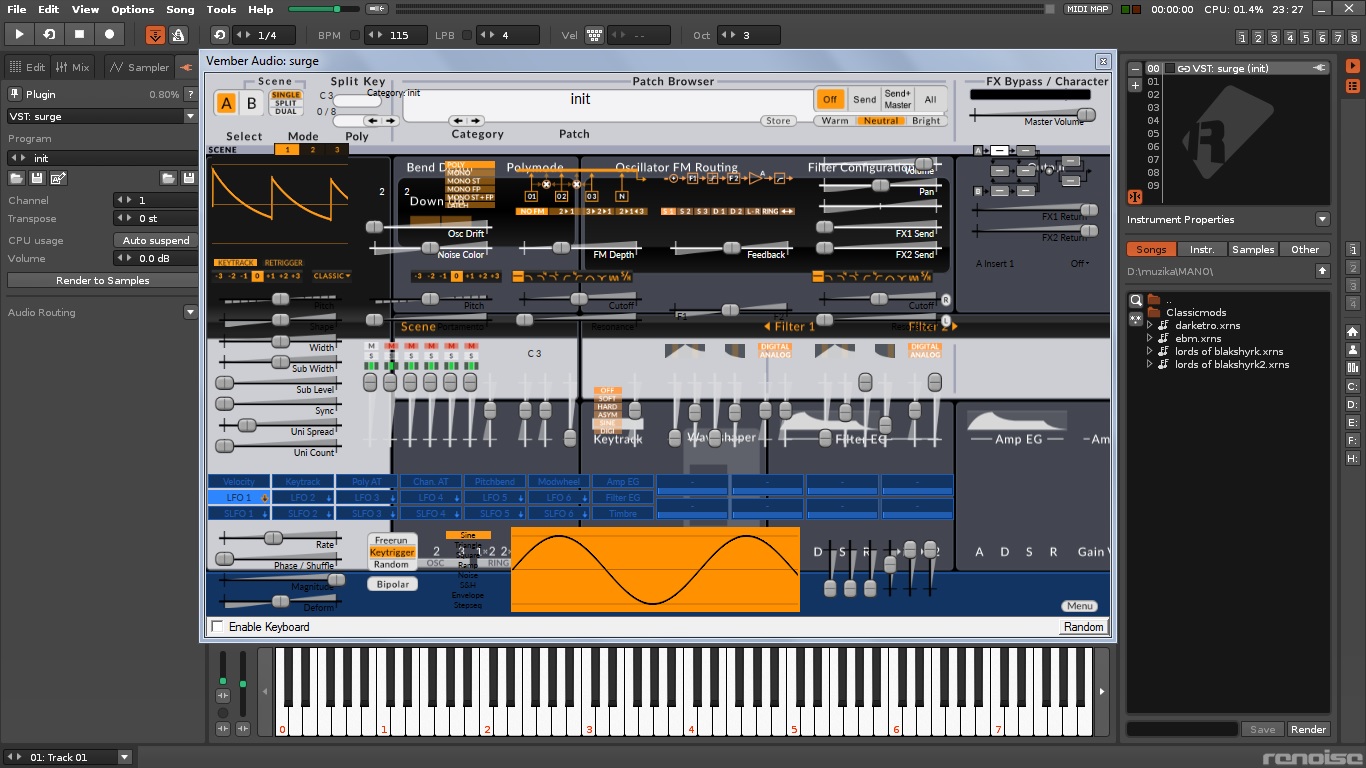 Anything to be said for UVI Falcon? Just stumbled across it last night when reading Phase Plant reviews. It’s a bit more pricey compared to the rest but seems to be like some kind of super synth, a “sound designers wet dream” as a few people put it

Falcon is fantastic, also a great wavetable synth. I bought it for 260€ in a sale. I am sick of GAS though.

People also seem to very like Icarus as wavetable synth, currently in sale for 150€. It has various modes, waveshaping and filters + wavetable editor.

The short anwser is: SERUM

Ah shit I’m really stuck now on deciding. I like Phase Plant’s appearance, everything on one screen makes the workflow very handy, and I find it visually pleasing to look at which is a big thing for me. But the price for all the effects to come with it seems pretty steep considering that Falcon is the same price and considered more powerful. Although Falcon looks like arse to me. The layout and multiple windows seem like they’d just ruin my workflow. I’ll have to sit on this one for a while I reckon… When’s the next sale season? Maybe I’ll wait and grab Phase Plant’s full version when it’s going a bit cheaper

CDM did a launch article on Massive X recently which discussed Serum, but also dropped a couple of other options I haven’t seen mentioned, namely U-he Zebra 2 and Arturia Pigments which look pretty awesome too: 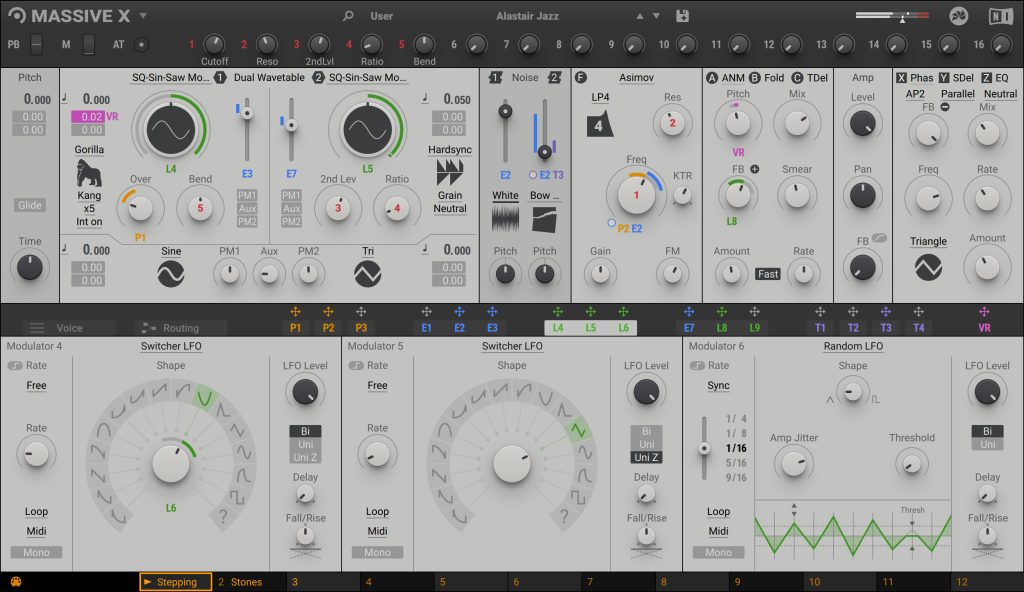 The last time Native Instruments released a synth called Massive, they accidentally helped define genres (EDM, dubstep). But MASSIVE X returns to the original vision: make it easier to get deep with wavetables and modularity and go wild with sound....

An immensely powerful wavetable and virtual analog software synthesizer, 20 years in the making. This is Pigments, and it’s going to change the way yo...

PS. I’m a big fan of Audio Damage stuff so if you’re after some more affordable granular / wavetable shennanigins then it could be worth giving Quanta a look (Full functioning demo available, works for 20 minutes at a time): 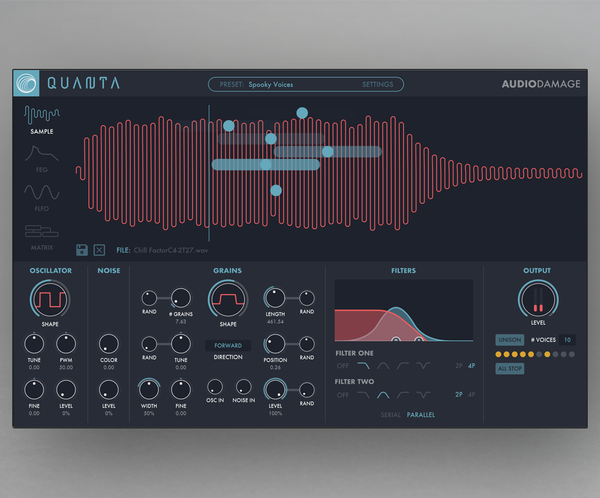 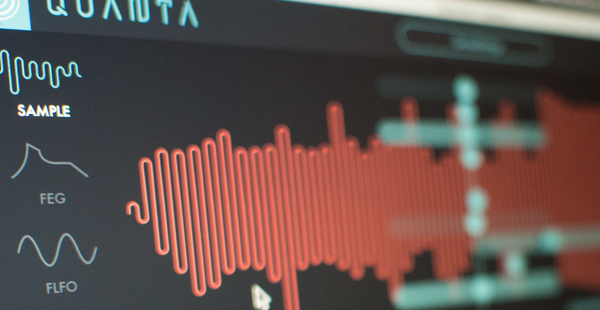 We are very pleased to announce Quanta, our new synthesizer for AAX, AU, VST, VST3, and iOS. Quanta is a 10-voice granular synthesizer built around an incredibly easy-to-use and capable granular engine, with a "sidecar" oscillator that can be...

Quanta looks pretty cool. Like the design of it, looks super clean. I’m pretty set for granular though, I already have New Sonic Arts Granite, and AccSone Crusher X so they have me well covered. Crusher-X supports MDE so having it work a Roli Seaboard Block looks like the absolute business. Like having a super cheap Haken Continuum setup. But that’s another purchase for another day.

Here, VPS Avenger is currently 50% off, a no-brainer then:
https://vengeance-sound.com/plugins.php?sub=Vengeance%20Producer%20Suite%20Avenger

Yeah went with VPS Avenger in the end. 50% off was too good a deal to turn down. Cheers for all the info and opinions people, much appreciated

Good choice, the windows version runs fine. JFYI, Melda MSoundFactory is again at sale, for 100€ (minus newsletter coupon and friends coupon down to ~80€): https://www.meldaproduction.com/MSoundFactory

It’s insane modular synth, capable of importing MPowerSynth, providing complete fx suite. But you need to spend a lot of time for setting it up. It is also aliasing free and low cpu (partly assembler coded). The website info sucks, better try the demo.