The current version of the Human/Random-ize features are pretty ‘dumb’ when applied to effect command values and it would be better if they took a few things into account when making changes. Note that everything below applies to the effect columns, while the Vol/Pan column variants cannot be Human/Random-ized at all.

The C, Q and R commands don’t have their values changed, presumably because only they depend on the Ticks Per Line value. Instead, the Human/Random-ize process could detect the current TPL and make changes within the available range. It doesn’t matter if the TPL is changed later on, since any values above it just use the maximum anyway.

Randomize forces the second value to be 0 (this also happens for Vol/Pan/Dly values). In addition to not being maximally random, this also causes severe problems for many effect commands: 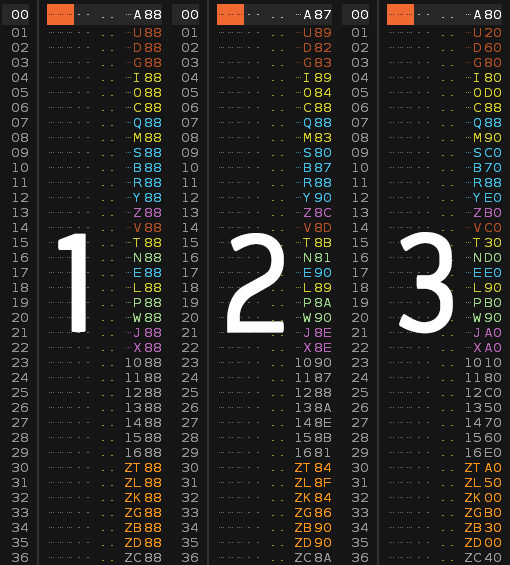