Hi, like it says in the title, track colours won’t stay the way they’ve been set, when I load Renoise the colours load correctly but when I load a song they reset to default.

Could this be a bug, or am I doing something wrong…? 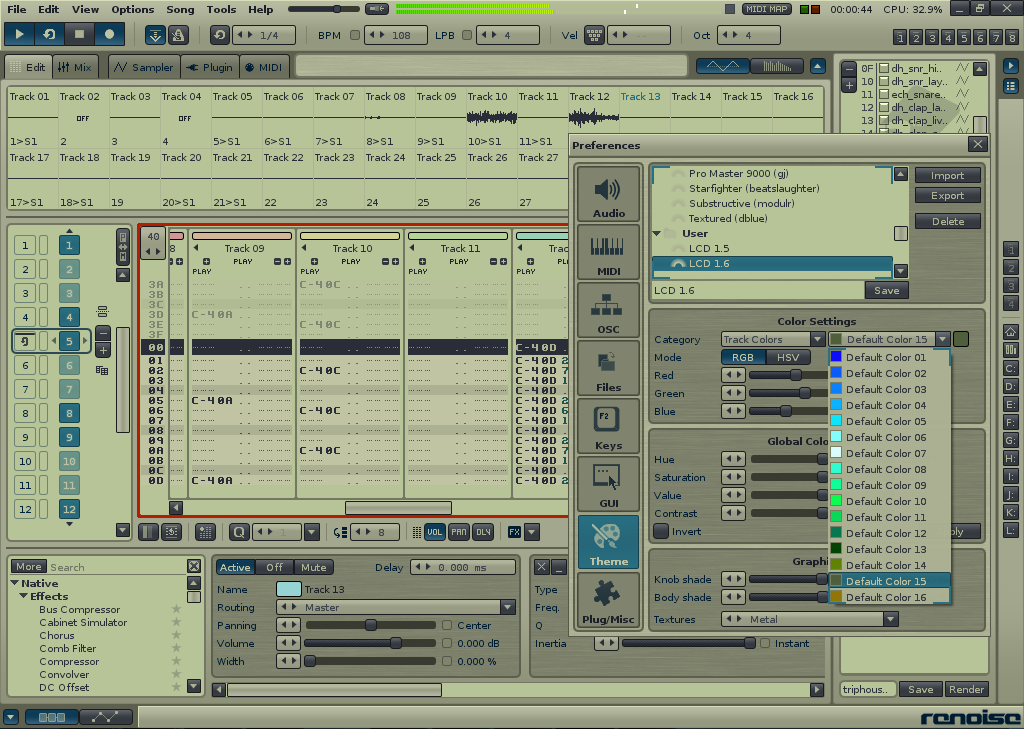 Perhaps you are using a template song, in which there are some custom track colors?

(if this is it, you could probably “unset” those custom colors by opening the xrns using a archive utility and editing the XML directly. I don’t think Renoise offers a way to clear color assignments)

Not that I’m aware of at least, made the song on my laptop last week and this happened when loading it on my desktop.

Installed Renoise on the laptop last week, and didn’t change anything, so I assume it (also) has the default song template…

Just tried loading another song, created when I had a different theme, and that results in yet another colour scheme on the tracks.

Also tried loading something I made with the current theme, and that loads correctly.

Never used any song template other then the default one, so if I want all songs to load the current track colours, would I have to edit each song as xml file and change the values there…?

nice one. Perhaps a download link to the theme?

Sure, uploaded it to the site (just discovered the new downloads section, nice!)

The default colours in the theme simply dictate the colour that a new track will have at the time of its creation.

Beyond that, the track colours, group colours, pattern matrix colours, etc., are indeed saved with the song.

Ok, thanks for clearing that up