[solved] Loud hiss if my sample is pitch is shifted

I recorded me playing on my synth and loaded it into renoise. If I play the sample back at lower or higher frequencies I get this loud hiss. I uploaded an example of what happens when I transpose the sample down an octave.

Using Voxengo SPAN to view a quick spectrum analysis of your recording playing at its normal speed (the first half of the sample), there’s some pretty obvious noise/distortion occurring right around 20kHz and 24kHz. 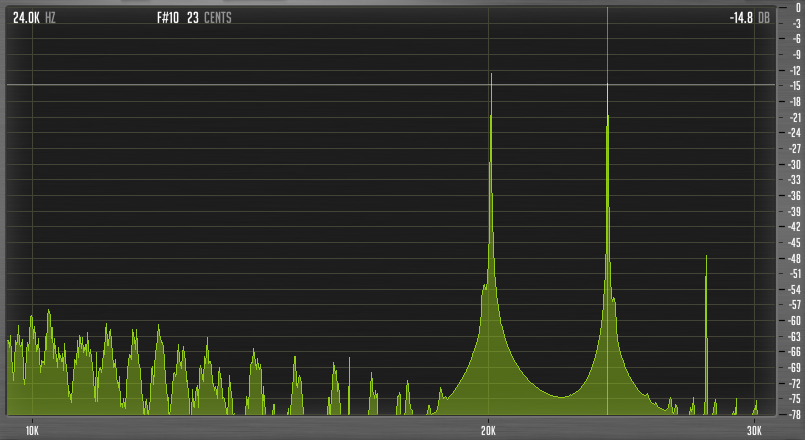 Which main audio interface do you have? Is it some kind of dedicated USB/Firewire/PCI sound card, or an on-board chipset like Realtek?

Is Renoise running at your audio interface’s native sampling rate?

How exactly did you record this sample? Was it recorded directly into Renoise, or into another audio editor?

Has it been edited or resampled in any way?

Wow, this is an amazing explanation. I had brought my old Tascam DP01 to a friends house to record some jam sessions. The synth I was using was an Access Virus TI. At home I use a presonus firestudio and I haven’t had any problems with that. I’ll just try and avoid using the Tascam if possible. Thanks for the awesome responce!

Brickwall lp filter your samples to get rid of it. It’s fascinating what shrill noise can sometimes pop into existance when you pitch down material.