So i’ve tried to record audio from Renoise to Logic via ReWire @ 44.1 samplerate - no issues. At 88.2 i have audio dropouts/glitches and this weird message, see pic 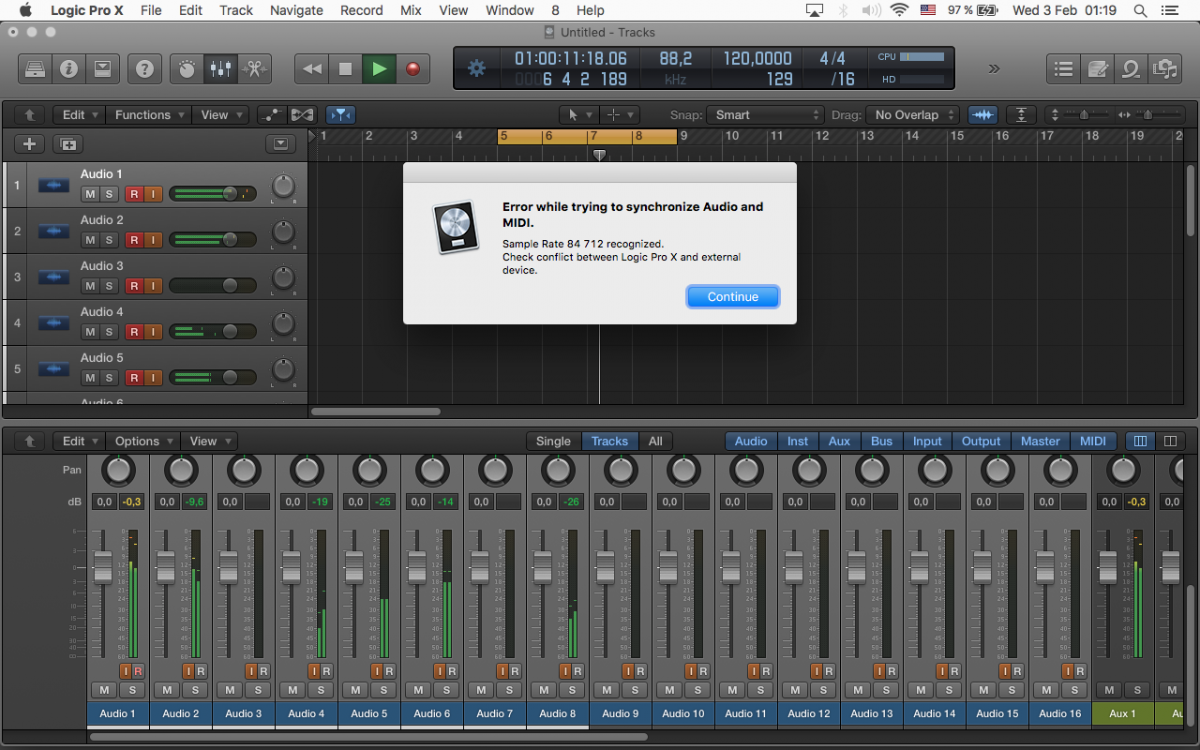 CPU meter in Logic shows that 1 core utilised to 100%, also i’m on SSD, so this should not be an issue.

I just set the Logic buffer to 1024 and ReWire Behaviour option to Playback, all fine now. SOLVED.