Success of atari led to amiga, then 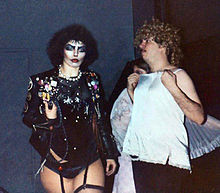 In the early 1980s Jay Miner, along with other Atari staffers, had become fed up with management and decamped. In September 1982,[1] they set up another chip-set project under a new company in Santa Clara, California, called Hi-Toro (which meant “high bull” to them,[2] later renamed to Amiga)

cinematronics, theater. what are the tronics, are they ceiling tracks and an electronic pully system?

if you bookmark these, adding the date of the game, then rearrange them in order of year, space wars 77 comes to the top, at the very beginning of vector arcade game history. it was made by dragons lair producer, cinematronics. whose assets are currently owned by WMS industries, a gambling machine manufacture. so, who has enough stripes to be in that business other than atari? cinematronics is atari. any good lawyer will agree.

cinema, atari, theater. amiga protracker, tracks, ceiling tracks, warehouse space, hanging chairs on pullys. am i out of line with this theory? or is it received like a fantasy…

The following 33 pages are in this category, out of 33 total. This list may not reflect recent changes (learn more).