Suggestion for colouring sections of sequences

I love the way you can break up patterns in the sequence editor with headings… What would be awesome for me would be the ability to colour-code blocks of sequences. Say you have 8 patterns in a sequence that make up a chorus - it would be awesome to change the background on this block of patterns so that you can easily see which sequence blocks are similar.

In addition, it would be nice to have the means of duplicating part of a sequence to copy/paste a second chorus. Currently I do this via the Pattern Editor - I select all the tracks and pattern rows that I want and copy paste them further down in the sequence.

So… continuing on from what I’d suggested above, I thought it might be a good idea to illustrate what I’m doing inside Cubase (which I’d rather be doing inside Renoise 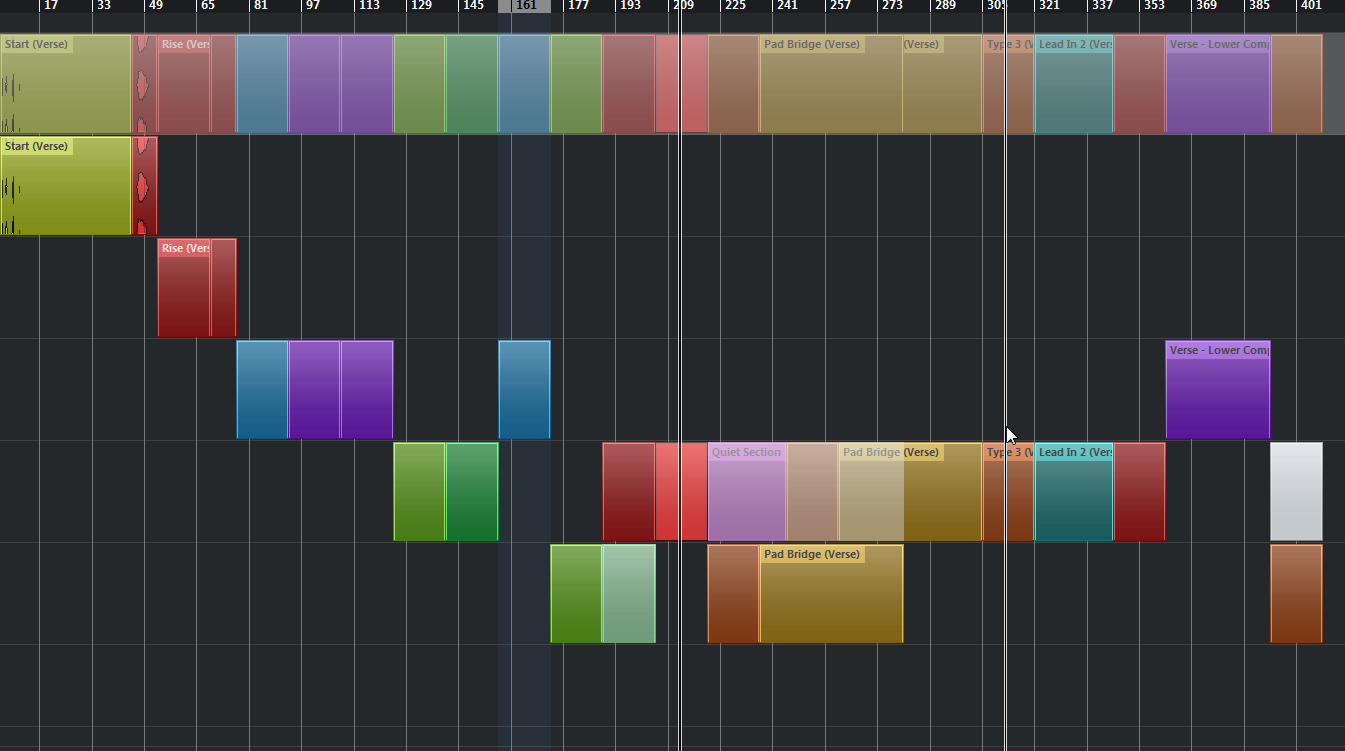 The coloured blocks are sections of pattern sequences, such as “Beat/Atmos” and “Verse 1” in the Renoise screenshot below. I’ve edited the screenshot to make it look a little more like what I’m suggesting. 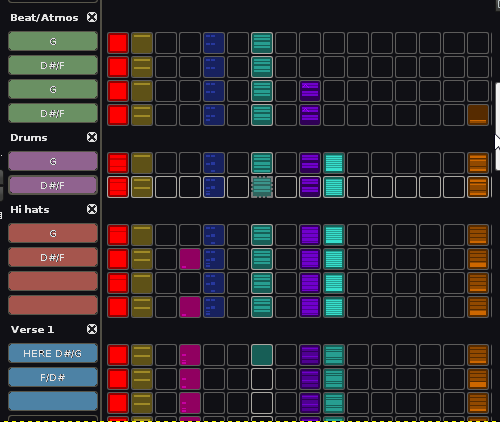 If Renoise had a “Section Editor” - similar to the Pattern Matrix and you could move these sections around to try different combinations that would be quite useful also.

What I’m doing in Cubase at the moment is moving around the different sections to see what works better… and also I’ve colour coded them to help me identify the similar sections. Cubase is helpful here because I can also mute sections and see what works best.

Overall this is giving me a higher level view of what my track looks like. 8 minutes worth of patterns is a quite hard to work with, especially when you want to take a step back and see the wood for the trees

Once I figure out what I’m doing with these sections in Cubase, I’m still going to have to go back into Renoise and move bunches of sequences around - and that will be quite fiddly. Could be really simple with a Section Matrix editor