Alright, after working with many others using varying forms of Renoise’s methods to “FM/PM/AM/etc.” modulate waveforms to get these sounds, I found a cheap-o, super-easy way (relatively) to get those metallic, robo-burpy/farty sounds with one Tool (Milky-Waves), two Operands, and an Instrument Macro. Here is the instrument file:

This is a very rudimentary tool, and we’re not getting ‘real’ modulation. Milky-Waves is doing the sound-legwork, and the Operands are doing the pitch adjustment. The Operands seem to do much more in the way of pitch-adjustment than say, an envelope (and I might be wrong here). Two Operands are making for some extreme pitch-shifting (or is it just straight up pitch adjustment? I do not know). I also added a Saw-wave and a filter to the instrument for a rounded sound.

Anyway, you can make some FM-ish piano sounds from this, but really, it’s more for buzzy/burpy/farty sounds - beeps and bloops, etc.

The Milky-Waves Tool outputs a ‘noise’ waveform (use the blue/purple waveforms), and it’s not really noise. Give it the maximum amount of “frequencies”, and it’s a very random waveform.

Watch the video here with it’s off-time audio, because it’s just a loop of the sound being played back and I don’t care. 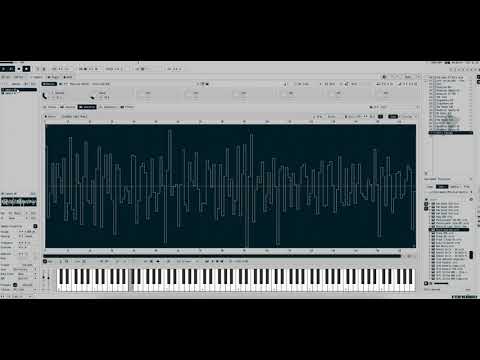 cool instrument! noise-like waveforms yield a lot of interesting harmonic content as you raise their pitch, especially to extreme values… I bet it would sound good with some LP or BP filtering applied

There is a filter on the envelope, but more filter could be cool!