I didn’t use it since a few years, tried it again yesterday.
Really impressed, I’m currently trying to make a jungle tune in it.

The audio editing is smooth and the interface is really reactive (compared to bitwig…)
makes chopping breaks in audio an almost pleasureful experience.

The things that are missing compared to other daws :

There is also a cool feature, you can apply effects to “clips”. This is similar to the sampler effect chains in renoise.

In a way those limitations are OK. This makes me more focus about making a track and less about endless sound design sessions like in Bitwig. Compared to Renoise it’s cool to see the waveforms of the breaks you are slicing. I will see what I will come up with it…

Reaper is also really great for creating modern-day ‘ambient’ music. The time-stretch functions are superb, and highly-adjustable. They can be very crummy if you want them to, or so smooth you wonder why other DAWs haven’t implemented the algorithms into their own environment (probably something to do with not all time-stretch algo’s being ‘free’).

Adjustable timeline snapping to whatever your heart desires, beautiful internal effects, excellent VST/AU hosting. Also, a fine mastering environment if you want to do that outside of Renoise (like me).

True, I saw so many time stretching algos and options for each of them ! Really great.

No “lfo tool” or modulators. I think this is not such of a loss, since there is the lfo automation generator thing. Automation is really well done, you can do automation clips and move them around under your media items. not bad

this is wrong: Parameter Modulation in REAPER - LFO - YouTube

just press ‘s’ while hovering over a region and you can slice and rearrange like a breeze, since every audio region can have applied effects per region… pitch… parameters… etc… but in the timeline - not as midi…

cool way? parallel processing is when you make parallel audio chain… in reaper is pretty straightforward… cannot be easier…

in renoise you cannot create paralllel chains in the mixer domain, only in instrument of the renoise sampler, which is pretty limiting if you tend to ‘spice’ things with a lot of parallel chains…

this is wrong: Parameter Modulation in REAPER - LFO - YouTube

just press ‘s’ while hovering over a region and you can slice and rearrange like a breeze, since every audio region can have applied effects per region… pitch… parameters… etc… but in the timeline - not as midi…

yes, I used this. but without midi you cannot play the slices, that’s what i meant…

cool way? parallel processing is when you make parallel audio chain… in reaper is pretty straightforward… cannot be easier…

In reaper as far as i know you need send tracks and send to those tracks ? In bitwig there is the parallel fx container, or split band container… that’s what I mean by “cool way”

yes, I used this. but without midi you cannot play the slices, that’s what i meant…

you cannot play, but flexibility of ‘programming’ in the timeline is much more powerful, hence the tradeoff.

In reaper as far as i know you need send tracks and send to those tracks ? In bitwig there is the parallel fx container, or split band container… that’s what I mean by “cool way”

in bitwig you have same procedure:

My friend did this thoroughly wicked breakcore EP inside of Reaper. I have no idea how she did it exactly. But this is not a sound you normally associate with Reaper:

And whatever she did, I’m sure it didn’t come easy inside of Reaper.

You don’t need send busses to do parallel processing. You can just route to different channels on the same track. It is actually very flexible. Here is an example: REAPER | Videos

will look at those

You don’t need send busses to do parallel processing. You can just route to different channels on the same track. It is actually very flexible. Here is an example: REAPER | Videos

I just testet out reaper. I love this daw. Still a main renoise-user, though but Reaper is supercool. https://youtu.be/I0dzsmqHvUo

No cool way to do parallel processing.

Perhaps not, but most don’t see the options beside routing audio to new tracks.

The most basic is with those plugins that don’t have a mix-know. Reaper got you covered, every vst in the chain has mix knob.

But that won’t work if you want different chains of effects… this is when the often overlooked feature of track channels and plug-in pin connector come into play.

A track can have several audio tracks… for example, set track channels to 4. For every plugin in your chain there is a plug-in pin connector (normaly reads 2 in 2 out).
With the pin connector you can send your audio to different track-channels, Every plugin can then set it pins to recieve audio from the correct track-channel.

Reaper is one of those daws you really must spend time on going through the action list and setting keyboard shortcuts for. Don’t forget SWS-extensions which add new actions.

For example, the media browser, if you use that to search for your samples, there is a shortcut to insert the selected file as a new track in reasamplomatic directly.

And there are a lot regarding envelope points. Set it up proparly and gets fast to work with… not as fast as renoise but not nearly as bas as Bitwig where shortcuts is lacking in several aspects.

One tip though, install it portable… because then you can copy the folder and mess about with action-shortcuts and if your not happy… you have your old portable folder ready. I have different portable setups for different kind of work since i like to restrict my shortcuts to my left hand to not have to let go of the mouse.

The new razor edit feature isn’t connected to anything by default so one has to set that by yourself in the preferences.

Thanks for the info. There are really a lot of possibilites. I was surprised how fast i could arrange drums in audio. Want a reverb on only this snare ? simply go to the item fx chain and add a reverb, very fast !

There are still things that I dont understand on the midi editor, like pieces of notes at the beggining of an item that I can’t delete because there are part of the last note being looped. Hat the same issue in 2014, that didn’t change…

the media browser is awesome, I made a “database” out of all my samples and I can keyword search all. this is great. The new limiter in Reaper is great and the lufs meter as well.

If you mean small pieces of a note (almost invisible) at the beginning this is maybe because you have snap to other midi items enabled. Then you sometimes are slightly off the grid when e…g. moving and cutting items I only snap to the grid and since I do this this problem is gone. So… it’s feature not a bug.

Yeah this was it. I didn’t have any issues like this on my last tune (I only snap to grid).

I think the setting is only for the actual track, so better make a template. Also bought Bitwig last year and somehow I’m back to Reaper.

hears a couple very slice and dice / copy paste tracks i did in reaper.
all the sounds are busted old hardware recorded and hyper edited via the point and click mouse.
not so great sounding and pretty grimy but it was a lot of fun

much prefer the “automated” slice and dice in renoise now a day’s but sometimes i do like to go back / pretend its tape and do it all by “hand”. 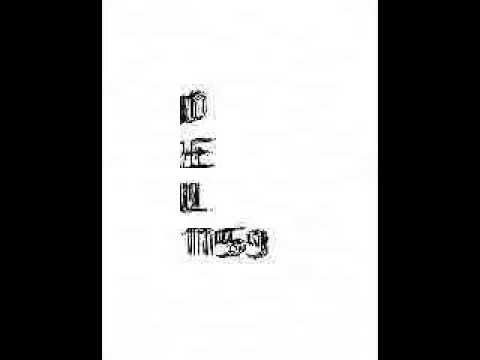