A while back I created a device chain that partly used the gate device and 1.400ms of track delay to get nearly sample perfect instant attack, which overall seemed like a bit of a hack. The purpose was to be able to generate very percussive sounds out of just about any sample, where the instant attack is imperative.

It isn’t a situation where I can use the instrument AHDSR since my purpose requires track based fx, not instrument chain. (this is where most users realize instant changes aren’t possible with the LFO device since there’s always a one-tick ramp at the beginning).

I was reading a thread recently about the signal follower device and its “lookahead” setting, so I’ll be trying that next, but what are some other solutions for track based native fx that can create instant changes that aren’t uncontrollably ramped? 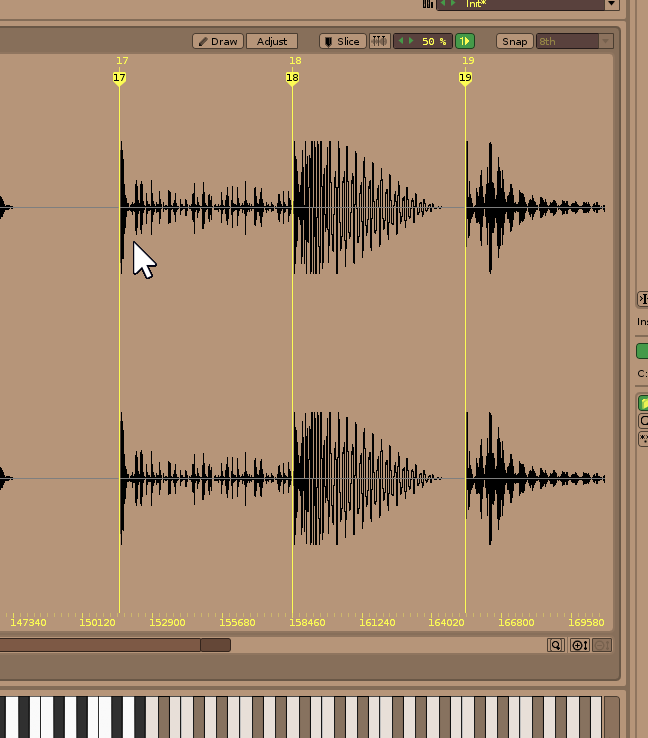 one-tick ramp at the beginning

Not sure about this, but going to mention… you can change the number of ticks per line.

So a ‘tick’ is not a standard measure, one tick on the old 6 ticks per line is gonna be bigger
than on 12 ticks per line, and here may be a form of ‘solution’ to the described problem.

Hth, would like to hear more about what your exploring here.

I would probably just use negative track delays if I felt like transients needed more snap-to-griddiness, but it sounds like you know about that already