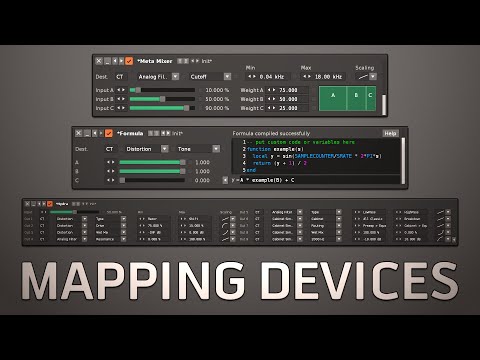 In a previous video we looked at the Chorus, Flanger & Phaser devices, which use a free-running modulation to drive their effects. No matter how you change the settings though, the shape of that modulation is always a sine wave. Let’s see if we can do something about that. The Gainer & Stereo Expander effects make the Panning, Volume and Width parameters from the Pre-Mixer available within these devices, with a few useful expansions. This means that these fundamental aspects of an audio signal can be controlled from anywhere within an effect chain. While the delay column can be used to manually create swinging rhythms for individual notes, there are two other automatic methods available in the form of Global Groove and Phrase Shuffle.

Achenar, I think a video that extensively explains the subject of Phase (Phase View) would be very interesting. What is it for and how to use it correctly (values -R + R -L +L -1 +1). 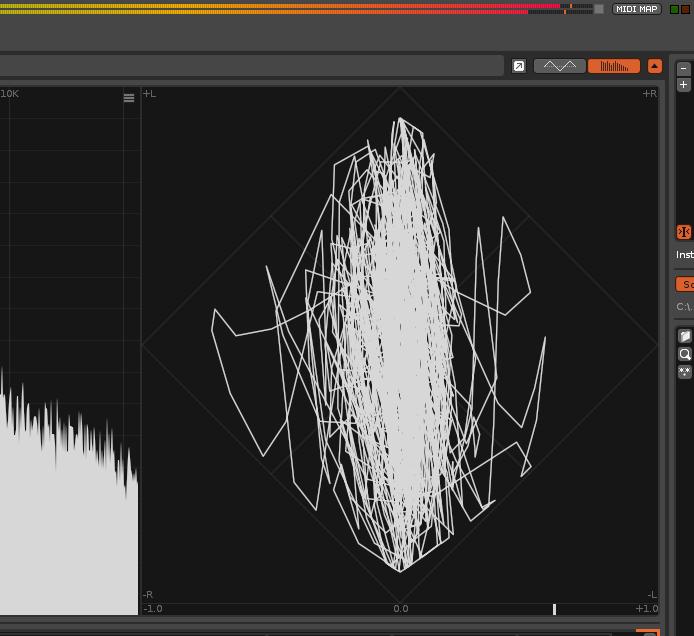 Very grateful for your videos! As their names suggest, the Key and Velocity Trackers accept as inputs: key (or ‘note’) values, and velocity (or ‘volume’) values. The devices then process this input through various options to create an output, which is used to control a Destination parameter. Track effects are automated with effect commands & graphical automation. Those methods can also automate effects within an instrument using macros. Those automations must be manually created across the entire song, but there is another technique that works automatically. There are lots of ways of introducing randomness across the various features of Renoise and Redux. But what if you generated changes at random initially and you like what you heard, so you want those changes to be the same each time the song is played? The results of compression are not as musically obvious as other effects like reverb & distortion, which can lead to some incorrect assumptions about the use and misuse of compressors. So let’s take a look at how this works in Renoise & Redux. Many features of Renoise & Redux are only made possible by taking advantage of the fact that you’re using a computer to create music. However, just like the oldest tracker programs, Renoise & Redux still use the traditional 12-note western scale used for acoustic instruments. As you’d expect though, there are options to control how this works.

without fail I learn something new from all of these. Thank you @Achenar

Just when we think we know everything in Renoise you drop a video and blows our minds.Thanks

I’m using Renoise since 2011 and I’m still scratching the surface. There’s no way to know everything about Renoise unless you’re studying Renoise full time. But as long as you’re working in a certain way…

Anyway, I like your accent @Achenar and I wonder where you’re from. I’ve never heard that.accent elsewhere. Your tutorials are great, well done and thanks.

Anyway, I like your accent @Achenar and I wonder where you’re from. I’ve never heard that.accent elsewhere. Your tutorials are great, well done and thanks.

He has that Sean Connery accent so he must be Scottish

I imagine Shrek, sitting in his swamp hovel, making fat breakcore beats and recording Renoise tutorials so we’ll STAY TF OUT OF HIS SWAMP and make music instead!