I have vital.audio in my Song Template and it crash quite often when loading a song or rather releasing the old song.

Is a sandbox in renoise still possible? 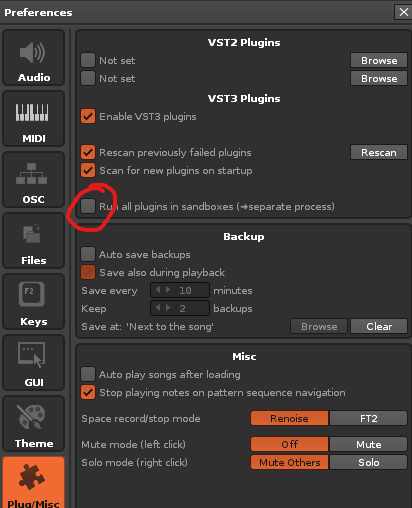 I just tried but I couldn’t run my latest song with it as I guess it cost a few extra CPU cycles? anyway I have turned it off again I also rather just quit using Vital than fiddle with settings like this to be honest, but it’s just I have made one really good sub patch there that I would like to continue using. thanks

no but installing now, appears it’s just out of beta I think… thanks