Yes I have also noticed the scrolling is now slower after the system update… but fortunately that is not a critical point on my computer and it stay usable, but that was surprising.

Okay okay, I just have a warning message opening Renoise today :
“Your software will not be compatible with the new version of Mac OS”

True! This is not a joke!

We’re stilling bundling/using a 32bit application in the 64bit versions of Renoise in order to run 32bit VST/AU plugins in the 64bit host. Maybe that’s what it’s warning about. I’ll try to find out more about this.

Apropos: Apple Macs Will Switch to Arm CPUs by 2020

Ooh that seems not to be some good news. Apple is used to force the use of new equipments & technologies, and this is often applied too strictly.

I would guess it is because they will add a x86_64 emulation / interpreter layer, like they already did with Rosetta for PowerPC (I think that already exists in Windows 10 ARM). So skipping 32 bit will reduce complexity. Also AFAIK their ARM cpus do not support 32 bit at all. They also deprecated OpenGL and OpenCL for that reason which I find very counterproductive and unfair. OpenCL “just” was introduced and also has lot of potential for audio and was one of the few projects by Apple that was cross-platform. Deprecating OpenGL is insane. But it shows how Apple does not care at all for the developers’ efforts, and so the developers should not care for Apple anymore, too.

I think there will be again multiple cpu binaries then in the universal binaries for about 3-4 years. And then Apple will drop x86_64 support and I have to switch back to hell (Windows 10) again.

Since I don’t believe most audio software that I use will be translated to ARM in those 4 years. At least under Windows, the software runs fast and it is always backwards compatible

I also read rumors that the upcoming MacPro will be ARM based.

I also read rumors that the upcoming MacPro will be ARM based.

After some research, according to a french article from Mac Generation, it could be only an alert because new update include full 64 bit testing, since Mac OS 10.13.4

But Mojave will be the last Mas OS with 32 bit. Even if 32 bit apps work on it with a simple warning notification.

NOTE : I’ve not installed the OS update yet, to be continued… 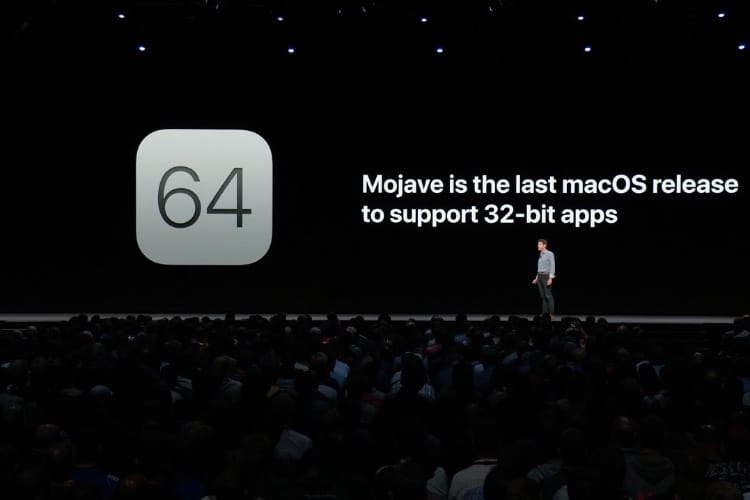 MacOs Mojave 10.14.4 is NOT compatible with Renoise 3.1.1. I updated yesterday and I get the following error message:

“Renoise_Reg.app” is damaged and can’t be opened. You should move it to the Trash.

The only options following the error message are to cancel opening or to moving the application to the trash.

If anyone knows about a workaround, please let me know.

What they seem to do now (after the update) is no longer allowing applications from “Unidentified Delopers”. Pretty harsh.

I just don’t understand why anyone would choose mac, it’s like an OS in prison with no hope of release.

Well, you still can unlock macos again, for example disabling SIP, too. If you use Hackintosh and the Clover bootloader, you simply can disable SIP straight in the clover configuration (not sure about “unknown vendors”, but could be, too), so Hackintosh actually makes macos usage quite more convenient. But you need quite a lot of deeper knowledge about macos internals to still being able to use it properly.

Maybe the Renoise team could register Renoise app to get some vendor’s ID? Or maybe then you will already have to pay the annual Apple developers fee

@taktik - Thank you for the suggestion and quick reply. I tried the workaround, and it doesn’t bring back “Allow apps downloaded from: anywhere” to the System Preferences. I’m aware that it’s a platform specific problem, nevertheless it doesn’t seem to be a trivial fix to get Renoise running under the current MacOS…

@xiiln I’ve just double-checked this on the latest OSX 10.14 (10.14.4) and Renoise still opens fine. Maybe your downloaded Renoise app indeed simply got broken somehow? Have you tried downloading it again?

Renoise has been working great on Mojave for me - no issues, and updated to 10.14.4 - still no issues. Love it!

sorry to interrupt, just to let you know i’m on 10.14.3, and experienced zero issues whatsoever

As suggested by another member. Low resolution mode in the Mac app settings makes a significant improvement

Why? Because Apple messed up. Cocoa now seems to use software renderer instead gpu in many cases.

Maybe you can try to use the 24 bit color profile instead the default 30 bit, it speeds up GUIs of many DAWs.

I’ll give that a try as well! Thanks