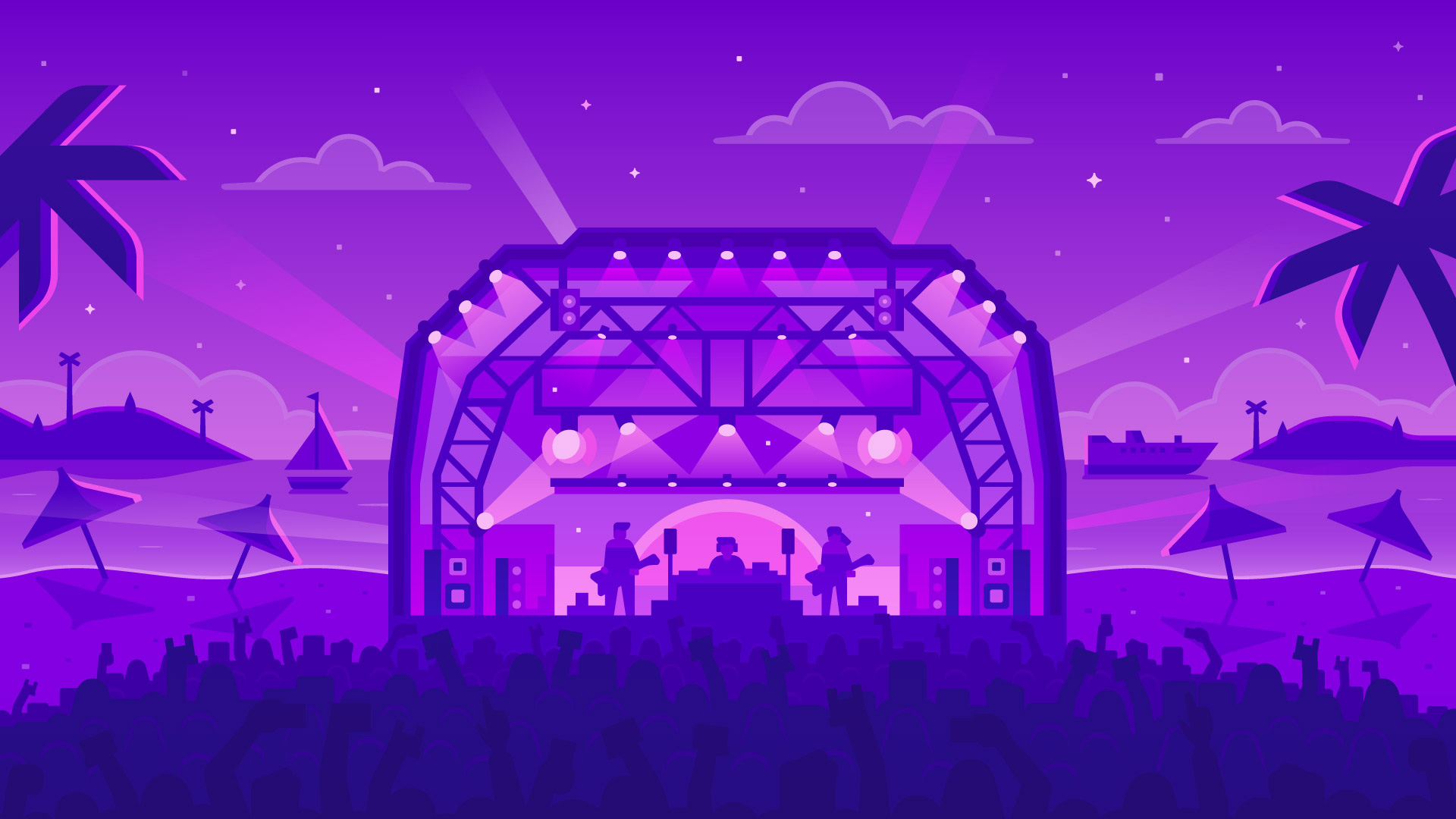 Audius is a music streaming and sharing platform that puts power back into the hands of content creators.

Shit and I was considering to go SoundCloud pro,not anymore thanks to you.Give them the finger and go elsewhere like land of bits suggested

Seems to be new?? I have the pro account since last week. Audius is painfully slow and very EDM oriented. Same with audiomack and hearthis. I still like SC best.

Be careful and thank you very much.
I will open several Soudcloud free accounts and see other platform too like Audius …
I am annoyed because I have sounds to recover because I don’t know where the projects are…
I have no choice to pay to recover my sounds
WOOW …FU…crazy !!
I can’t believe it
Regards !

Are you sure it doesn’t work? You have click edit track. On the top the download button will / should appear. 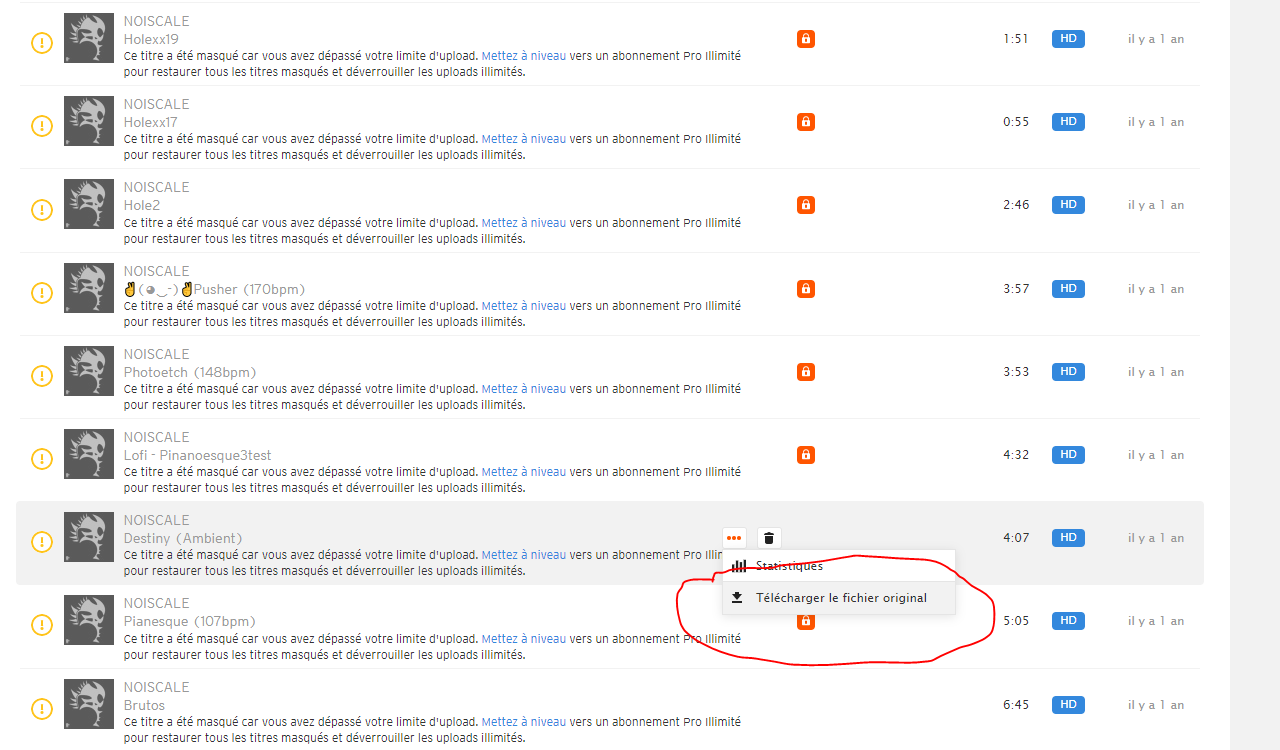 Maybe write them an email. Maybe it’s an error or something.

But most of the music there is shitty EDM stuff. Soundcloud has basically everything.

Ok, i check these.

I am facing a different problem with SoundCloud. With a Pro account that is.
They won’t let me upload some of my own tracks.
I published those tracks in question on a friend´s label 18 years ago under an old handle which is no longer in use. And that´s it.
So i filed disputes against the copyright takedown but never received an answer from the SoundCloud staff.

Did anyone of you experience something similar ?
Thanks !

I just realised the same and as i have more than 200 tracks there i had to crawl to the cross and reactivate my premium.
I also noted something very suspicious. After i stopped paying for premium i started to get new followers in an increasing rate. Was it an attempt to lure me back into premium? Why would i suddenly get more followers than plays?
So much spam and shit on sc, eventually i will migrate all my stuff to internet archive or something.

I’m just on SC because it a.) allows me to update tracks and b.) offers inline playback on a lot of sites. Also, the site is quick (for me, being in Europe), and mostly bullshit-free. As for needing downloads, why would I? I have them on my harddrive.

Soundcloud doesn’t work properly with Safari and Safari adblockers. But this is apples fault. Firefox and ublock origin will work flawlessly (I think it even blocks the annoying audio ads).

You can also enable the normal listener download for a short time, if you need to download the original audio file.

That said I don’t like SoundCloud anymore after they removed groups and since it seems to be flooded with ads and poorly produced hip-hop and so. It seems to possible to buy a good ranking. But why ranking at all?

I think the stupid eu law forced SoundCloud to become extremely commercial in a bad way, because to fulfill those crazy upload filter stuff, you need a mad kind of server architecture, since they now need to analyze the full content. I guess the eu law kind of ten times increased the server requirements , if not more. It also makes it impossible for any small sized startup to bring anything new on the table.

I actually was programming on such a thing for over a year full-time. Then axel Springer’s lobbyist politicans (cdu and SPD) destroyed my efforts. German oligarch politics sucks so much. They even run “welt TV” in the bundestag everywhere. They work hand in hand. Merkel is a good friend. Cdu is the strongest block in the eu, too.

So blame German lobbyist / corrupt politics for turning SoundCloud into shit. If anything goes wrong in European internet better have a look at German politics.

I noticed this exact thing a feew days ago - degrading from pro to normal. It was possible for me to downlaod the original files though. I upgraded again to keep my podcast online so I can’t show you how…but it is possible

I have reached audio limit

But is seems like soundcloud is dead. So much spam and so few real people.
With all these streaming services like spotify, apple music, youtube music is useless, I think.

no, it’s not dead. There are plenty of people who use it.
Every person that has job - will have nothing against 12$? (don’t remember exactly how much) monthly.
It’s around two drinks which you can drink in one night…
Cheers

Well, I don’t like it anymore. Yes, annoying commercials (thankfully stripped away with Firefox and ublock), no feature additions at all since… 2010? Then the quality of the streams is so low. I don’t know, I would love to consider Soundcloud as obsolete.