First off I’m using v 3.3.2… so perhaps this is known issue with older versions

Yesterday while using external hardware (workstation keyboard) I was playing notes live into the Renoise sequencer (rec mode) and it was duplicating single notes. For example, I’d play “C-402” and after input not only would that note get recorded but C-502 was next to it… all velocity values for both note would end up identical. Very weird behavior…I tried it it on some other channels, same thing… persisted. 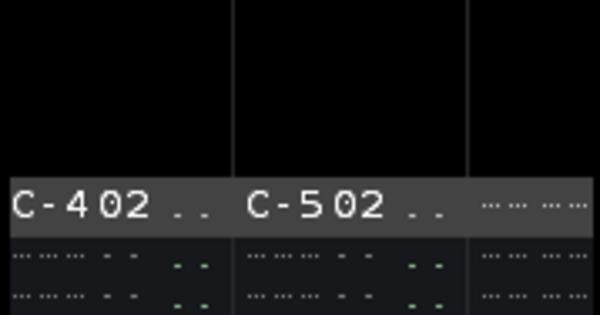 The set up was just a workstation in sequencer mode (different instruments assigned to their individual channels) So in renoise I was just using the MIDI tab and creating different channels for each instrument on separate tracks … this worked at first but then it started generating not only a duplicate but a octave higher duplicate… super strange!

I finally closed the session/terminated and started fresh and the issue didn’t come back (knock on wood)… question is? what was going on and is there some strange setting I set by mistake? or known bug?

I may try to replicate the session and issue today and see if happens again but either way, anyone else have this happen before?

Oh and in addition, this is was midi over usb not 5 pin DIN connectors.

Did you check the midi monitor in Renoise? Maybe there are two Note On/Off events:

I haven’t had a chance to replicate it yet. Will try today.

One thing I forgot to mention, while this issue persisted, I tried to input notes using the computer keyboard and … no issue! perfect note input…

In re: to midi monitor : I did check the midi tab during the issue but unfortunately didn’t check for duplicate note on/off events, there was definitely note movement in that location but I should of of taken note of what was exactly happening.

Also, Local control was toggled on and off (on the synth/workstation) during the issue and it made no difference, still got doubling in renoise.

Some progress finally … but loads of confusion as well…

Tried to replicate duplicate notes - but they haven’t come back ( and i hope they never do again… may they rot in hell) Def a weird bug.

Renoise is set by default to octave 3 as we all know. This works fine with samples…

But, when I have my external workstation/synth connected/keyboard… and I press down C-4 on it… MIDI IN window displays C-5 instead – (why, I have no idea?)

but the out screen in MIDI OUT displays C-4… and the Renoise visual keyboard also displays C-4 correctly.

This is corrected by moving the octave up to 4 in Renoise so the MIDI out matches the MIDI in… even though this makes no sense (unless im missing something?)… as this is not the case in Logic or other DAWS

Problem #2. While using a external workstation/synth in conjunction with VST’s… all hell broke loose. At some point the VST stopped making a sound (perhaps it got confused with all the midi in and out

and by fiddling some controls on the VST it came back to life… this never happens when using just a computer keyboard.

In the end, I tinkered and eventually set up Renoise in the following way to make the external workstation input notes into the sequencer/ and play back audio from the workstation back into Renoise AND also control the VST(s)… I have NO idea if this is even correct, but it works now…

So with all this said… anyone else using hardware with Renoise willing to show how they have Renoise settings set up? This set up works currently but I’m not sure how correct it is…

But, when I have my external workstation/synth connected/keyboard… and I press down C-4 on it… MIDI IN window displays C-5 instead – (why, I have no idea?)

This could be the reason why:

Why are notes in Renoise one octave higher than user expect? Help, Support & Bugs

Different DAWS use different octave notations. Some start at -2, some at -1 some at 0. We have a good reason to start at C-0, because we else would need an extra digit for +/- in the pattern editor to to type in values like C#.-1 (minus one).

Yeah, I was reading about that 2 days ago, most likely reason! Still no clue about the duplicates, either way, if they happen again i’ll be sure to check the MIDI tab and see whats going on there, if anything, thanks! The goal is to integrate hardware flawlessly into the Renoise ecosystem