Looking for a new handy fieldrecorder

have some money to spend on a new handy little fieldrecording mic and am looking for some tips. I currently own the good old zoom H2 recorder; 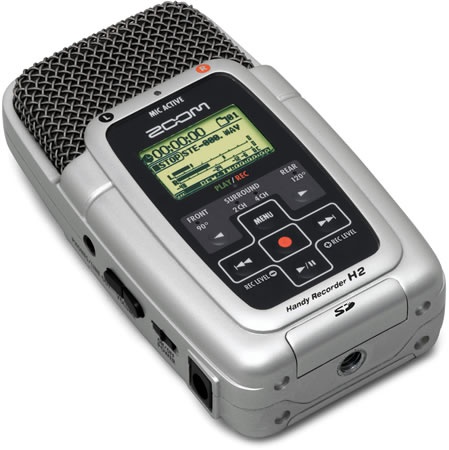 …which still works, but I don’t like the time it takes from powering on to actually being able to record, I find it rather slow. Preferably the new mic has similar options, being able to plug in an external mic (like the soundman binaural type of mics) . Also are there any current recorders that use mobile phone-like rechargeable batteries instead of oldschool batteries?

Being relatively small & being able to quickly record after powering up are the biggest pro’s I’m looking for.

Anyone have experience with fieldrecorders, if so which type(s), can you post the amount of time it takes for ‘off to record’ ?

To help expand the possibilities, just going to mention that oldschool batteries
come in rechargable format:

If using tape with pitch control is not important, the PO-33 or several other
pocket operators are fast to switch on, light to carry, and have built-in mic’s
and a line-level in option.

Here is a similar topic, though it recommends Zoom devices

Hi, I am looking for a portable USB field recorder device, which also works as an usb audio device/mic while connected to the computer, and also provides some kind of (digital) noise filter for ground noise. Couldn’t really find anything like that, but maybe I suck in googling, or the product descriptions aren’t very precise. Any ideas?

I found my current, old Tascam-DR-05 too noisy and also it lacks of audio device support / direct mic support. My impression is that Tascam firmwares seem to be kind of “oldschool”, but I can’t really give a good judgement. It powers on to ready-to-go-state within 2 seconds + 3 seconds holding down power button. Could be worse in newer versions. Your Zoom display looks very like my Tascam, maybe its one and the same firmware vendor?

One factor that affects the booting time with my Zoom H4N is the SD card used. First I tried it with 32GB card that was empty, but still took ages to boot up. Then I swapped in 4GB card and it started to boot up probably five times faster. I don’t remember if there were differences in the speed class of these two cards.

From pressing the power button to be record ready with the smaller card, it takes about 6-7 seconds. So still not lightning fast, but bearable.

Ey Jek, that’s cool, but I rather put a charger cable straight to the recording unit, instead of having to take the batteries out and put them inside some kind of charger. I bet the newer type of these rechargeable batteries are much better then the ones I had in the nineties, kind of forgot about them

Oh, and I have the PO-33, but that’s no real option imo for fieldrecording missions.

dunno about using similar firmware, I think they are two separate companies. Tascam make the top tier recorders afaik. I’ll browse the internets to see if there are any good comparison sites for the smaller mics.

That is a very good tip, cheers! With my 32GB sandisk mini sd card it takes 35(!) seconds to boot up. Will try some smaller alternatives soon to see if this makes a change, 6-7 seconds would already be a big improvement.

That 35 sounds about what it was for me too with 32GB card, so swapping to a smaller one might help you a lot.

I checked and the card I use now is actually only 2GB, but plenty enough for my use. Some basic Kingston SD card, (not micro SD with adapter). I think this is the card that came with the unit originally.

…so swapping to a smaller one might help you a lot.

Indeed, have put in a 2Gb card and now it boots up in 5 seconds, much better and usable for a quick recording here and there!