Neat update, got some time-stretching and nicer envelopes! New issue, though.

I have an 8-sample long “tick” sound. I was using the HP Clean filter in the Modulation section. It seems to not work on a one-shot sample. If I take it off the “One Shot”, the filter works. There’s no filter envelope involved, it’s just a short, drawn sample. 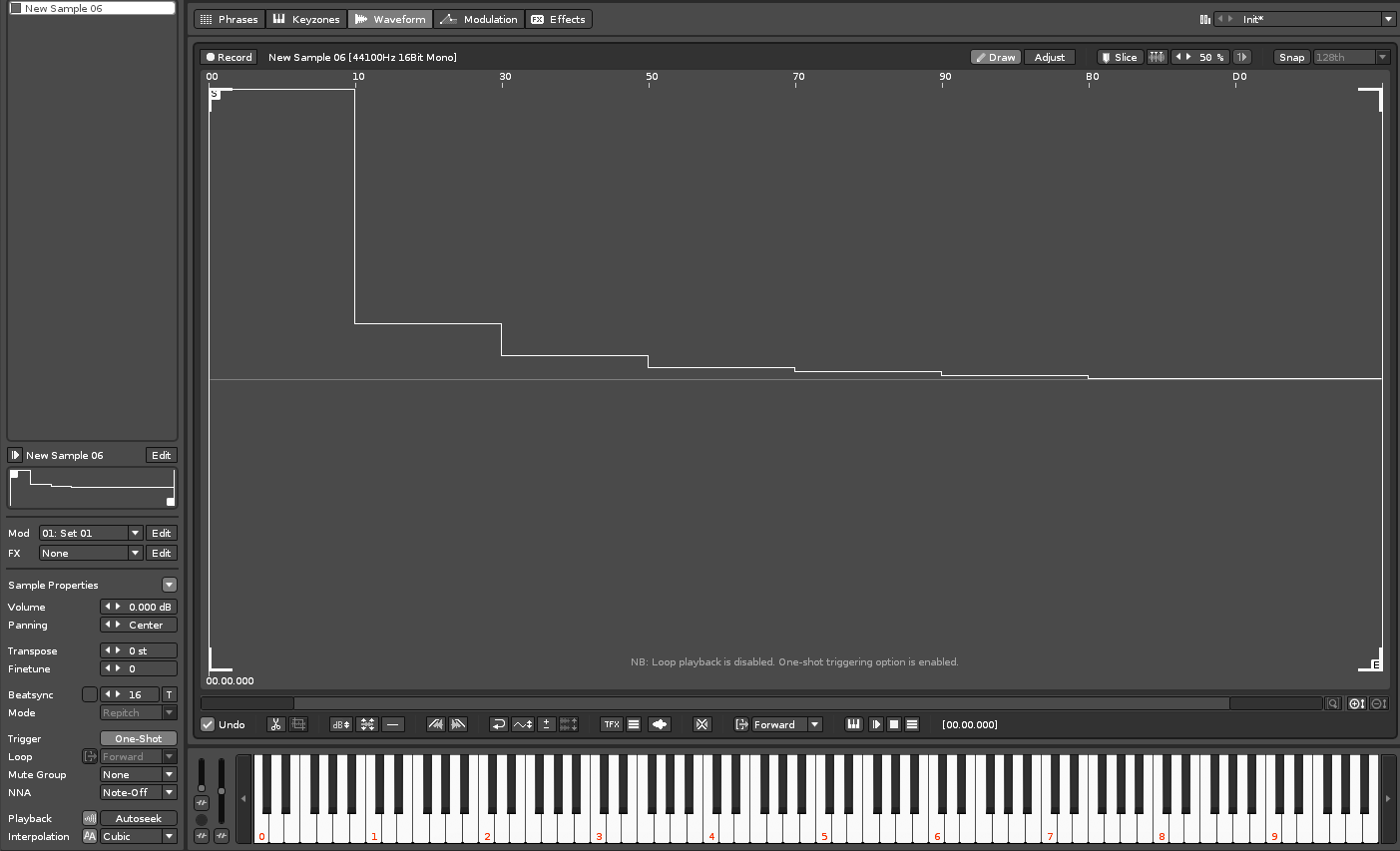 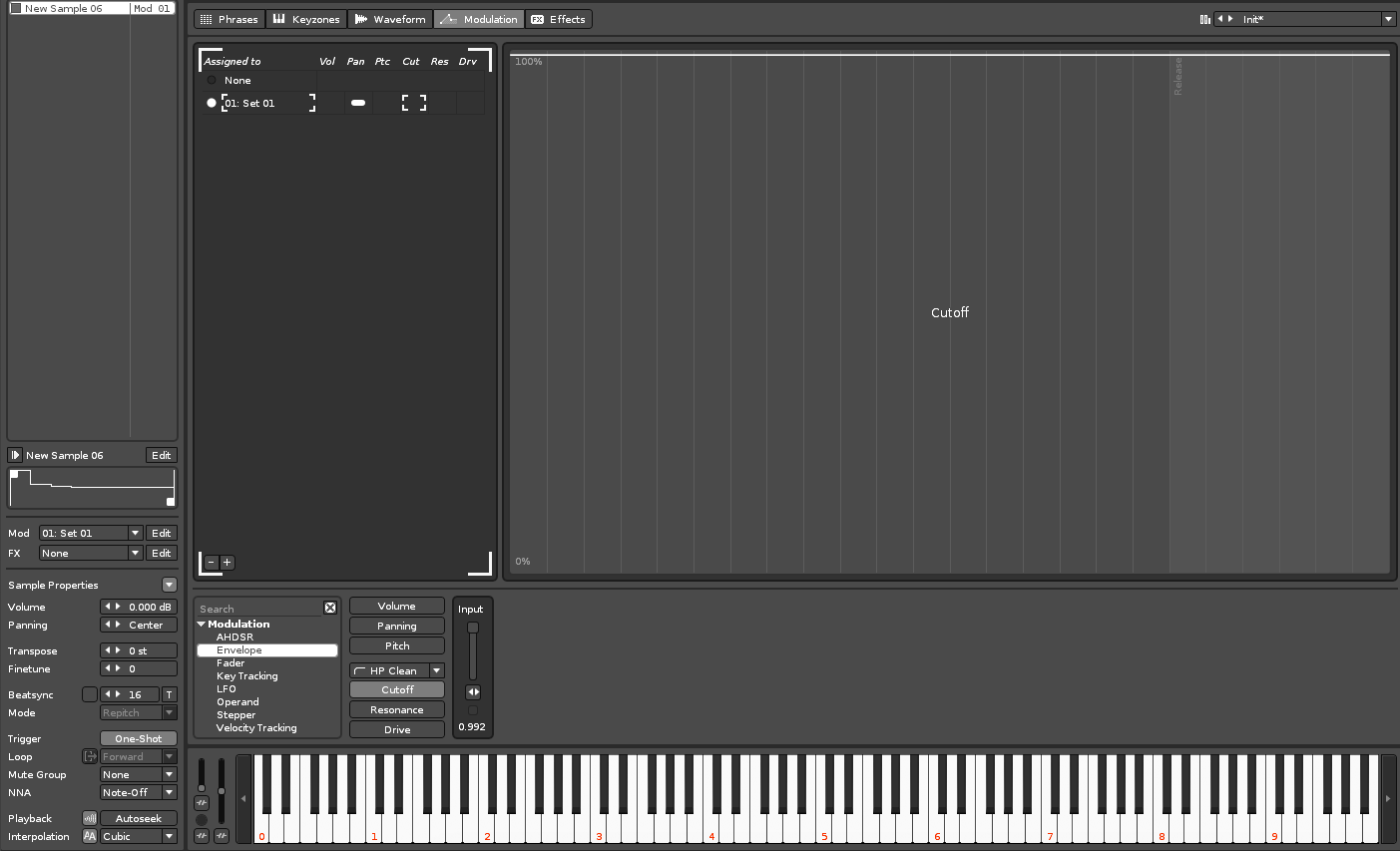 Since I’m using that filter to timbrally control the sound, is there something I can to to make this work again?

Replacing the sound seems to have worked. Maybe the old instrument is just a bum instrument now?

Confirmed
Creating a file of 8 samples set to non loop , instrument filter has no effect on it

what happens if you add some silence to the end of the sample?

If that happens again, I may try it. As it is, I was able to find another sound that I created that was similar enough. That’s the fun part, sometimes.

Also I think I might have noticed with the renoise filters… They aren’t always bullet proof when feeding them with dc shifted or strongly asymetrical waves… They then can sometimes fail with certain samples… Maybe try highpassing your impulse, then it might work better…