One the subway I saw someone playing NeoGeo on an iPad with an anIPEGA PG-9023. (I asked them to show me). I thought it was pretty cool.

In our household we still rock the Nintendo Wii and using Letterbomb I installed a Comodore 64 emulator on it.

There is mame available for iOS. I had that installed, the installation though was using Cydia (jailbreak required) back then. But there also was some App Store emulator for neogeo afaik… There also is a very fine UAE amiga emulator, playing everything very nicely. I liked these c64 games: spy and spy, last ninja 3, impossiblemission, katakis, r-type, archon, ik+, california games.

my #1 c64 specific is ultimate wizard (may not translate, most of our fun prob was from the level editor which was unusual. good time sink on making levels, good pick up and play on platforming them. make your friends play your levels! maybe now is more like… make your kids make you play their levels! jeez, they prob volunteer to take out the trash or something… xD)

impossible mission (good when u get into it)

Ultima VI (good, more of an all nighter not a fun diversion for a few min)

zork 1-3 (we did these on c64 and what they called pcjr. withOUT keyboard prob is no good, but worth playing it on whatever else. was a rly good game. good candidate for best early 80s game even with no graphics. fr.)

bruce lee (prob seems asinine now, i don’t really know. was incredibly popular then and i remember it being fun back in the day. and at least highlights how non-revolutionary some later ‘revolutionary’ games rly were)

tbh alot of what made some of the games amazing depended on being able to pull the time and then pondering them later when you couldn’t play, in retrospect. i think?

edit: yeah, need a keyboard for zork… was on c64, though

other edit: i forgot lode runner, guy up there ^ didn’t.

Although not originally C64 games (Spectrum based) ‘Manic Miner’ springs to mind (when you mentioned Miner 2049er.) Then of course the follow up ‘Jet Set Willy’ by Matthew Smith. I liked Boulder Dash. As for ‘incredibly pointless silly trivia’ concerning the version of ‘Manic Miner’ on the C64, there are different images floating around the net. The last levels (levels 17,18,19 and 20) sit in ram underneath the basic rom area. However on a few images you get either basic rom itself rather than the level data or no data at all. So you end up with a corrupt game image and an unplayable game. When you do land on a ‘non-corrupt’ image, further to this there does exist a bug in level 19 (Solar Power Generator) where you can jump and stay in thin air where there are no platforms…it makes completing the level very difficult if not impossible anyway. Jeezz I feel this should be on Lemon64…or the flat earth thread. currently dabbling in retroarch/libretro. dunno about the c64 support as the beast seems geared toward consoles, but it is nice to have all console emulators available in a joypad controlled environment - hook pc to tv, plug in usb joypad, game on. dunno about their c64 support, I only do console stuff. So nes snes gameboys sega n64 ps1, maybe some mame, I think they got neogeo emulators, too. If you want to play some games made for real shitty hardware, I recommend you the “atari 2600”, is even below c64 level. Had one as a kid, might want to play some games again for 5 minutes and then skip back to the more colorful, more advanced emulations.

C64 is probably a bit before my time. I was born in the middle of the 80’s from a coked out mom. I think it’s cool you can play all your classic games on a smartphone. Once I tried playing some old school games and I sent it to my smart tv. I was using my phone like a remote. If only it was a little faster. You should try it.

…but beware it is a trap, it will eat all your time with no result but the time had passed…

All the Gradius games

Wipeout 2048 for psvita looks pretty cool for when psvita and the games get cheap second hand.

For a playstation1 emulator :

If you want good Amiga and C64 emulation a lot of people rave about Raspberry Pi stuff these days. My interest in the Atari ST and Amiga are what got me into tracking in general, I have yet to try any Raspberry Pi emulation myself but a friend of mine never shuts up about it.

As you can tell I prefer Commodores 16 bit pursuits more than the C64, a personal favorite have been Another World and Flashback (which were on the SNES) but also some of the shoot em ups like Hybris and Agony were a blast. I also really fancy the Lucas Arts games as well, ScummVM should be a must own for everyone!

I personally use OpenEmu on OSX for a lot of older console emulation, no arcade or old computer emulation sadly! Being a big neo geo nerd it’s kinda sad to not have that atm, but probably for the best as I’d never open anything other than the neo geo emulator and get lost playing Magic Drop, Neo Drift Out and Blazing Star

gravity crash was quite enjoyble for me.

I played Legacy of the Ancients quite a bit. https://en.wikipedia.org/wiki/Legacy_of_the_Ancients

If you want good Amiga and C64 emulation a lot of people rave about Raspberry Pi stuff these days.

Yeah, the RPi is a lot of fun to mess around with. I’m using them for robotics but they seem well suited to retro styled gaming. Here’s a link to the RetroPi site: https://retropie.org.uk/

If you like Hybris, Agony and Blazing Star you will surely enjoy the remake of battle squadron for android.

I would say you need a tablet to play properly though. A phone screen will be too small.

The music is epic. I cant get past level 4, its tough. The touch screen controls work nice, probably makes it a little easier but its still difficult once you get to level 4. Cant complete it. Not sure how many levels total.

The graphics still not as nice as the old school graphics like battle squadron though, less artwork and variation.

Could do with being a bit trippier, more of the enemies with tentacles and shit that looks like coral, that kind of thing would have been cool. 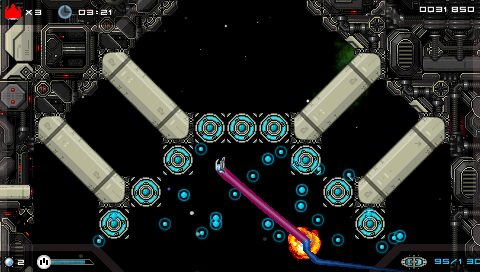 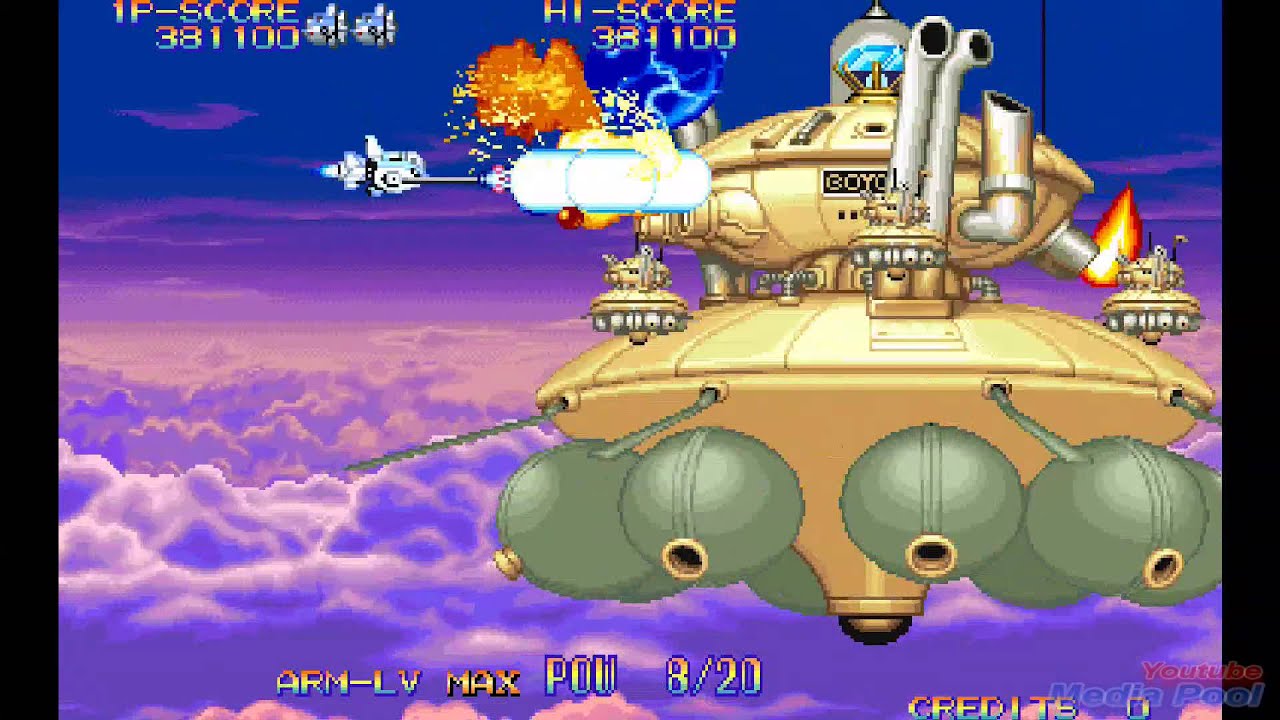 Raspberry pi is the shiz

now we’ve lost emuparadise we have to share our libraries… pretty sure i have about 17,000 c64 games

which i definitely own on tape and bought at full price

I put the PSP down and played games on the Psx playstation emulator for windows for a while.

I didnt know playstation had such nice games…

graphics and gameplay are so nice. 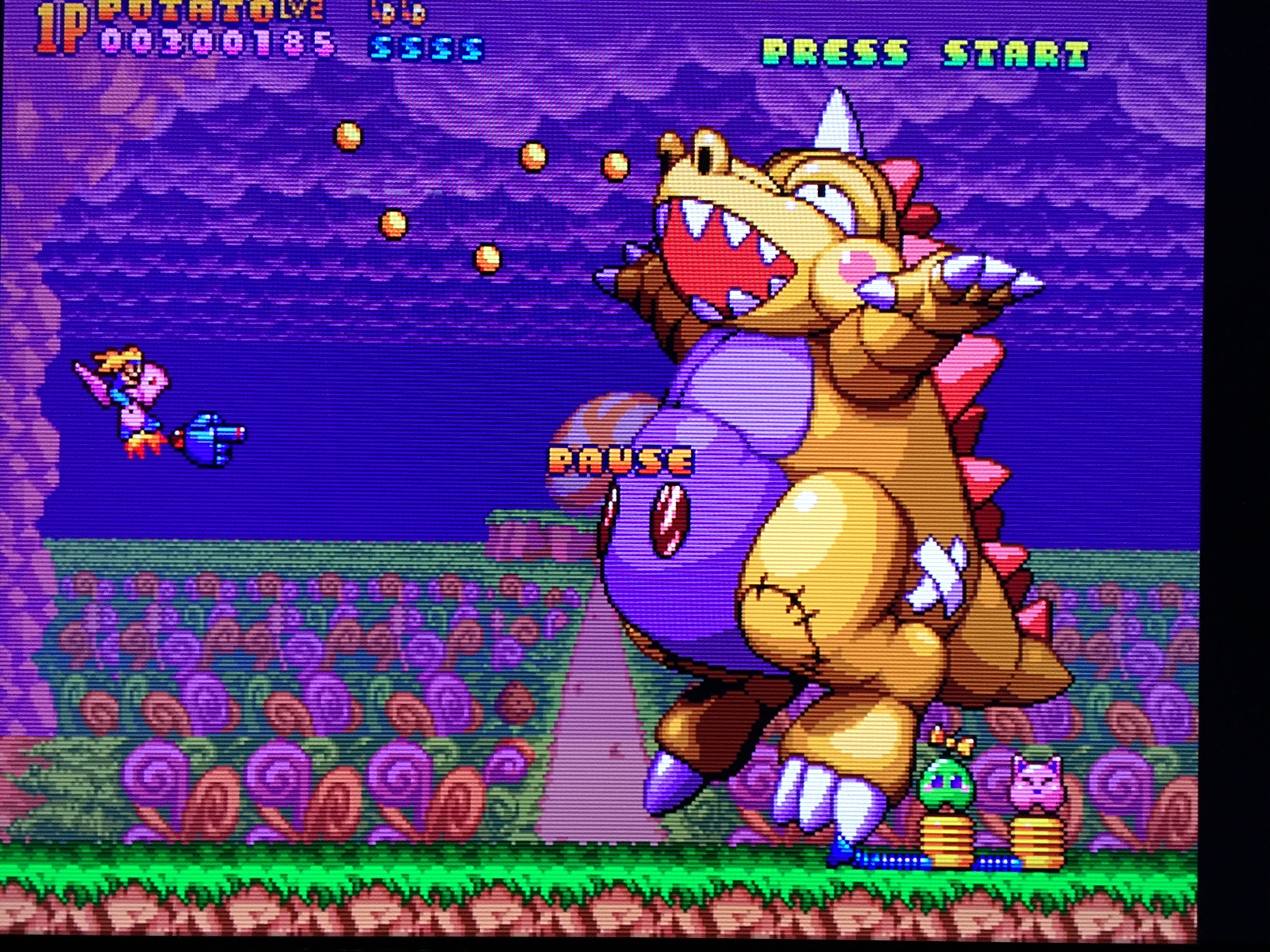 Check out the walkthroughs by BigMacDavis ( dude has a great voice for narration, skills in the Doom areas as well, great tips )

I spent a lot of time last year in Super Mario Galaxy 2 on the Wii mentioned in the first post. It was released in 2010. Does that count as retro? The CD I have has scratches on it. Some levels don’t work. My hack is to run as fast as possible through the level, have a friend (my daughter) eject the CD and put it back when we get a “the disc could not be read” error, then try to keep running. It has only worked for a few levels. I’m short a couple to go to the final level. I haven’t tried put toothpaste on the disc hack. I’m wondering if that’s a real thing?