Oscillator sync inside the sampler

Not sure if this is possible but is there a way to sync a wave to another wave’s pitch inside the sampler?
I think its called oscillator sync

For more information on what I’m referring to to:
(I skipped to the part where he shows what it sounds like) Sampler:
Eventually the shortcircuit sampler from Vember Audio had osc sync, too. But it seems to be unavailable.
Morpheus could do that as well (32 Bit - not tested) Download Free Stereo FM sampler plugin: Morpheus by Land of Cockaigne (plugins4free.com)

Biotek may also be worth to have a look at:
BioTek 2 | organic synthesizer virtual instrument software - Tracktion

You may want to check this thread as well:
Renoise Sample Editor use as Synthesizer? - Help, Support & Bugs / Beginners Questions - Renoise - Renoise Forums

The problem you would have is getting effectively the sample start of sample A (let’s say OSC1) to trigger the restart of Sample B (OSC2) to force an oscillator style sync like would happen in a synth with hard sync. It would at least take a dedicated tool and as I’m not a developer I have no idea if it would even be possible. You’re better off using a VST with the feature as suggested, but I am more than happy to be proven wrong.

Or a two sample version for more frequency control?
The instrument below has two overlapped samples: 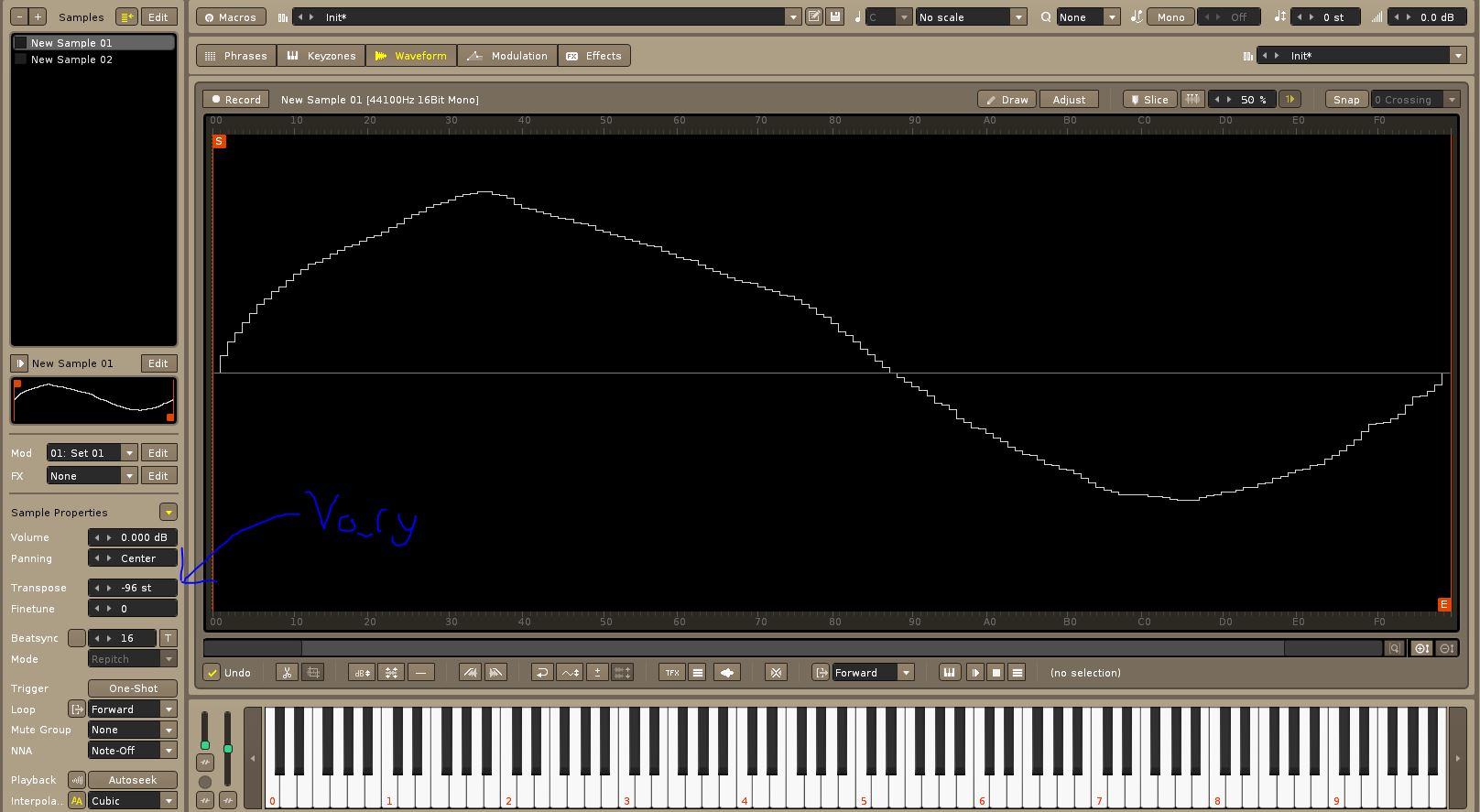 Since Renoise has samples, not really OSCs, it is difficult to implement a real OSC sync. I am not saying this is not possible, but it certainly would require a new concept for some kind of a special oscillator / single cycle / wavetable mode instead a resampler/player. So this would require a lot of effort and time, conceptual, programmatical and also design-wise, so I doubt that this will be a topic at all (since there are so many other more obvious points)

Much more easily to implement would be a ringmod cross-sample mode, or a sidechain for the ringmod device. Still even these simple solutions could not compete with a real osc-based/synthesizer-based conception, but would give interesting new sound possibilities at least.