I use Renoise 3.2.2.
I would like to record VST instrument parameters with a controller (Arturia Keylab MKII) but i need to record on pattern and not with enveloppe automation.
The goal is to record pitchbend, modwheel and expression (with traditionnal midi cc for the last one).

I’ve tried enveloppe automation but i would like to use the real pitchbend and modwheel control, not a fader or rotary know to send cc, plus the way i’ve configured the controller allow me to use rotary knob only for controlling devices parameters and expression is mapped on a fader, which is far better for my taste.
I don’t want to change my MIDI configuration only for the expression control.

That’s why i would like to use pattern effect column.

Then the problem is that i can’t record on a second effect column. I tried to go on the second column with the cursor but everytime it’s recorded on the first one.

Is that normal?
(note that all parameters records corretly)

Thanks for any help!

Then the problem is that i can’t record on a second effect column.

I assume that as you have it configured, Renoise records the parameters in the leftmost effects column that is currently empty.

Instead, go to the desired track, and load the *Instr. MIDI Control device. 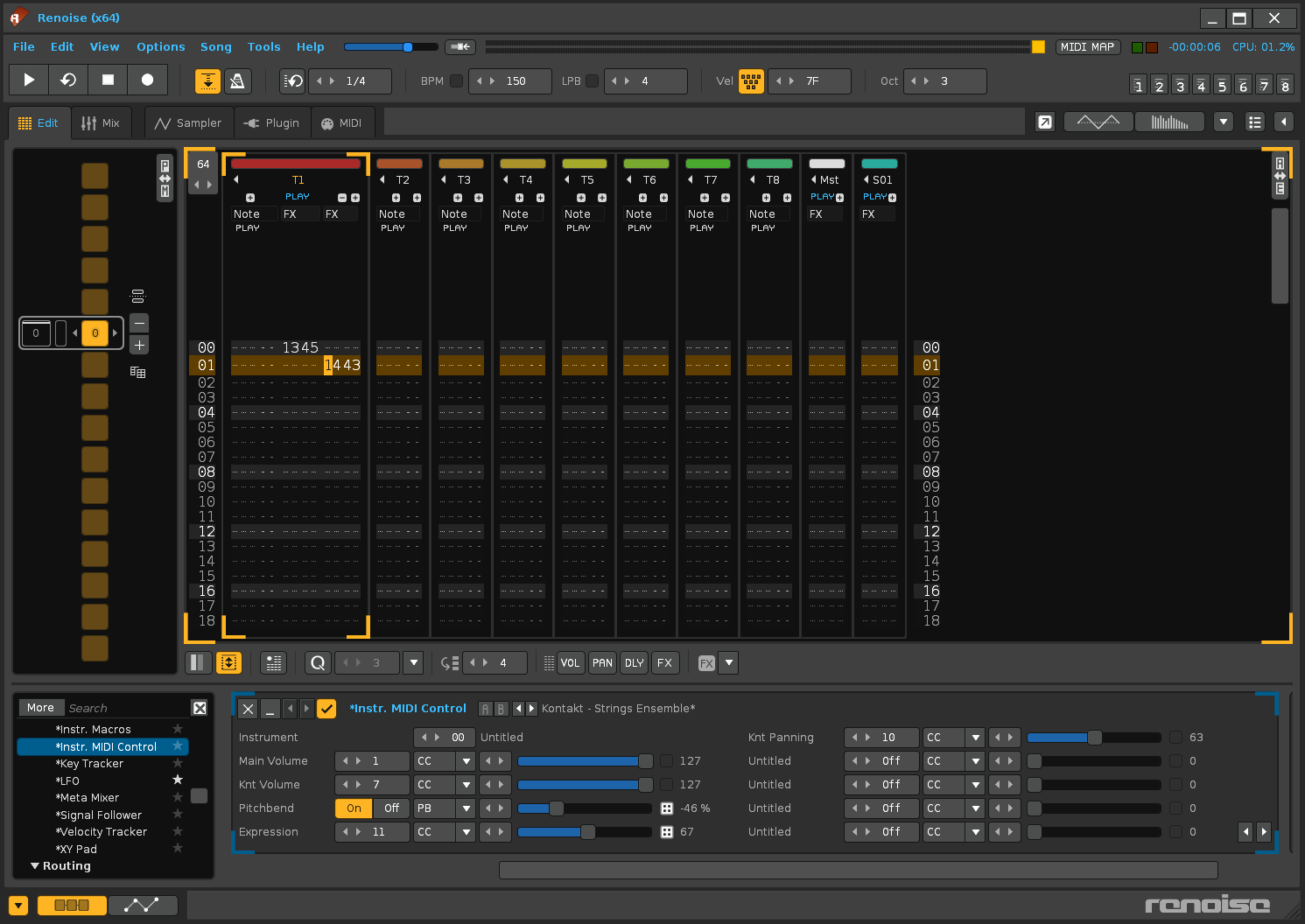 Afterwards, you will be able to select the desired destination effect column. This way you will have the effect parameters arranged in each effect column.

Keep in mind that if you delete the device, all its associated parameters previously registered within the track will disappear.

I assume that as you have it configured, Renoise records the parameters in the leftmost effects column that is currently empty.

That’s not true. It seems to overwrite the values and always drop them into the FX1 column if you intend to record the Pitchbend and modulation on FX columns separately (Renoise records the M0 and M1 parameters). M0 and M1 must be in the panorama column. Therefore, it is only possible to record one at a time on each line. 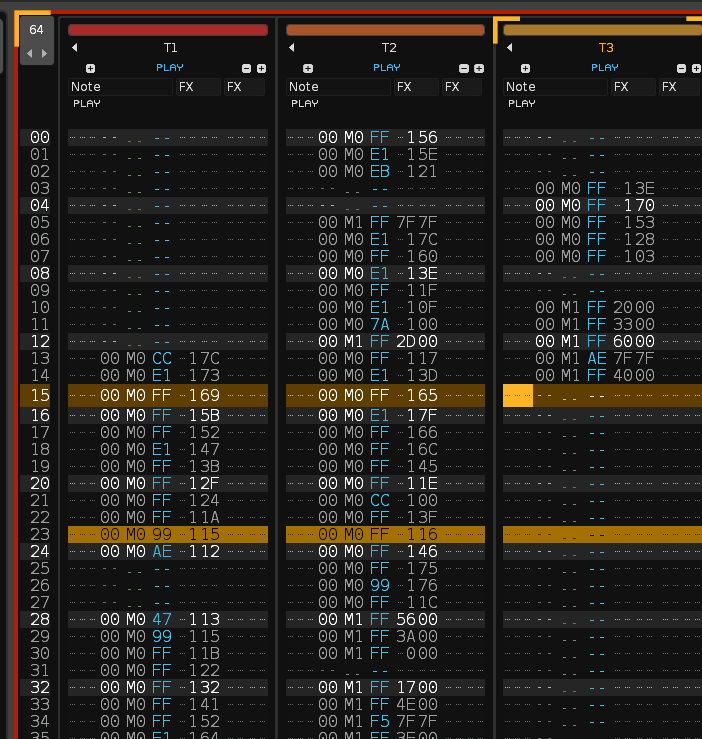 Are you registering Mx parameter in the panorama column?

Thanks for the answer.
Yes it record M0 and M1 in the panorama column too.

Even the standard midi CC record in FX column1 (without the use of any MIDI Control or Automation Device).

I’ll do more test today but i guess i’ll have to find a workaround.

Edit: Thanks for your tool, it was the thing that made me bought this keyboard (the best i have tested in 10 years). Since i’ve coded a tool with Duplex to better suit my need but knowing everything can work in Renoise before buying was great

Yes it record M0 and M1 in the panorama column too.

Well, this is the reason that it is only possible to register one effect per line. Renoise can only record one Mx per line (within the panorama column).

Thanks for your tool, it was the thing that made me bought this keyboard

Hey, what version do you have, 49, 61 or 88 keys? If it were 61 or 88 keys, I would ask you to confirm if my tool works perfectly. Unfortunately, I have only been able to test it with my 49-key Arturia Keylab Mkii.

I have the 61 keys version, i’ll test this afternoon.
I had tested with a 49 then changed it for a 61 version.

From what i’ve seen, everything is the same, i hadn’t have to change anything in my program to make it work between 49 and 61 version. I though some buttons have one octave difference but that was not the case (maybe it has been changed since the last firmware).

Just tested with Renoise 3.2.4 and 3.3, everything seem’s to work but i have a strange behaviour, all controls in DAW mode produces a note when i try to change parameters, even DAW commands buttons.

But They send the correct control too.

Maybe there’s something i’ve missed in the configuration.

all controls in DAW mode

I don’t know why it triggers an additional note. Is it always the same note? Are you sure the tool causes it? Does the same thing happen with the tool turned off?

When this happens are you using the “Standard MCU” configuration in DAW mode or another?

It’s differents notes, probably the notes sent by the buttons in DAW mode.

I notice my program has the same problem on Renoise 3.3 which not occur on 3.2.2 (how is that possible, maybe some news in LUA, haven’t look at that). It’s hard to know because i think i’ve changed some functions in Duplex during last years and keep them for the Keylab program so i have to do more test.

Your tool used is the old version (1.1) so i’ll download the last one and see if something changed.

This is clearly caused by the tools, without tools activated, buttons does nothing.
It’s with the standard MCU configuration for both tools.

I’ll do more test today and let you know (need to test your program in 3.2.2 too)

Edit: just tested your tool on renoise 3.2.2 and everything works perfect, no note send.
So it seem’s both program have the same problem…

Edit2: ok it was on my side, i had MIDIIN2 used in Renoise 3.1, don’t know why i’ve used this entry so everyhing works perfect