Hello! I’m curious if there’s been any updates on Renoise being compiled to run on Raspberry Pi 4 Linux yet?

I did some searches in the forums here, and while I found a few old threads on the subject from 2019 and earlier, but I didn’t see anything new about it, unless I missed it somehow?

I have a Raspberry Pi 4B with 2GB RAM running Retro Pi, and with a little work, was able to get OctaMed4 for Amiga running on it pretty well. See the photo I sent. There’s even an 8 GB Ram PI version out now, although, I’d think Renoise wouldn’t even need close to that much RAM?.

It would be fantastic if this is possible? I’d buy a another Raspberry PI, with a mini touchscreen just for Renoise for a mini hardware tracker!

I bet there’d be many new people interested in Renoise if this becomes possible?

I have a Pi 3 and like you would probably buy a 4 to run Renoise and move away from the PC. I don’t think it’s on the cards though. Is that Octamed running in Amibian?

Whoops, I had that last message all messed up… Its Amiberry Amiga Emulator installed for sure to get Octamed running. I was looking at the wrong thing in my Retro Pi setup page.

I too would love to see an ARM build of Renoise to run on the raspberry pi. Hey, I’ll even volunteer my time to help troubleshoot the compilation process, if the Renoise team would like!

Raspberry Pi 400 (with 64-bit Raspberry Linux OS) computer lately. I am even considering to stick to this computer exclusively and only! Because everything works (even my Bluetooth controllers and USB audio interface). I’m leaving even Mac(s) (after using them exclusively for nearly ~18 years now).

I can pay twice for Renoise, but this: make it ARM64 ready, please. 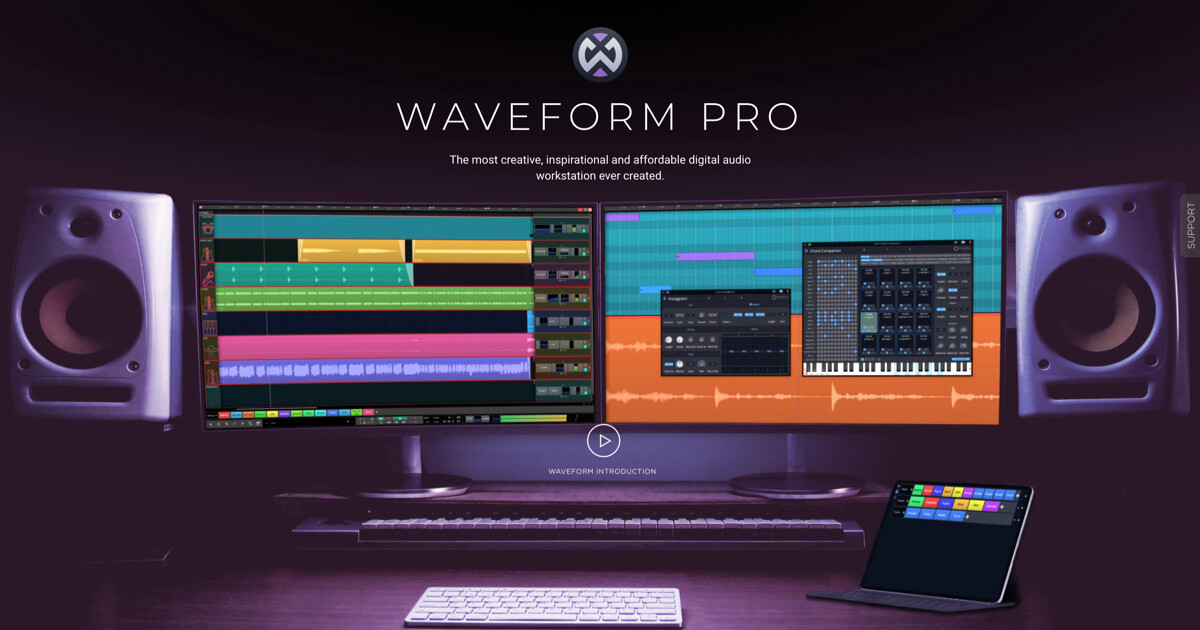 The most creative, inspirational and affordable digital audio workstation ever created. Waveform is laser focused on music production.

There is a raspberry PI “Free” port

I cannot emphasize this enough!! I would LOVE to be able to have a copy of Renoise running on a Pi (in my case, attached to my MIDI guitar, so that I could use my guitar as a standalone omnipotent sampler!)

MWAHAHAHA I can almost feel the Renoise Pi power!

an ARM based renoise binary is definitely needed

that would really open the door to so many interfacing projects in the DIY community.

I think I’ve already expressed this elsewhere on this forum, would love to see an ARM build as well

Count me in for an ARM64 build. It would be great to run Renoise natively on my Chromebook . I’d also pay for the extra license too.
Edit// when I say natively, I would still be happy with the Linux ARM64 build as I can use the Linux layer on the Chromebook, I’ve had good succes with Reaper, Waveform and LMMS ( Tho LMMS is quite an outdated build ).

Slightly off topic, but it would be great if Chrome OS wouldn’t have to be hacked so much to get things like audio and video to work on the Linux layer . And you have to jump through hoops just to try out a Linux distro from a live usb, possibly bricking the device.

I’m currently working on the Apple M1 port. Once this is done, it indeed would make sense to look into the ARM64 Linux port as well, as they are basically the same. Can’t promise anything here but definitely will give this a try.

@taktik Thanks for your reply, good luck with the M1 port and hopefully the Linux ARM build

Nice, to both of these, Renoise on Pi400 would be Amiga v2 for me personally.

Not to give anybody any ideas but I would seriously buy another full license to get Renoise on a Pi.

You maybe are in good fortune. The developer might be completely wasting his time doing just that for you Any news from the dev-team? - #7 by taktik

Thanks for the pointer! If you really feel it’s a waste, I feel you underestimate to what extent this could blow the roof off renoise use cases. Renoise Eurorack, Renoise on Zynthian, Renoise handheld etc. Heck, I’d get a pi400 dedicated to Renoise for every one of my kids just for the fun of it.

A Renoise based Dirtywave M8 is like a wet dream.