So I am testing some cpu stuff ( testing on an old i5 cpu )
I created a patch in u-he zebra hz , which enables all diva filter ( eight of them )
In renoise I can input 3 notes reaching 80 percent before going overboard , adding a fourth note gives cpu overload ( this is when the zebra-hz patch was created in renoise )
Restarting renoise and reloading the patch , I can easily input 5 notes before going hayware ,which brings it on par with reaper performance
This is verry weird 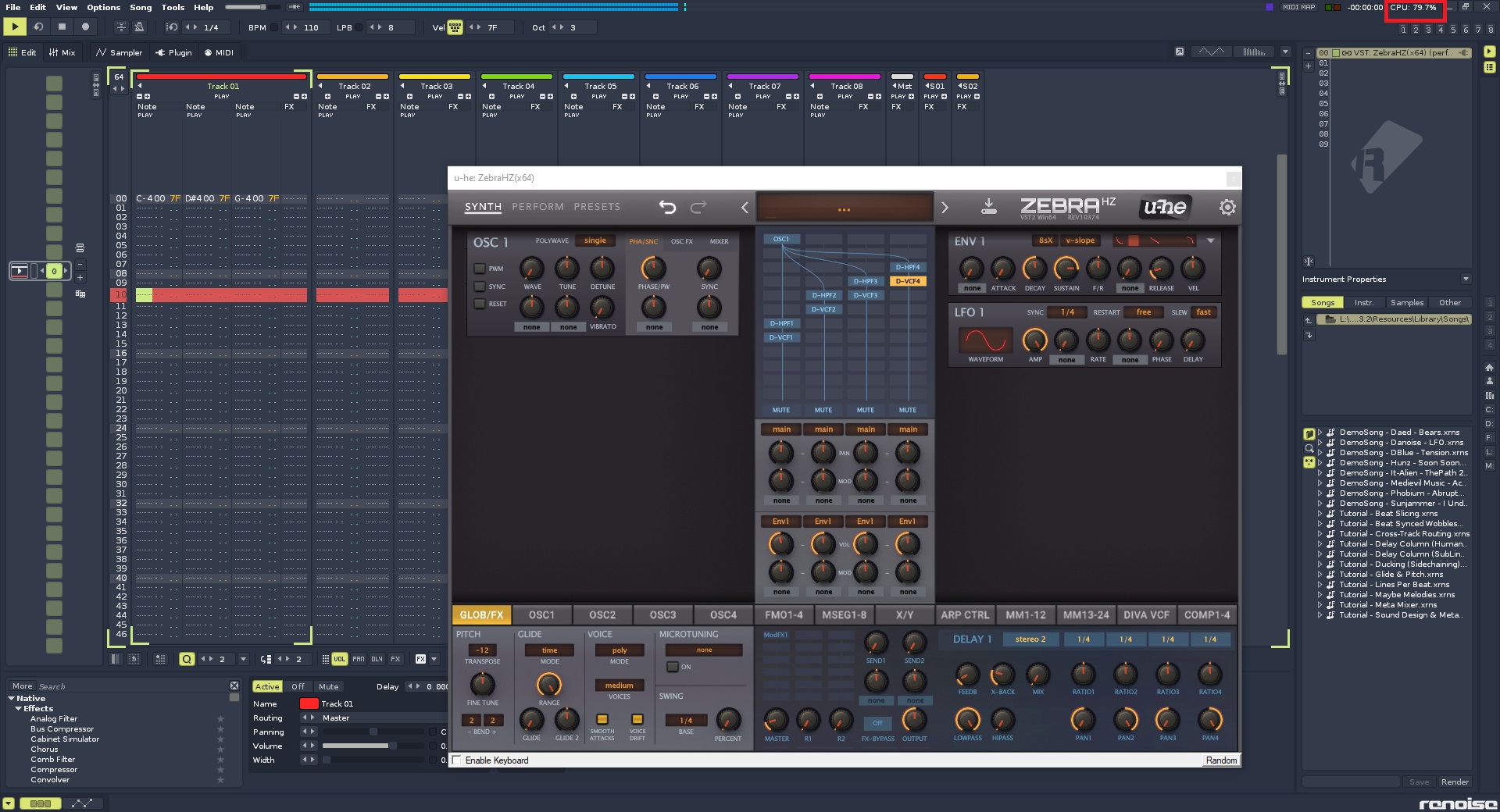 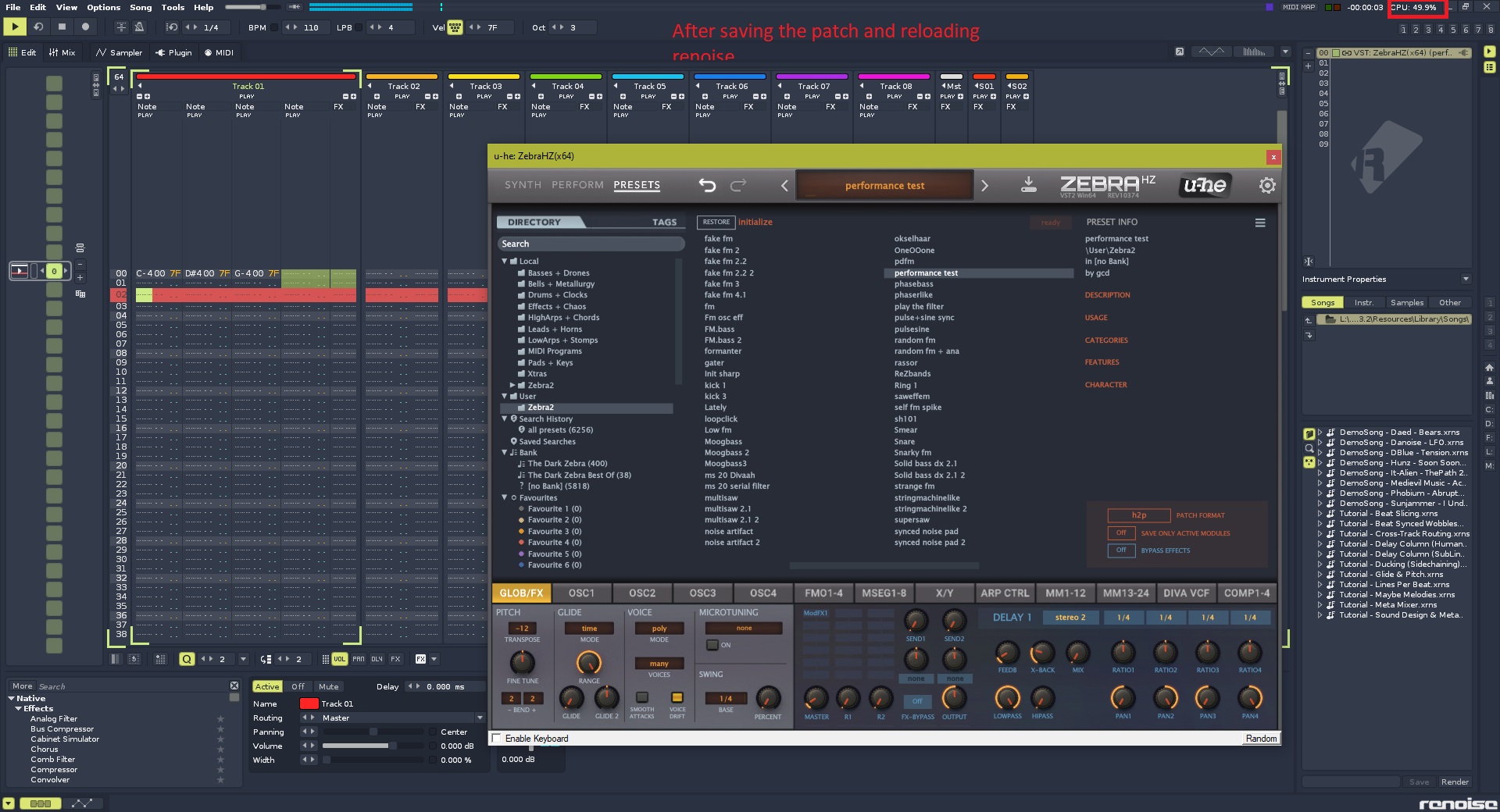 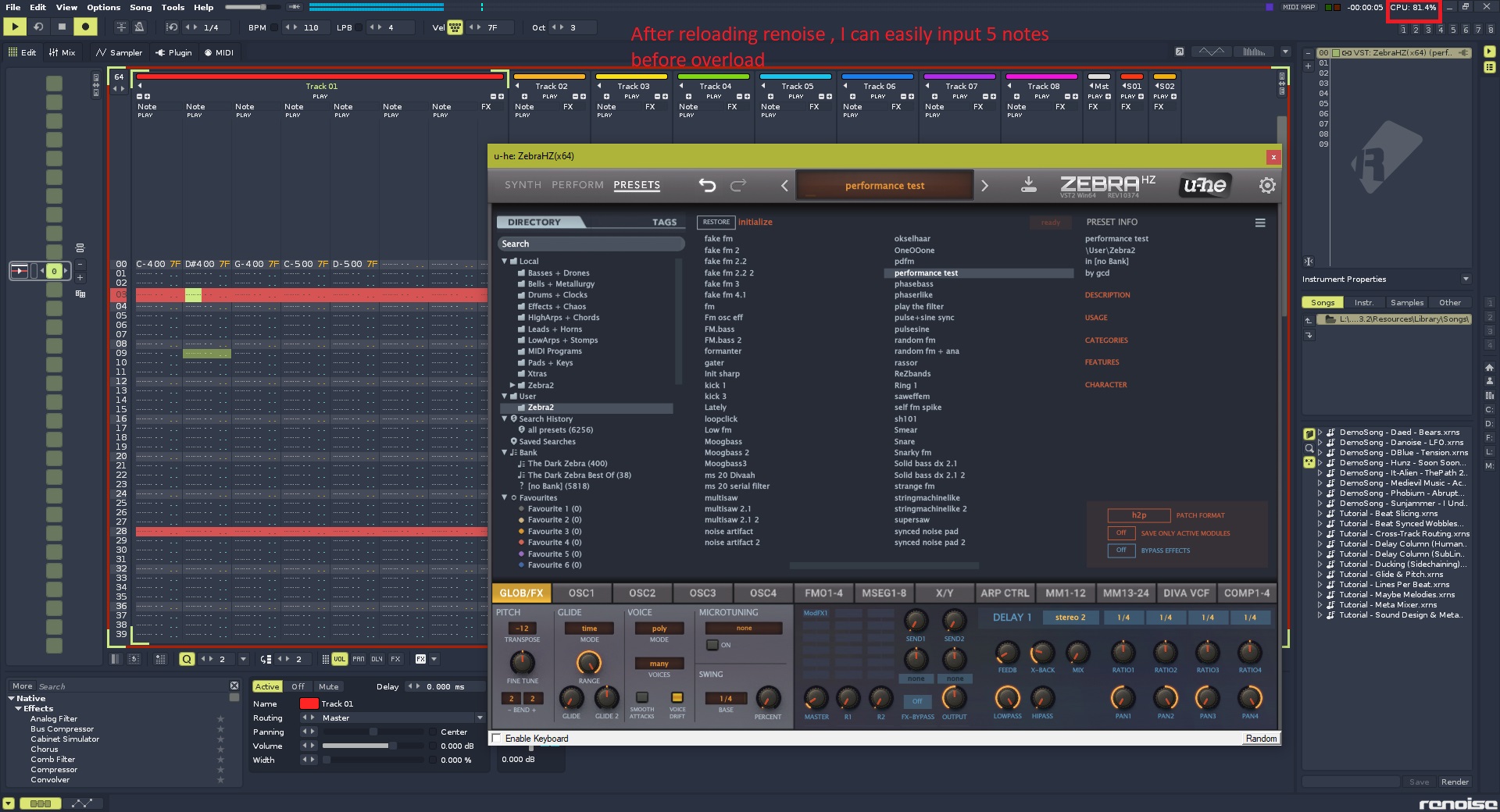 In reaper, when you do the same thing (new synth, config etc.) you don’t get the same perfs ?

Have you seen this thread?

Strange behaviour - pluigns (like Vital for example) drains CPU before they start to be using. I mean - I have for example 10 Vital instruments and after I load song, CPU is instantly go to 99.9% and song plays choppy. BUT - when I play them one by one - CPU usage decreasing (every instrument/plugin activation - when it starts playing) and remains at lower level after instruments ends playing. Why is it 99.9% anyway if I see in system that IDLE process is about 70% at the same time? CPU: i7-87…

In reaper I get the good performance right away (when creating the patch from scratch ) , no need to reload the host and save-load the patch .

thanks, more clear… does closing UI change anything ? I already have experienced cases where that’s more graphics rendering than sound processing that kills cpu (guitar rig 6 for instance)

Vital drains cpu as soon as the gui is shown ( noticeable in task manager ) , I have noticed this odd behaviour with certain plugins .
Zebra-hz does not exhbit this behaviour , it’s just weird why renoise behaves so much better after a restart + loaded (zebra hz ) patch

ok, I have no much clues, sorry… I hope you’ll find something ! (I stay tuned, I’m curious

oh… I’m thinking at something… Does your audio buffer is the same amount in renoise & reaper ?

Problem solved .
It’s bug in zebra hz which I ironically found a couple of months ago and already mentioned on the u-he forum
I have forgotten all about it
The diva high pas filter is not instantiated after reloading a patch , and thus not processed