I mean not every Single effect as a seperate plugin.
I mean a plugin rack, to load the renoise effects and and modulate with the lfo for example.

I dont know, how much work it is, but it is allready everything there. It can be a little redux without the Sampler, with audio input.
@taktik what do you think?

Definitely! The effects in redux are really great and well deserving of a standalone fx version. This could even be a paid addon, I would happily pay for it.

I have tried using the vsti as fx plugin but it is fiddly. Reaper for example always passes the dry signal through the vsti plugin so you always get a blended signal of wet and dry. There are ways to hack by rerouting but then changing presets resets this. Telling Reaper to treat redux as a vst isn’t ideal either as it won’t show up immediately when inserting instrument.

I opened a similar thread:

As you might now, with the #Line input device it is possible to use Redux as a bare multifx. Using static effects on any topology that has no feedback loops is supported. Macros allow external automation. This means that one can modulate a lot of parameters. It is also possible to do some pattern-based effects, as e.g. the legendary CamelSpace VST did, unfortunately the best bet now is to write patterns externally as DAW automation controlling a macro. This has the side effect that patterns ca…

@Chuck what I have been doing on Reaper to use Redux as an insert is, in this order:

It is suboptimal, but is a better solution and it can be saved as an FX chain.

I also think this would be a great feature! You can always take a look at how Serum is doing it in SerumFX for some inspiration.

@rafa1981 I do it in a similar way, but rather add another track and do some routing, similar to this [Tutorial] Elektron Overbridge as FX in Reaper - YouTube In this way you don’t need to add any additional VST:s, just an extra track and some routing.

But that can’t be saved as a FX chain, but as a track configuration, which is more inconvenient for trying things.

Since then, I developed a plugin for these Routing issues and added some FX and routing capabilities too: 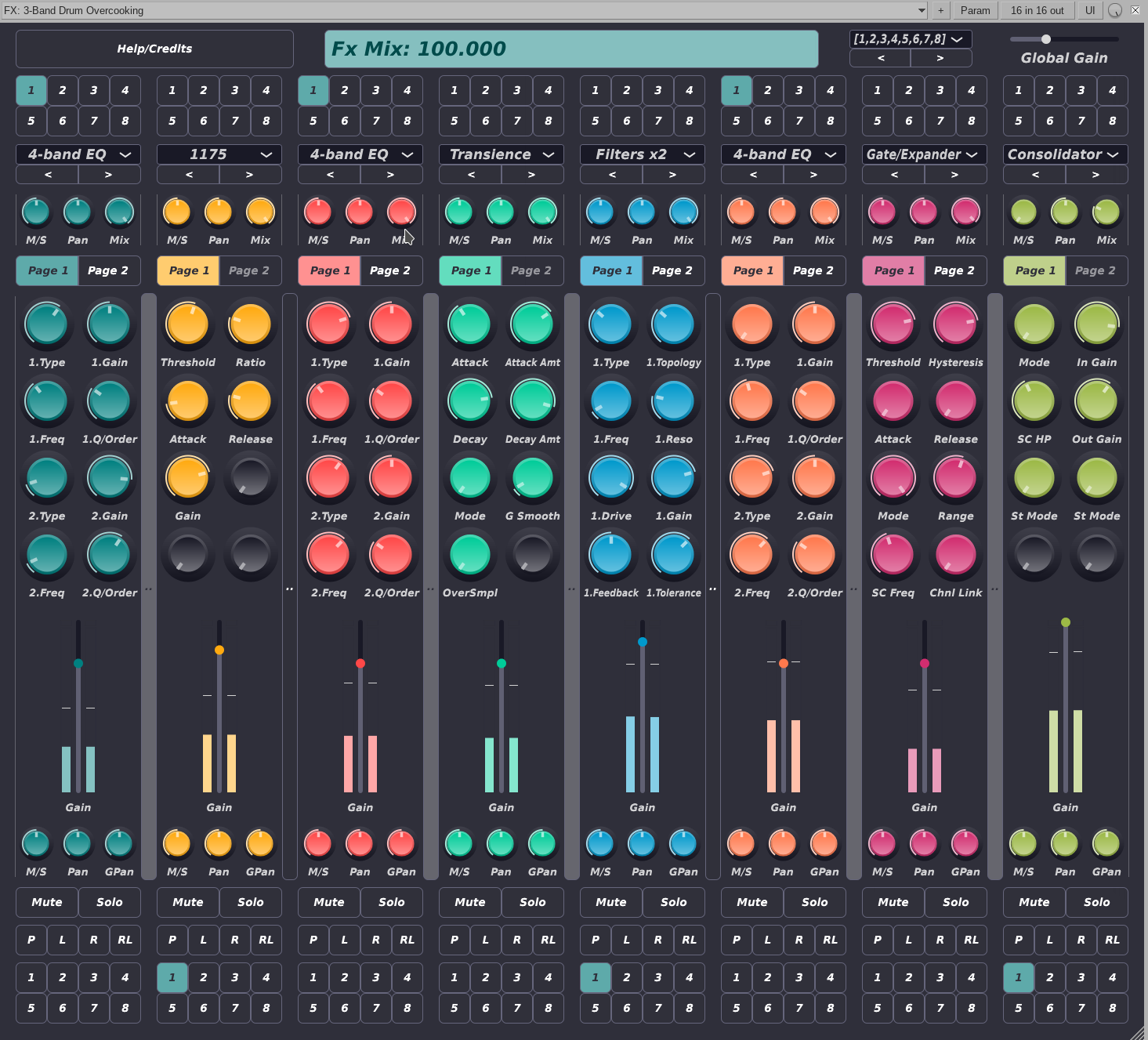 This plugin, originally intended to be used by me on REAPER on a big screen, started as a mixer for audio buses on the same track. Additiona...

I think that official Reaper added a routing tool as JSFX too.

But that can’t be saved as a FX chain, but as a track configuration, which is more inconvenient for trying things

True true. Your solution sounds more flexible in that way!

I think that official Reaper added a routing tool as JSFX too.

Interesting! Didn’t know about this! Will check it out (can it be the plugin named JS Channel Router w/Polarity maybe?). I run Mac these days so am unfortunately not able to try out your plugin, but the JS plugin sounds promising.

@rafa1981 Ok, now I have tested a few things but I couldn’t solve it with just one JSFX, at least not one I found, I could solve it though in a similar way as your first solution by using JS Channel Router w/Polarity and route 1/2 to 3/4, then adding a JS Mapper-Downmixer and there mute 1/2, then set Redux to input 3/4 and then output to 1/2, then another JS Mapper-Downmixer that mutes 3/4 (you need that last one if you don’t want to send the dry signal to the master on 3/4). In that way it is a Reaper only solution with no need of extra VST:s. Still a bit long-winded though, but can be saved as a FX chain. (can still not be used as an Item FX in Reaper though, the only solution for that I guess is a native Redux FX VST wich I still hope for ;))

+1 - The Renoise/Redux-FX are top notch and I really would love to use them in other DAWs, too. I’d even pay another full renoise-licence for this.