What feature are you hoping for in upcoming Renoise releases?

The removal of all forms of numbering and lettering input from the software i.e no hex numbers, no note numbers, no letters, all information must be input in a series of highly specific dots and dashes sequences that require extreme precision with 0% margin of error otherwise your song won’t play at all.

Removal all vst support, only renoise stock devices. Plus they all get hidden in the depreciated effects folder every time you start up the software, so you gotta go find them every time to load them up to just to be able to use them. Oh and they all have a 30 minute time out limiter on them as well, at which point you need to restart the software again to continue using them.

Less tracks, there’s too many. We only need like 3 anyways, I mean come on!! Also groups…what the fucks up with groups? Scrap them to…waste of time!!

A piano roll as well, but it’s right to left instead of left to right and you can’t see the notes you input cause you have to memorize them as you put them in… like a REAL musician would do!!

Get rid of the scopes…I don’t like the squiggly lines and bars and stuff moving all around the place when I’m listening to my synthwave masterpiece, they make me feel nauseous and just hiding them makes me nervous knowing they’re just sitting there in the background still going out of sight. Lose them please.

So in general I think we gotta move awaaaaaaay from user friendliness with the software and get really fucking deep into the whole esoteric experience, I’m talking up to our necks in complexity!! Making music should be hard, like really stupidly hard, like it was always meant to be yaknow!!

Oh and also no more regular updates on future relea… actually no we have that already, nevermind!

As someone still relatively noob-ish, thank you for suggesting so many quality of life improvements.

now you gotta come thru on this… 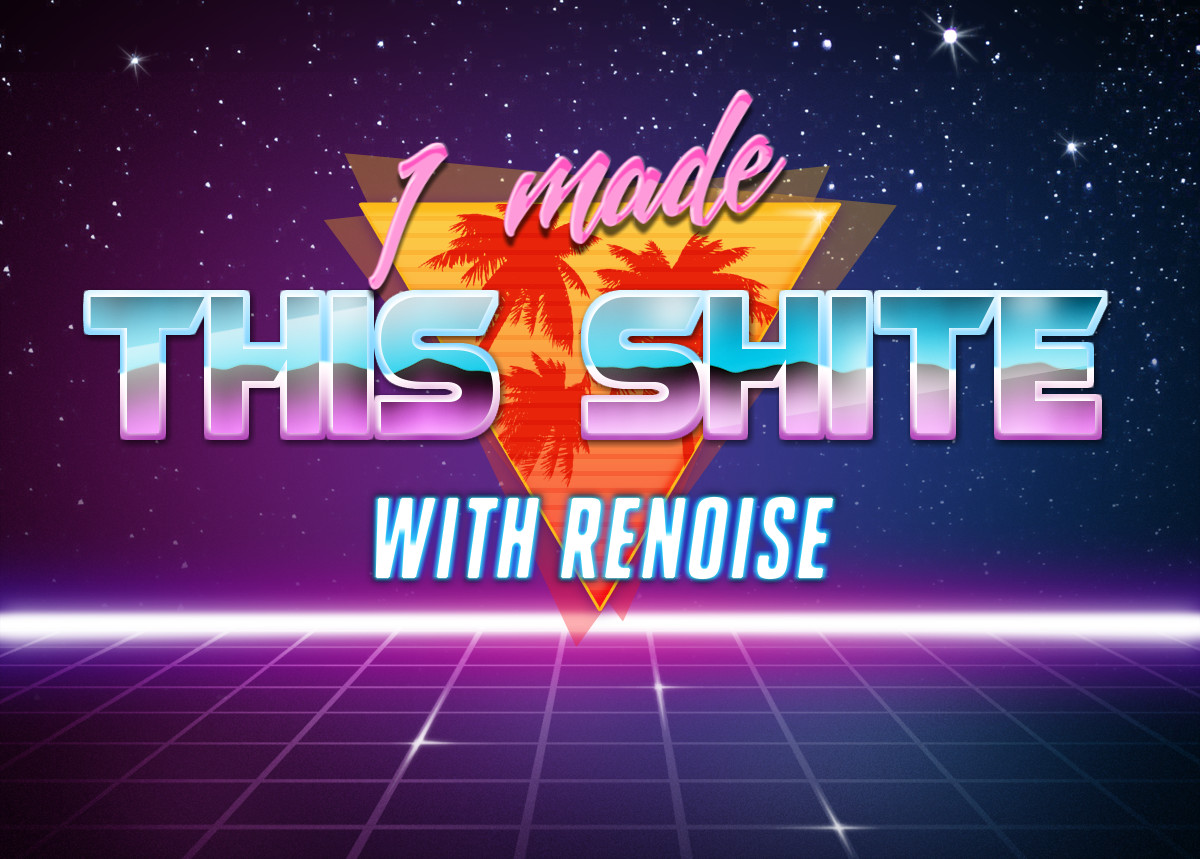 In case you have missed it. @toimp is working on a totally awesome tool.

If this video does’nt tickle your senses. You are either a stubborn baby, or a grumpy old fart I’m on loop - still hoping for some granular native to the sampler. I have both of the Tools that do single-head granular, now hoping for multi-head granular “built-in”. It’s the pinnacle of sampling!

Yes. You are on loop

Granular synthesis is great. But. There are already lots of plugins for this.

There are already lots of plugins for this.

I just won’t use plugins - I know and have purchased many of the granular ones. They all suck enormous resources, and I’m not going to buy another computer for a while. None of my songs currently pull over 15% of my processing power and I’d prefer to remain native to Renoise. Loop-do-loop I go!

all of the above will be implemented before even considering the implementation of a piano roll.

“Doofers” for VSTi / a.k.a. Instrument Racks: can load multiple instruments in one single instrument slot for layering purposes.

This, but in the current instrument fx context. I have an idea here. instrument number could be selected in device on index 1 (optionally and also midi channel), so in the input device on the left of every dsp lane. The automation device could stay as it is. I think then the API could stay almost same, too…?

A slide random option in LFO

Spread the midi data is in the Split into separate tracks tool by @fladd that I tipped you about. However. That tool stopped development in 2016. And there are some desired functionality missing. eg. Does not remember last used settings. Spreads same notes across many columns in a track

Would also be great if MIDI could be imported to a phrase. So Redux users easily could switch between Renoise and different DAWs, without losing the great sampler and tracker functionality. Insentive to create instruments and phrases that works everywhere.

I hope that in future more and more features will be removed from renoise, so the community will get more opportunities to implement them as lua tools. Over the course of the next releases the core features should eventually be removed bit by bit, until after some releases only a basic lua interpreter is left. The renoise can be made to do anything! Just you have to code it yourself tho…

This also has the benefit to shorten the interval between releases, as it is easier to remove functionalities than to implement new ones, also bug fixing can reach a new dimension - if a feature has bugs, it is much easier to just remove the feature than growing old over trying to fix the damn bug.