What feature are you hoping for in upcoming Renoise releases?

Reading the comments about the new functions, I was thinking how much it could change the perception and approach to creating music and caught myself thinking: how much do I need this? I mean that it is quite possible that the existing order has its advantages. And the only need thing that currently corrected is some artifacts associated with adsr. 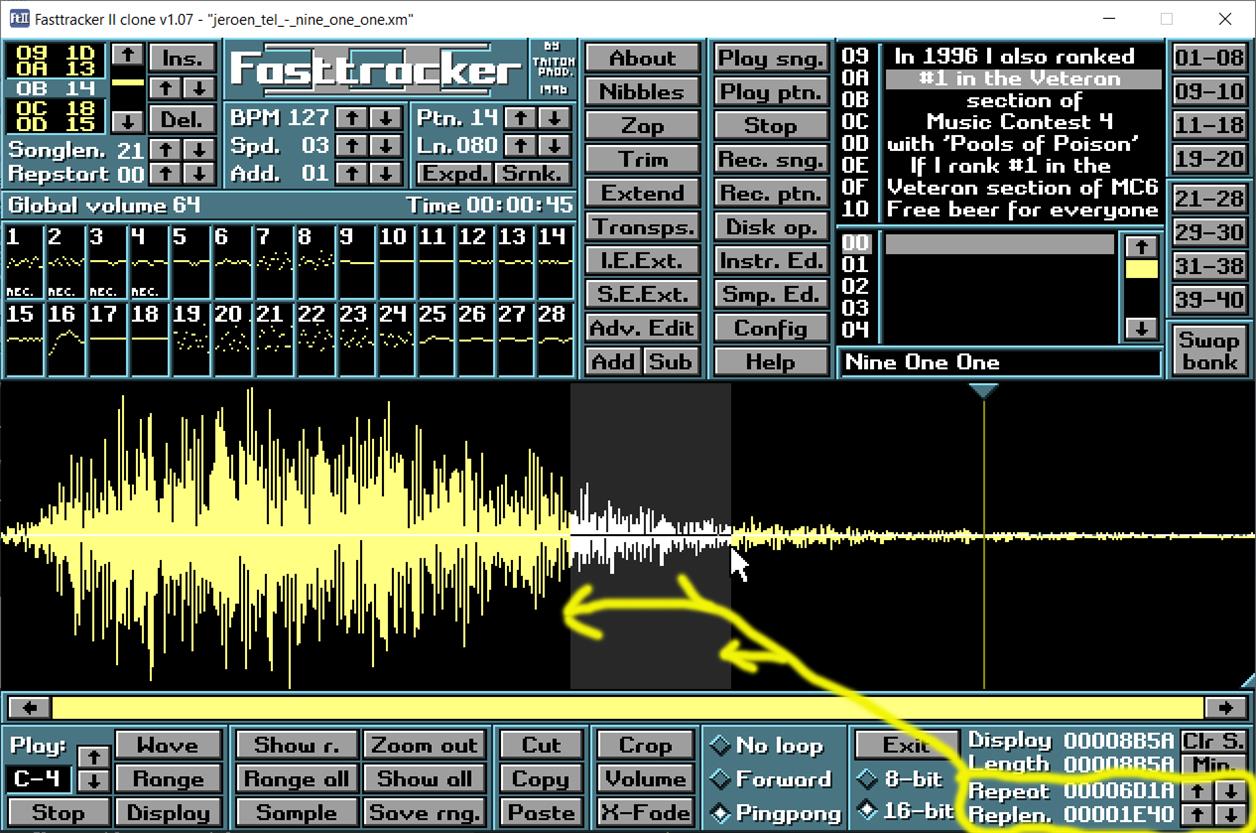 With mouse very often selection in small areas is nightmare.

By the way, is piano roll legal?

Personally. I rarely use the mouse for anything but coarse selection/cutting.
For fine cutting I use the keyboard. Much quicker and precise. The keyboard gives you the kind of control you are referring to in your screenshot.

The Windows equvalents is just my best guess

Yes. I know this shortcuts. But thanks anyway.
But if I must do this: 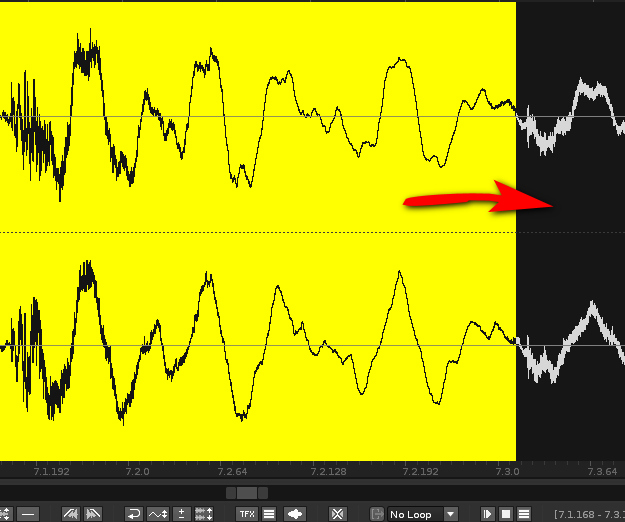 for correcting selecting area, I must click the mouse between select area and basic area. And sometimes “bugcliking” happen and all selection area gone.
That’s why in FT2 such nice and important feature was made.

For adjustment of a selection. You just let go of ⇧, repress ⇧ and grab beginning with ←, or end with →

‘Missing’ Button on this tool might help? keep clicking and it jumps to all missing devices. Not perfect as from memory it looks for 0 parameters but works most of the time + you’ll spot the instances it doesn’t.

Also did this that makes the renoise menu more readable:

The ability to stack plugins to put a MIDI effect before an instrument. Consider Bitwig, Reaper, Ableton, probably most every other DAW that allows this without having to route it. This could be done by simply allowing instrument vsts in the audio effect area. In the same vein, if this is not a possibility, the ability to send and receive on multiple MIDI channels to be able to facilitate MPE, specifically for handling per note pitch bends which is not standard in MIDI hence the MPE workaround.

I love the overall approach of renoise. The amount of control over individual parameters is great. I love the tracker style. Just wished the above was possible.

the possibility to assigh midi input to “hide,show” VST windows (the “editor” button)

My favorite improvements would be a stacker system for sound generators, too. I agree, would be awesome, if this was possible in the fx section of an instrument. Since you already can drag instruments there. I think that the first device (input device) could provide an optional instrument selector, so then you would select multiple in the fx section (and also could get rid of the instrument number in the pattern optionally).

And a parallel container for fx, too. If the first point was done, this point would be possible already, too. And you could save your stacker/fx setup into nice presets.

But I doubt such changes will come, since they require fundamental changes in the way Renoise processes midi signals. Porting to ARM seems to be a huge task already.

Hoping for a Renoise update soon - just finished an album, and am hoping for my synthesis/sampling/arrangement dreams to come true for a new album creation!

If Renoise got wavetable support, and a wavetable editor that matches the power of the sample editor. That would be wow. However, native loop point modulation in the sampler, would be close to perfection too.

Make a Recorder device or just add one to end of track chain, or just extend the sample recorder to be able to tap all tracks and arm record each…basically make multitrack live recording native in Renoise!

That’d definitely be a great way to make stems, then in Render dialog tell it to render just the Recorder devices. +1

exactly, could have a dialog overview to manage the rec arm of tracks etc, or in the mixer next to track name

I’m still hoping for Ableton Link support since I don’t see Bitwig adding Rewire support ever now that it’s discontinued. JACK Audio doesn’t work on my computer before anyone suggests that

I’d love to see an updated Duplex baked into Renoise as part of the core, so that it’s fully compatible (the last release was 2017) as being able to interface strongly into Renoise would definitely attract more people to it.

Another is the ability to dynamically change length per bar, and have all of the notes dynamically move to where they should be, for example you’ve got a basic for on the floor, and you then need to make some triplets, you don’t have to think ahead, but just change the length per bar and have it all move as needed neatly.

Another is the ability to dynamically change length per bar, and have all of the notes dynamically move to where they should be, for example you’ve got a basic for on the floor, and you then need to make some triplets, you don’t have to think ahead, but just change the length per bar and have it all move as needed neatly.

makes triplets/tuplets a breeze without having to change your lpb or pattern length. great little tool