What Would Be The Point Of Renoise Piano Roll?

So I just bought Renoise, a few days ago. I really like it. I first downloaded the Renoise demo in summer 2007. Since then, I have deleted, reinstalled several times. Finally I decided, OK, I’m going to learn how to use a tracker.

So, having my backstage pass, and browsing the forums, I see a lot of feature requests that would make Renoise like a lot of other programs.

Piano roll, side-chaining, arranger, audio tracks, etc. Perhaps, it is good to own Renoise + a standard DAW. I own Ableton Live as well. But, Ableton is big, bulky now. It is not the slim, sexy, fast software it used to be. + I think with a side-chain comp, and knowing what you are doing, can you not already do side-chaining in Renoise?

Also, isn’t a tracker like a great piano roll anyway?

I know very little about Renoise. Actually, I’m attempting my first song, and I’ve got to read and study the manual a few more times. I like the program. It is very, very spartan. Isn’t that what makes it cool?

some thoughts and i’m just speaking for myself here:

I see a lot of feature requests that would make Renoise like a lot of other programs.

yes, but a lot of that would be optional, so you don’t need to use it and can still use the ‘pure’ tracker approach.

Perhaps, it is good to own Renoise + a standard DAW.

yes, perhaps, but since renoise isn’t finished new feature’s will come, so why not aim to have it near ‘all-in-one’ ?

I think with a side-chain comp, and knowing what you are doing, can you not already do side-chaining in Renoise?

yes you can… but then you might as well remove all the internal fx since there are tools for that also ?

Also, isn’t a tracker like a great piano roll anyway?
yes sure. … for most things its very fast and handy but personally i find editing things like this to be slightly complicated to edit, a piano roll would fix that.

It is very, very spartan. Isn’t that what makes it cool?

yes, and you can work super fast in it. new feature’s don’t always mean clutter, but i agree the mnml feel is so nice. but i also really dislike to have to use other tools sometimes. i rather do it all in renoise.

so yeah welcome… just me rambling ;] , back to the music.

Thank you for the warm welcome, and well thought out response. I appreciate. I get back to some music as well then.

It is very interesting. In Ableton, to compose, I have to start the transport, stop the transport, open midi window, do sound design, do a whole bunch of things that destroy flow.

In Renoise, it is a constant flow. Natural. I never knew. I guess, I kept exploring, but I never guessed…

Thank you for warm welcome

It is very interesting. In Ableton, to compose, I have to start the transport, stop the transport, open midi window, do sound design, do a whole bunch of things that destroy flow.

ye, that’s what made me interested in renoise too. i was using cubase for the longest time but when i realized that i could see what’s happening on all the tracks in one view in renoise, i switched.

What is the point of being “cool” ? If you want be cool wear some “cool” clothes, glasses and visit “cool” places. The idea of software is to give it’s users tools they need. I’m sick of pianoroll, I don’t like it and I’m unable to work with it though tracker interface is great so I use renoise. It is fast and comfortable, ok. But audiotrack or arranger will make it even better. So why not add them? I don’t see the point, sorry.

Also, isn’t a tracker like a great piano roll anyway?

True… We don’t need a pianorol.
The only people that want a pianorol are the people that are used to fruity-loops and rather don’t want to work with a tracker.

i hope it has a vertical scrolling mode atleast :>>

ild love to have a piano roll…

i started of with reason… after i while i discovered renoise. havent slept that much since then…

but i think having a piano roll gives the ability to record melodies morge acurate, if u record a piano riff into a single track it really gets confusing

yeah i’m sure that sounds fantastic.

^ i did wonder how long it would take to get noticed

I’m always up for new ways to display and edit existing data. As long as the pattern editor remains the core and the piano is just an appendix, I say: bring on the colored, squiggly lines!

And to prevent mutiny, just make it more powerful for keyboard users than for mouse users hah.

No, trolling would be saying Fruity Loops is better than Renoise

Superficially piano rolls make it more comfortable for the less tracker-centric … I have no problem with that. However, if I want a representation of a melody (or chords), I use my ears.

Let’s say Renoise implements a piano-roll, how would I use it?

If I live-recorded a midi track, then manually quantifying is going to be heck of a lot easier and common sense with a piano roll. Other than that, I can’t foresee any other use. For the people who record polyphonic midi tracks, piano roll layout makes better sense. I know from personal experience that tweaking live midi piano on a tracker sucks a bit.

I’ve been saying this for a while, but I reckon Renoise should implement “track types”.

When you “insert a track”, you get a choice between these 4.

I also think the “Wave” track is more needed than a piano-roll, and would put things like the arranger into better context.

What else is there besides piano roll?

In German there’s also “Prolls”, which basically means chavs or jocks… so yeah, I’m leaning towards Foo?'s suggestions as well.

But actually, it could be of some use… if implemented properly. If you think it’s just a Fruity Loops thing you’re mistaken!

But now for something more light hearted.

I don’t even know what a Pianoroll is.

I’d rather have this “wavestreamer” where you can load up loooooong vocal-tracks and shift them around in patterns. Some sort of vertical sampler. 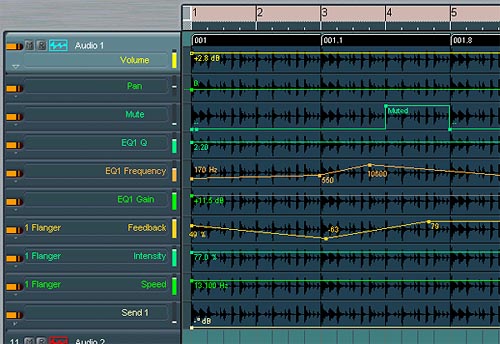