Where is the changelog?

I haven’t used renoise in ages and decided to fire it up today and tried the check for updates option (not that I usually would do that). I noticed there is a new increment release and I’ve downloaded it but I wanted to know what was new and, unless I’m missing something obvious, I can’t find anything about the release. Renoise.com release announcement links to 3.2 release and searching the forum hasn’t led to anything.

So what’s new and why is it so hard to find the info?

Renoise.com frontpage, not sure why you cant find this: 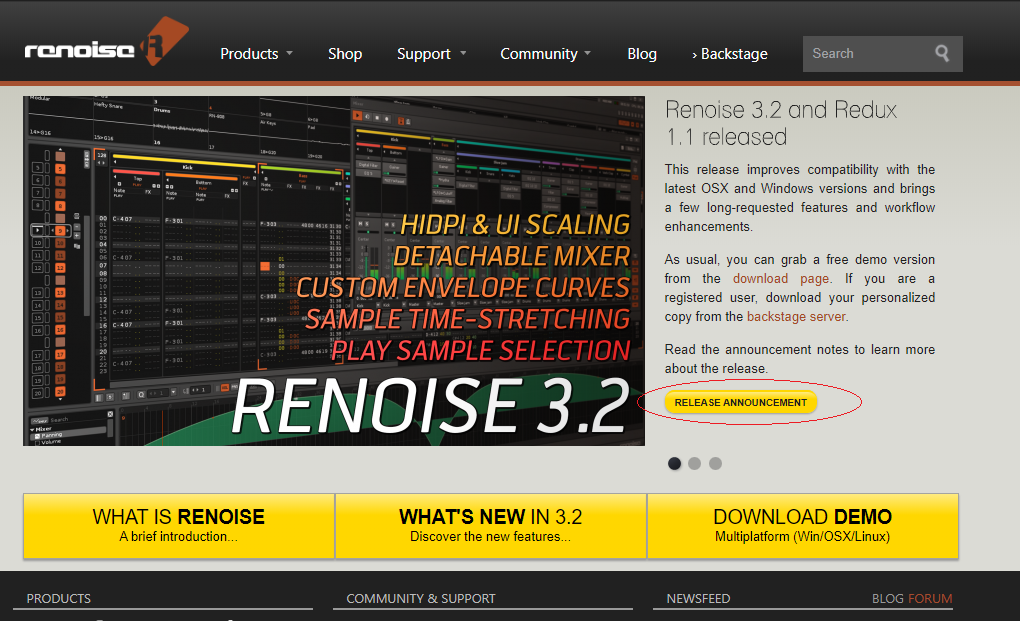 There is no frontpage news for 3.2.1, but you can find this quite easy via google:

They can be downloaded at the Renoise Backstage now. This is a “.1” release with just a bunch of fixes here and there (from the past weeks) feedback. If everything’s OK with the builds they will be published as non beta builds next week. I wanted to give the authors of the bug reports a chance to quickly verify the fixes. Songs saved with this version are fully compatible with the 3.2 “final” release so it should be safe to switch between the beta and final versions. Reply in this thread to d…

You’re right, forum search brings alot bug reports for 3.2.1 and other topics (not quite useful): 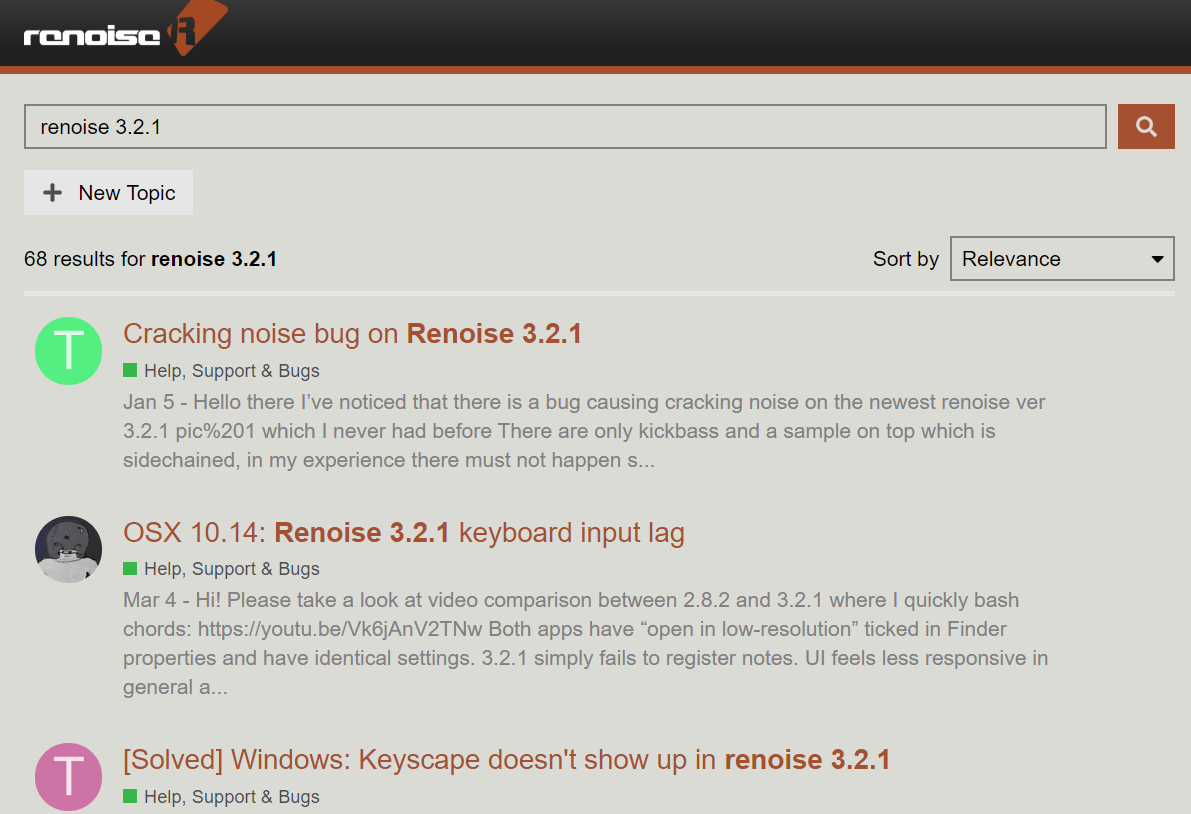 For every release, there should be a blog post.

Thanks. I did see the release announcement but that is not information about the latest release. I didn’t try googling as I thought it would be easy enough to find on the website or the forum directly. There definitely should be a blog post for each release or, at the very least, a sticky thread somewhere on the forum.