I forgot about this one until today. It’s mainly a tool for the artistic performers or for having some fun:) Even potentially useful for everyday tracking, in some cases.

I remade it from an old version that was a lot more complex (made before learning OO). I hope there are no serious bugs in it. Feel free to report!

PS. Don’t mess inside the doofer, and don’t try to contain the device within a doofer. Unfortunately the LUA API can’t readily access devices within a doofer. If it was possible, it would have been easy to share awesome track color presets…

Bug while I add a new track:

My pitiful GPU hates it! 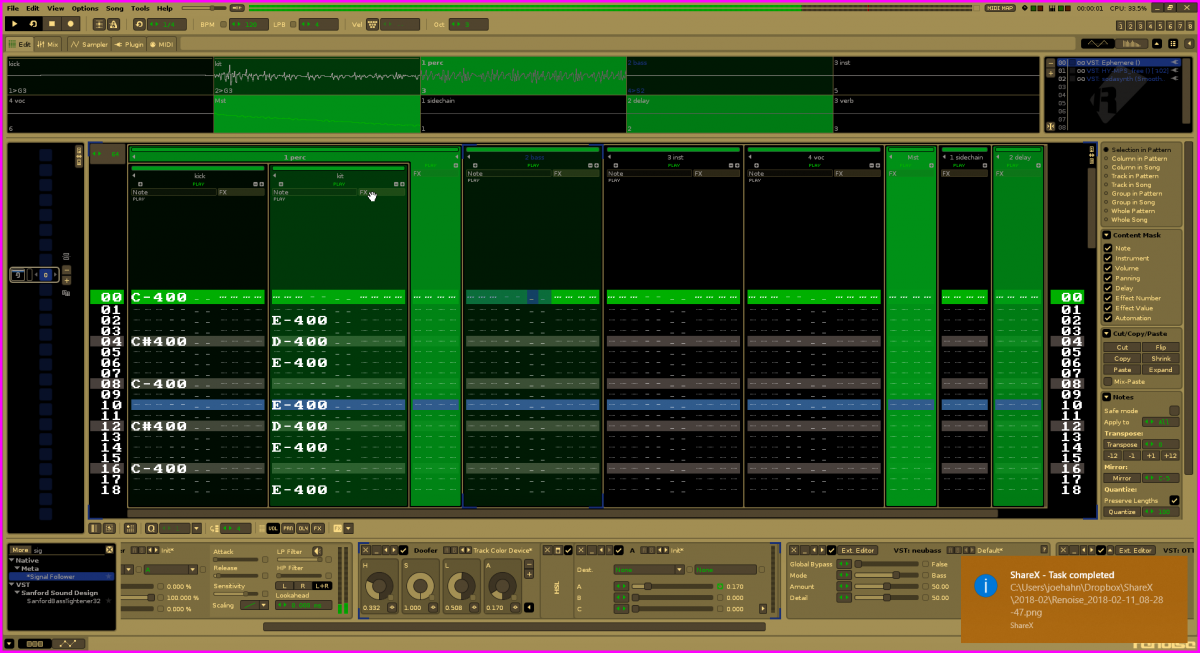 Too bad! It’s running smooth on all of my computers, but I guess it ‘depends’!