I asked a question related to this last year and although the Dev gave me feedback (thank you) this is still an issue to me, and the issue is: how resampling is broken on Renoise.

The effects almost always sound weird, have phase issues or worse if I resample an audio in ANY other way that isn’t render song to disk. I have to hope the plugin I picked won’t give me a headache. What is going on? This doesn’t seem to be an issue in any other DAW that I’ve ever used, am I resampling wrong? I don’t think so, I’ve tried every workflow I could have imagined it (render track DSP chain, render sample DSP chain, render selection to sample, etc). What’s even the point of having that many options if they only work sometimes in particular conditions that aren’t even detailed in the manual?!

Should I change something in my settings? Maybe the sample rate? Maybe some weird little hidden option?

I think I’ll just have to quit resampling on Renoise, which is unfortunate.

This is honestly annoying and a bit painful because I love this tracker and use it on a daily basis but still haven’t got a way around this. 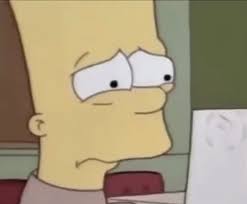 I have no problems,seems to work fine for me.Can you give a single, well explained instance?

Yeah, I already did a bunch of example projects in my last post regarding the subject but I guess it’s important to exemplify what I mean.

So I have four examples here from a project I’m working on:

Ex. A - This is a direct recording of my system’s audio output (not a render) playing a bit of the project with the fx turned on (not resampled)

Ex. B - This is a direct recording of my system’s audio output (not a render) playing a resample of the same bit of the project (render selection to sample)

Ex. C - This is a render song to disk from the resampled bit of the project

Ex. D - This is a render song to disk from the bit of the project with the fx turned on (not resampled)

Note: no master bus processing nor any other type of additional processing going on.
Both resampled and not resampled bits had the same lenght (64 lines)
Plugin used: SpecOps from Unfiltered Audio.

Yeah i tested this on my plugin,it seems to not be synced properly or something like that,Im not sure exactly,there is probably a technical explanation for this,however if you just record the sample inside renoise,it samples exactly what you hear,why not use this?

Well, if that was the case 100% of the time I’d say it’s alright, it can take longer to just render to disk and then import it back to Renoise but it isn’t the case as my examples showed, in that case the only way I could get the effect to work properly was resampling directly from my system’s audio while Renoise was playing it back. Which is honestly concerning and as I said it never happened with any other DAW I use.

It probably has something to do with the fact that Renoise is a tracker and may throw up quirks that other software does not have to deal with,i don’t know I’m not into technical details of software and code.Yeah just use the record sample function,it bypasses this problem completely.

Hmm, I haven’t messed with the record sample function yet (just for line instruments), how do I set it up so it records playback?

Go to waveform view in the sample editor and click record button,choose your soundcard from there.

Yeah, but how do I record playback tho? I’m not trying to record line input so I don’t think selecting another soundcard would make any sense in this context. I’m fiddling around with the record button to see how can I resample a pattern but so far I had no success.

You just pick whatever channels your sound card records on and press start then press done when your finished and a new sample will appear.

for what it’s worth, resampling works fine here, both with renoise instruments and vsts. I usually use “render selection to sample” if it’s something short, or open the render dialog, solo what I’m after, and use “render selection in sequence,” especially if it’s longer material. Have never had an issue with audio quality, and the workflow is streamlined enough for me.

It would be great if the render dialog had the option of dropping the render into the next available instrument slot instead of always rendering to an external destination.

I’d also love a version/adaptation of the plugin grabber for internal instruments. sometimes you want to freeze a bunch of different notes/keys of a sound and that would streamline the process.

have you checked into these?:

I don’t really fux wit em, but they seem to offer some good options

Thanks for the tools recommendation!

Lucky you if you never had issues, fortunately I don’t run into the issues mentioned (you can check the examples linked) all the time but when I do I just don’t have a convenient workaround.