Say you’re working on a sound or a track or whatever, and you build up the sound with some synths and effects. If you want to keep versions of the sounds at different stages, you have to keep rendering them out, right? Over and over again…

Use track groups to separate and capture different versions of your sound. Here’s how it works:

That’s it! Renoise saves every track to a separate file, so you’ll get one version of your sound at every group level – every layer of effects you added. To rebuild your mix, just use the top-most group renders. And now you’ve got the intermediate stages to add to your sample library, or use in a remix, or whatever you want with it. 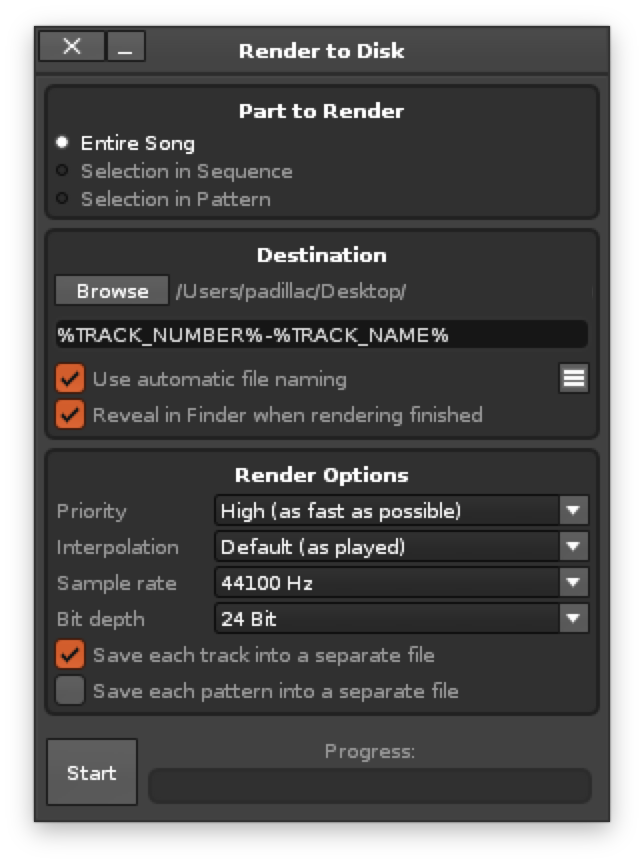 In this example I’ve made a multi-layered bass. The file “06-total bass.wav” is what I hear coming from Renoise, and the other files are the intermediate sounds that created that final sound.

You could also use it to capture each stage of a production, from arrangement to mix:

This way you can keep your “raw” stems, a lightly processed version with no creative effects or automation, and then the final version with all its crazy effects and automation.

Of course, you can add as many groups in between as you want to capture different versions of the sound… as many as your CPU will handle, anyway.