It looks like MIDI import behavior is different between 3.3.x / 3.4.x.
When importing a MIDI file that contains a channel with simultaneous notes/chords,
only one column of notes appears, and the rest of the simultaneous notes that would be in the other columns are missing,
with no additional columns created.
Two MIDI files are attached that can demonstrate what appears in the screenshot (Windows 11).
This occurs when dragging/dropping, importing from the file menu, or drag/drop directly from MIDI apps like XO, Orb, etc, also when exporting MIDI files from fruityloops or Reaper.
midi_export.mid (256 Bytes)
XO-beat_MIDI.mid (464 Bytes) 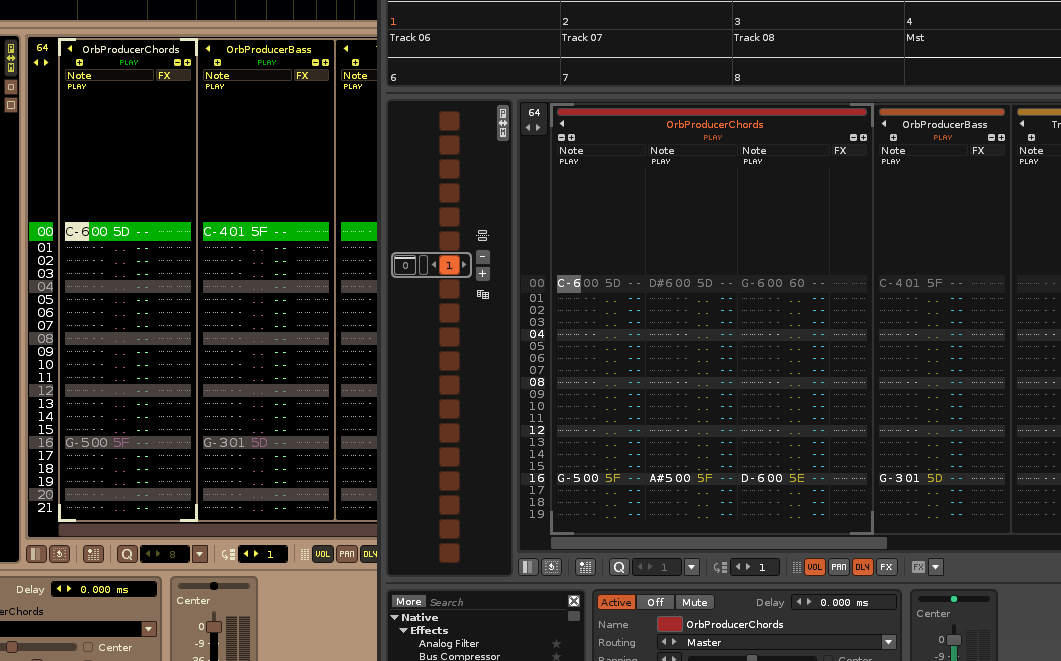 Could we get a couple more users to test? MIDI files to test with are in the OP. Thanks!

Encountered the same problem, although it seems like midi files from some sources do work and some don’t

For example, a midi file created and exported from Reaper does not import correctly, but the midi files I tested from midiworld do import correctly with multiple note columns. I can also import midiworld files to Reaper and export them again and they still work so I don’t think it’s the Reaper midi exporter that’s causing it directly.

Same issue here. Some work, some don’t. I also can’t find any noticeable difference in the midi files when I look at them in a different midi editor which is weird that they behave differently.

I’m having the same issue with 3.4.2 under OSX.
Chords created in Logic and exported as midi, will not import correctly in 3.4.2. In 3.3.2, the same file import just fine.

thanks for info. have the same problem and was looking like crazy for the issue. will now install a older version again

Looks like a regression of a some MIDI import bugfix, which has been made for Renoise 3.4.2. Working on a fix…

Hi,
(Renoise 3.4.2 on Windows 11 Home)
I found this topic because I had a massive issue with importing the attached midi file … it loo!s like the complete midi import is broken. Chords (from C1 to C5) are ignored an new notes are added? Is this the same “bug” or am I doing here something wrong?
And it is only occurung while Renoise tries to import chords …
I Know.mid (488 Bytes)

I’d love a fix for this since I introduced MIDI import into my workflow pretty heavily, and need to stick with 3.3.2 until then, which I suppose is fine :]

You are right, haha!
Renoise and Midi Files - YouTube at 0:12