What'S The Current State Of 1.8 Voting Results On Backstage?

this makes me wonder, it states:
“new votings will soon be available”

not so soon imo

but seriously, was feature-voting just a thing of the past, now revoked in favour of the current “don’t ask don’t tell” policy? (not bashing the policy, i enjoy the suprise every time) 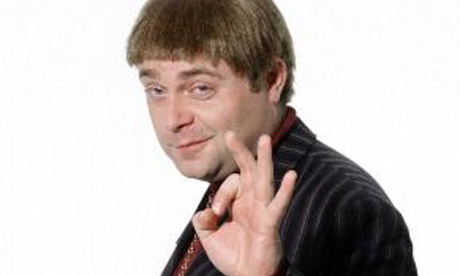 haha, i heard that “grrreat” in my head when i saw the pic! almost forgot about those sketches.

for those of you who haven’t seen it:

yeah the fast show , back in the goold old days when I had a television .
the gay landlord and his housekeeper , the fucking geezer …rofl
hilarious show

From: Why Buy?
Registered users get voting power at Renoise Backstage. You will decide which features we work on.

I was wondering about that back when I was introduced to Renoise at 2.1, but then I forgot to mention it, followed by me completely forgetting about it until just now.

I reckon it’s time for a new poll! What do you want now?

Just a proposal though! (Should I turn this into a proper forum poll, or am I hijacking what should be up to the devs to decide?)

Yes the voting more or less seems overruled by the ideas and suggestions forum these days.
We look at what is most requested in these forums and more or less attempt to get some of these options into the next version.
Also adding/ implementing suggestions done during the Beta phase also seem pleasing enough for many.

I’ve been checking that periodically since I bought 2.1 hoping they would start a new round of voting, but have been disappointed each time.

renoise is a republic, not a democracy!

It’s one of those things where if you could go in a time machine and do over, you would.

I had a small argument about this with some guy a couple of years ago stating that the beta forums are open to everyone so the feature discussion is no longer exclusive to registered users.
It is true, however non-registered users still have no access to the Beta downloads so they don’t really have a solid base experience to join the discussion either.

The device was already available since Renoise 2.6.
If you know which start-parameter to use, you can also script in 2.5 (be it that the API isn’t yet that advanced in 2.5)

We are aware of this, don’t worry, and will try our best to support mono devices on OSX in the next updates. They will behave like doubled mono channels though, as they do on windows.

We can’t include this “fix” in a small maintenance update. This needs testing and thus a big beta. Sorry.

Indeed it is. We’ll add this in the next update.

Wow, what a crap. This indeed does not work when called from a dialog.
You can use this snippet as a workaround, until we’ve fixed the real problem

–
Osx: Possible Crash On Save When Running Out Of Diskspace

Found the reason for this and fixed it for the next update. This could only happen on OSX, and only in very rare conditions. Nevertheless, it can, so it’s important to have that fixed.

Sorry guys. Totally forgot about the stutter. We obviously have put time into other stuff.
Only thing I can promise now is that we try to take care of this (and maybe other repeating alike FX) for the next Renoise updates. I don’t think we’ll manage to get that into 2.6.

I’m sad to announce this, but this definately has to be done. (Stutter depreceated/removed)
The stutter has born as an experimental device that wasn’t meant as a repeater as most of you might think. So it is changed in form to allow its usage on most common case of a repeater, but has changed over time so much and it has turned into something in between a strange unmangeable experimental device and a broken repeater.

Also my latest changes and fixes (to allow a more robust usage after the perfect dblue report) have “mutilated” it so i’m no more happy of how it works and sound.
What we will do here is to restore the version present in beta7 and deprecate it so it will only available for song made during the beta stage (or for people who still wants to enable it from the song xml). I hope you will not kill me for this (the ones that love the device as it is), but we are forced to do this cause i realize that the device isn’t good as my other creations. We will try to avoid those kind of confusion in the future.

As an excuse for this, i will promise you that the 2.6 release will feature a perfect working SYNC REPEATER device (just as you like) and some other sample mangling devices (i cannot say more here) and these will rock as any other Renoise device out there, if not more

Sorry for the confusion. I had tested this with a version which already behaved differently. In 2.7, hitting cancel on the Mac, indeed just brings up the dialog again in this case. Fixed for the next update…

yes, whoever thought that rewire would be a good idea to implement in renoise was a clever fellow

running renoise both as rewire master to reason and as slave to other daws, has really added lots of value for me

so, again, thanks a lot for rewire!

hope to see 64-bit rewire in the future… but other features like clips or loading multiple .xrns in one single renoise instance are much more important

Don’t worry, you will be able to record your mono device in the next version.

this rumors that OSX / Linux Mono Device would be coming in a next version. Or the next version. One can never say for certain what that means, however.